Ospreys Rugby are delighted to announce that Brian Mujati has committed his future to the region.

The former Springbok tight head arrived at the Liberty Stadium in February as short term cover for the injured Dmitri Arhip and Ma’afu Fia and, having started the seven of the last eight games, will remain in South Wales beyond the end of the current campaign.

Confirming that he’ll be back at Llandarcy Academy of Sport for pre-season training in the summer, Mujati said:

“I’ve settled in really well here and I’m thrilled to be staying with the Ospreys longer-term. My family is here with me and everybody has made us really welcome. It’s a good environment to be in.

“While I’m pleased to be with the Ospreys next season, we have some really important business ahead of us on the field and that has to be the focus for everybody over the next few weeks.” 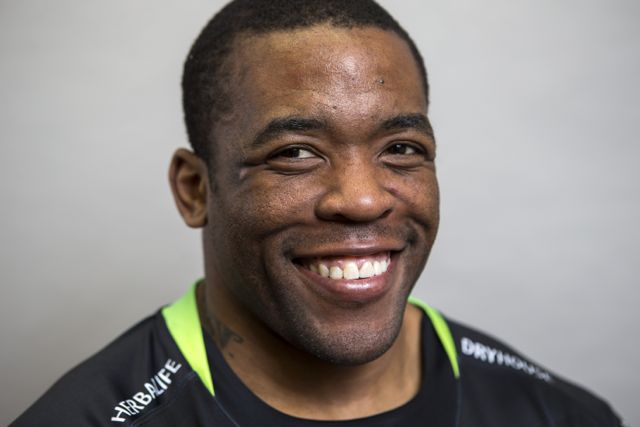 “This is excellent news. Brian has bags of experience and is a great character who has been a good addition to the squad so it’s really pleasing to be able to keep a player of his calibre.

“It’s always difficult for a player moving to a new team in-season and having to learn on the go but Brian has adapted to what we want really well, like the professional that he is. It’s the same as Kieron Fonotia, he has had to swiftly get up to speed with new structures, new plays, to do things completely differently than he’s been used to. It’s never an easy ask but Brian has settled in very well.

“With the continued absence of Dmitri and Ma’afu, Brian has had a big role to play. With a good pre-season under his belt, I think we’ll truly see the best of him.”

Capped 12 times by South Africa, Mujati joined the Ospreys from Sale Sharks having previously gained a wealth of top level experience across both hemispheres, with Lions and Stormers in Super Rugby, Northampton Saints and Racing Metro.

Sam Davies, Justin Tipuric, Dan Baker, Hanno Dirksen, Dan Lydiate (NDC) and Joe Thomas have all signed new contracts with the region for next season while Wales backs, Cory Allen and James Hook, have been confirmed as additions to the squad ahead of 2017/18.