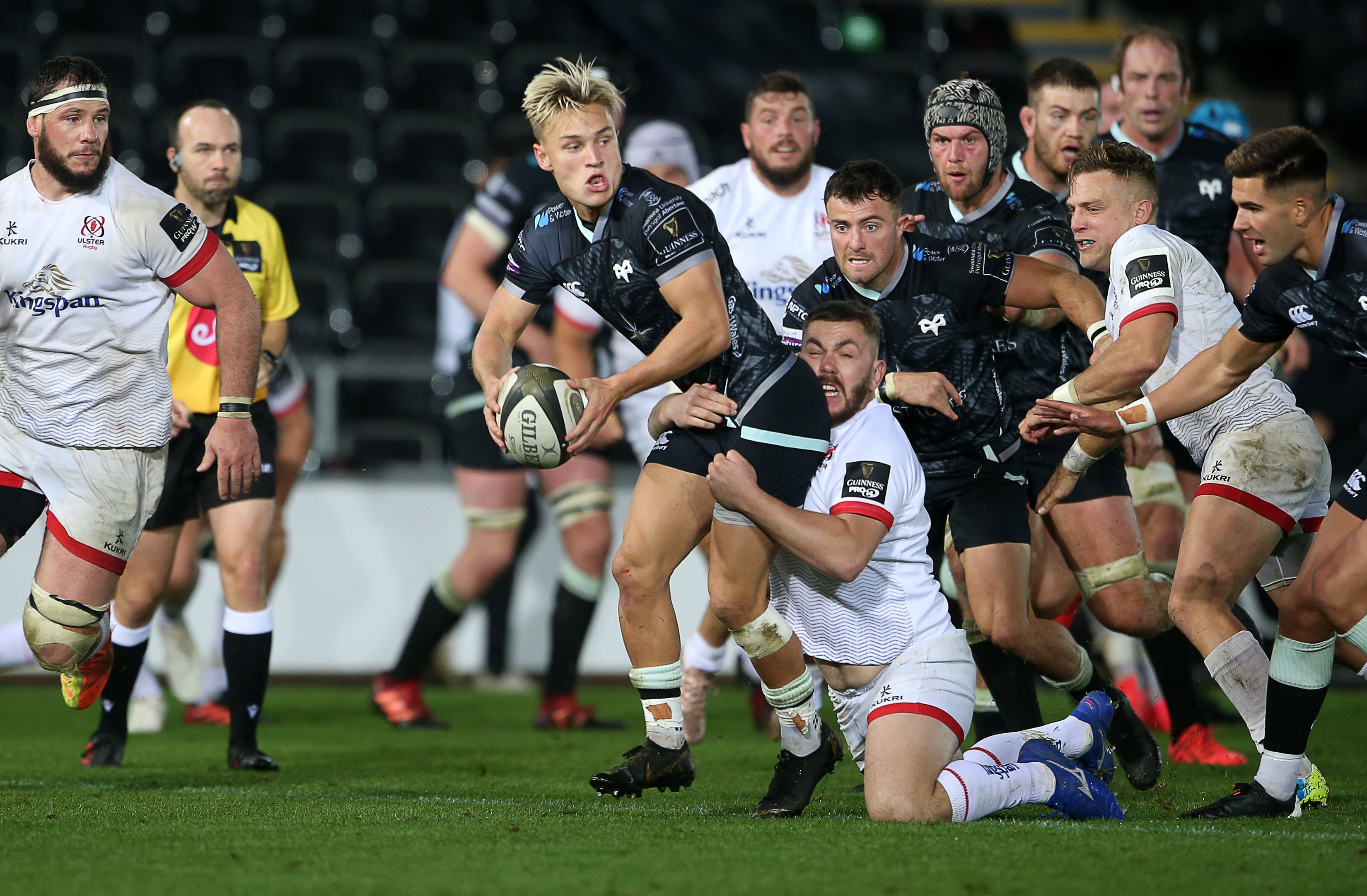 Morgan extends stay at the Ospreys

The Ospreys can announce Wales U20s scrum half Harri Morgan has signed a new deal to stay at the Liberty Stadium.

Morgan, 21, has extended his contract at the Ospreys with a new two-year deal.

The half-back is another product of the Ospreys Player Pathway Programme, having played for the Ospreys Academy, Bridgend and the Ospreys Development side.

An exciting and livewire scrum half, Morgan made a try-scoring Ospreys debut against Pau in the European Challenge Cup back in 2018.

At 18 years and 211 days he became the first player born this century to play for the Ospreys in an European or Guinness PRO14 game.

Morgan has played nine games and scored two tries for the Ospreys.

“The Ospreys are my local club and I am a local boy, with the talent we have coming through and the senior players here, it’s just an honour to represent a club I grew up watching.

“I am just really excited about the future with Toby and all the coaches here. The club is heading in the right direction, from the top down, and I want to be a part of that.

Harri Morgan
"The Ospreys are my local club and I am a local boy, with the talent we have coming through and the senior players here, it’s just an honour to represent a club I grew up watching."

“It’s an exciting place to be, with the opportunity that has been given to the younger players, and it’s all here for you if you deserve it.

“There is real competition at scrum half at the Ospreys, and that is a good thing and means there are people to learn off and real competition for places. It is a healthy environment to be in and makes you thrive.

“I just want to learn and improve my game, and be part of a successful team and play my role at the Ospreys.”

“Harri is an exciting prospect at scrum-half and has shown he has the ability to really break open a game.”