Meet YOUR team this Saturday

The players will stay out pitchside after the final home game of the season, against Ulster this Saturday, to meet supporters and say thank you for your continued support.

It’s become a well established Ospreys tradition for the final home game of the season to be rounded off in this way. Once the final whistle has been blown on what will hopefully be a famous Ospreys win to keep the team well and truly in the PRO12 title race, the squad will stay out signing autographs and posing for photographs, getting to know the people they represent when wearing the black shirt.

Supporters are encouraged to remain in the stands at the final whistle and, once post-match formalities have been concluded, the players will return to the field before joining supporters on the sidelines.

Saturday’s game is building up to be a huge occasion with the two sides, currently in fourth and fifth place, needing a victory to cement a play-off spot with one round of fixtures remaining after this weekend and your support will be absolutely crucial.

Tickets are available to buy now at www.ospreysrugby.com/buytickets or you can call into the Liberty Stadium Ticket Office.

The Ticket Office is opens between 10am and 6pm on weekdays and from 10am on Saturday. Supporters can purchase both match tickets and season memberships throughout Saturday but are respectfully advised that from 2.00pm onwards the Ticket Office is dedicated to match day sales only. Your understanding and co-operation is appreciated. 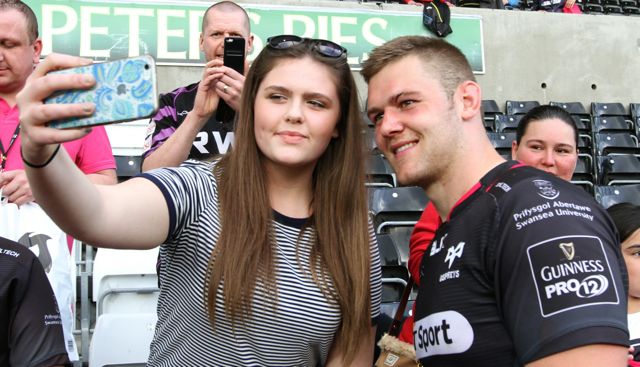 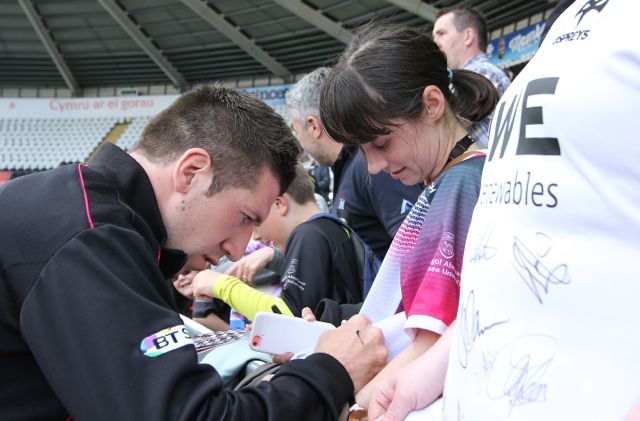