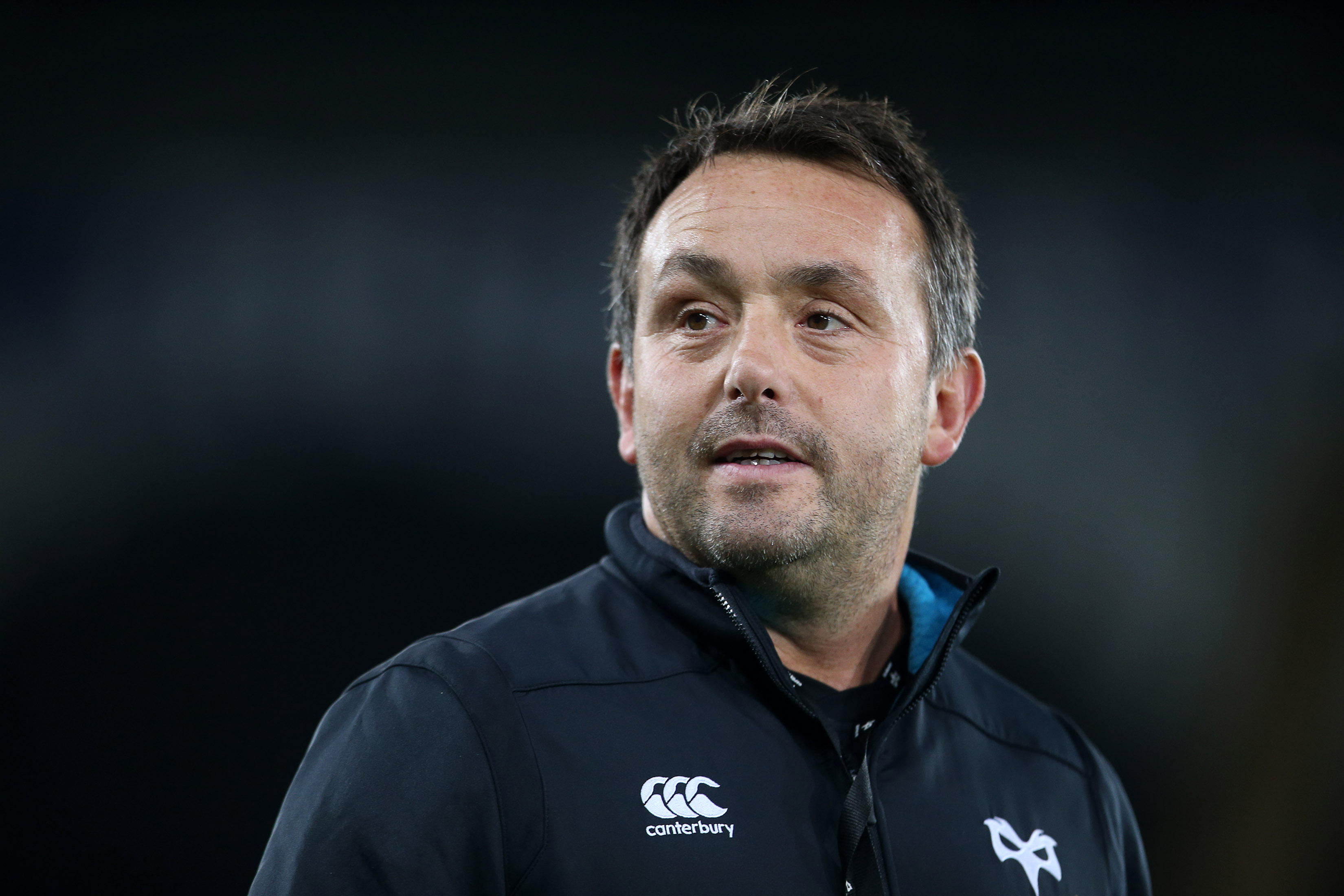 Matt Sherratt will leave Ospreys Rugby as Backs Coach at the end of the season.

Matt, who took up his role at the region at the beginning of the 2018/19 season, has requested an early release from the final year of his contract in order to spend more time with his young family.
Sherratt joined Ospreys from Cardiff Blues following spells with Bristol Bears and Worcester Warriors, supporting the Welsh national team for a short period as Backs Coach during that period whilst Warren Gatland was away on Lions duty.

General Manager of Rugby at the Ospreys, Dan Griffiths said of his departure; "We're sorry to see Matt leave the club at the end of the season, he's been an important member of the coaching staff but being a father of two young children myself, I understand his reasons for wanting to spend more time with his family".
We want to thank him for his efforts, and I know he will continue to bring a clarity and enthusiasm that helps the coaching team drive performance throughout the remainder of the season.

As a club we want to play a fast, attractive, successful brand of rugby. Moving forward the focus will be on recruiting an attack coach, and players, that will add quality to what we have and help us achieve this."

Matt Sherratt
"I've loved being part of the Ospreys set-up, and remain absolutely committed to our collective efforts between now and the end of the season."

Head Coach of the Ospreys, Allen Clarke said: "I'm disappointed Jockey (Matt Sherratt) has decided to move on but recognise and respect his desire to be closer to his family. He's been great to work with and he'll be missed by players and staff alike."

Sherratt, who was a key member of the coaching team that led the Ospreys to Champions Cup qualification with five consecutive wins at the end of last season, said:

"It's been a tough decision to make but it is the right one for my family who must come first and I'm thankful to the Ospreys for understanding my situation. I've loved being part of the Ospreys set-up, and remain absolutely committed to our collective efforts between now and the end of the season to climb the PRO14 table and perform well in Europe, while taking my time to decide on what the next move is for me professionally."