Josh Matavesi has agreed a deal with Newcastle Falcons and will move to the Aviva Premiership side in the summer.

The Fijian international has been sidelined for the last four weeks with a shoulder injury, picked up ironically in the Challenge Cup win over the Falcons at Kingston Park on 21st January.

“Josh came to us to discuss an offer he had received from Newcastle for next season, the final year of his contract, which he wanted to take up. We considered his request to be released early from his contract and feel that with the depth we have in place here already and given Josh’s particular circumstances that it’s best for all parties to allow him to take up this offer.

“We currently have Ashley Beck, Ben John and Kieron Fonotia here competing for places, James Hook returning in the summer, and two exciting youngsters in Owen Watkin and Joe Thomas, along with the announcement today of Cory Allen, all competing for the two centre spots next year.

“We expect Josh to continue giving 100 per cent for us between now and the end of the season.”

Speaking about his return to the Premiership, a competition he knows well from his time with Exeter Chiefs and Worcester Warriors, Matavesi said:

“Rugby is a short career and I’ve had an opportunity to secure the future for myself and my family, my wife and children which I felt I had to take.

“While I’m going to face a new challenge next season, my focus is entirely on the Ospreys and playing my part on what promises to be an exciting end of season. I’ve really enjoyed my time with the Ospreys and want to help ensure I end my three years on a high with everything to play for in two competitions.”

Matavesi originally arrived at the Ospreys in the summer of 2014 from Worcester Warriors, since when he has scored 52 points in 70 games, including eight tries. 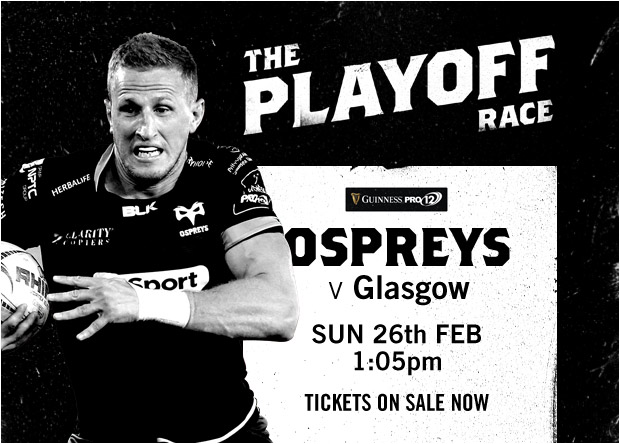