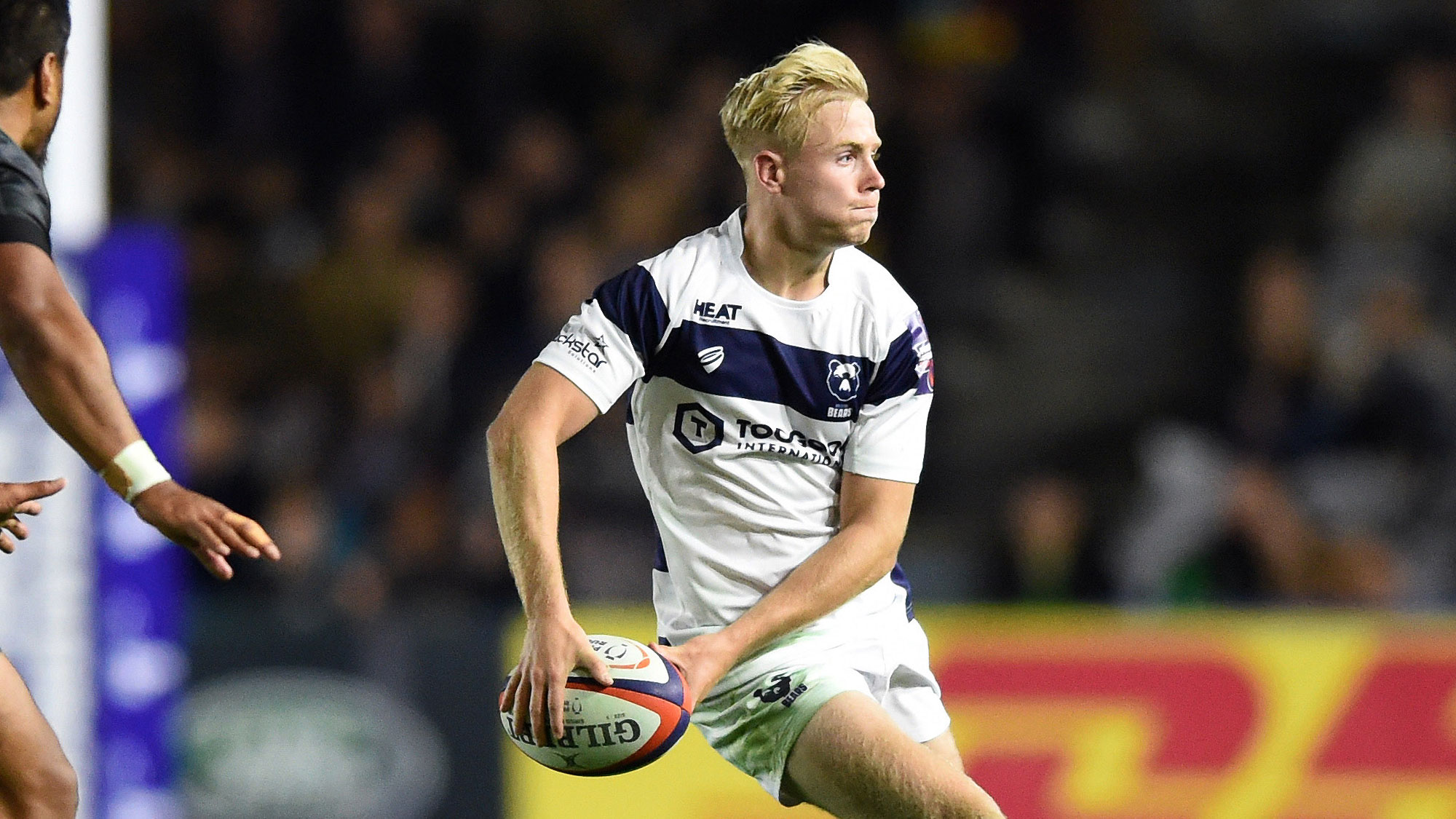 Fullback Mat Protheroe has signed a two-year deal to join the Ospreys next season.

The Swansea-born back three player, who can also play fly half, is currently with English club side Bristol Bears.

Mat Protheroe
"I grew up watching those players. Having the chance to follow in their footsteps is a big thing for me."

Protheroe, 23, is an exciting Welsh-qualified talent who has scored some thrilling tries across the Severn Bridge.

After playing most of his rugby in the professional ranks in England, Protheroe returns home to the city and team he watched as a young boy.  He is the second new signing for the Ospreys next season, following scrum half Rhys Webb in December.

"I am a Swansea lad and I grew up watching the Ospreys," said Protheroe.

"James Hook, Shane Williams, Tommy Bowe, Jonathan Thomas, Filo Tiatia and Lee Byrne were the players I used to turn up at the Liberty to watch as a young boy.

"I grew up watching those players. Having the chance to follow in their footsteps is a big thing for me.

"It's just a really exciting challenge for me. I have never played in the Guinness Pro14, which is a new league for me, so it's just exciting for me and I am really looking forward to the challenge."

Protheroe won a scholarship to the famous Hartpury College as a teenager and represented England at U18 and U20 level.  He scored seven tries in 14 games for Hartpury RFC in National League One in England in 2015.

He signed his first professional contract with Gloucester Rugby in the same year, before he left to join Bristol Bears in the RFU Championship from the 2017-18 season. Protheroe lit up Ashton Gate, winning try of the season for his length of the field effort versus Cornish Pirates in 2018.

Dan Griffiths, Ospreys Rugby General Manager
"We are delighted to bring Mat back home, and I know how excited he is to become an Osprey."

But now he has set himself the goal of emulating the Ospreys side he supported as a boy and to win some silverware at the Liberty Stadium.

"When I was watching the Ospreys growing up, they were always the most successful region, and were always winning trophies and fighting for trophies," said Protheroe.

"It's an ambition of mine to win trophies and silverware and I always strive to do that.

"I know the Ospreys have had a tough few months, looking in from the outside but the talent pool of young and experienced players they have, I just know they can compete at the top end of Europe and on a domestic level.

"So the goal I have set myself is to win trophies."

While establishing himself in the Ospreys shirt is the priority for Protheroe, he admits he does have ambitions to play for Wales.

"Being a Welsh kid and playing rugby in Wales, the ultimate dream is to represent your country," said Protheroe.

"That is a goal of mine but to do that I have to get game-time and prove myself at the Ospreys first.

"So I know I have to put in back-to-back performances, week-in week-out, for the Ospreys to stand any chance of playing for Wales.

"But it's definitely an ambition of mine to play international rugby for Wales."

Dan Griffiths, the Ospreys Rugby General Manager, underlined that Protheroe is an exciting addition to the squad at the Liberty.

"We are delighted to bring Mat back home, and I know how excited he is to become an Osprey," said Griffiths.

"He is a potent attacking weapon who brings pace and x factor, as his performances, and the tries he has scored in the Premiership this season have shown.

"But more than that, Mat is a very good footballer, with a strong kicking game and excellent distribution skills which will also create opportunities for players around him.

"It's an exciting time for Mat, as a young, talented, ambitious player to become part of the vision of the club. He will be an excellent addition to our squad and someone who will excite fans alongside the pace and power we have in our back three."