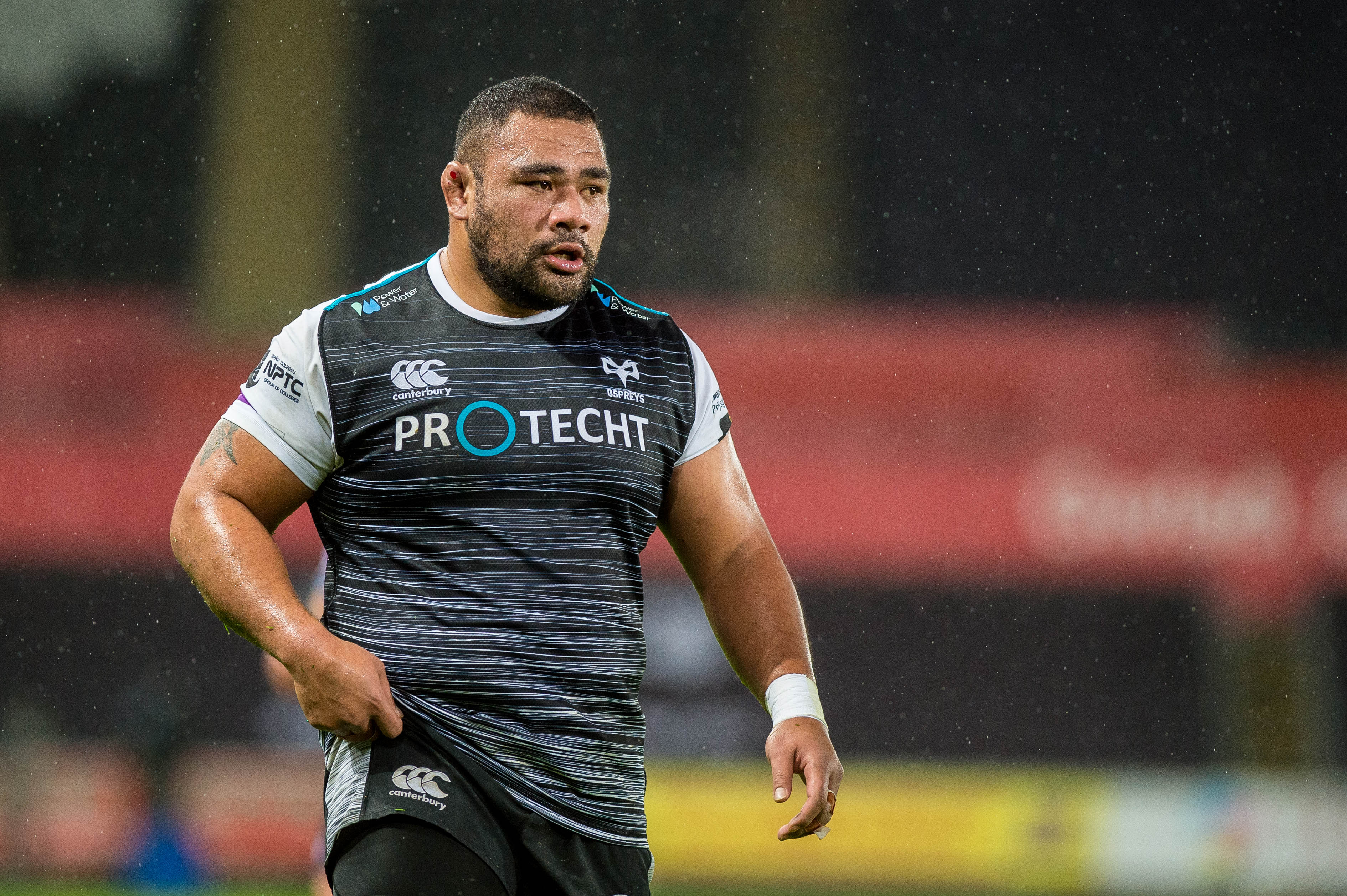 PROP Ma’afu Fia has signed a two-year deal to extend his stay at the Ospreys.

The Tongan-born tighthead becomes the latest player to commit his future to the Liberty Stadium.  Fia, 30, joined the Ospreys back in 2015.

“I have enjoyed my time here even though this season has not been the greatest season but the boys make this a good place to come to work,” said Fia.

“I have a young family who are quite settled in Wales now and you don’t just want to uproot and leave. My oldest has just started school here and that was a big factor in staying here.

“I enjoy Wales and the rugby here.  I always try to do my best on the field, and I always want to lend a hand, especially to the younger boys."

Ma'afu Fia
“I enjoy Wales and the rugby here.  I always try to do my best on the field, and I always want to lend a hand, especially to the younger boys.”

Fia played for Tonga in the recent 2019 World Cup in Japan and was the IRB Junior World Championship with New Zealand in 2009. He also played Super Rugby for the Highlanders in New Zealand between 2012 and 2015.

He struggled with a knee injury last season but is hoping he will get a clear run of games from now and until the end of the campaign.

“It has been pretty frustrating, especially last year,” said Fia.

“I turned up for pre-season last season and was in pretty good nick and then picked up a niggle which pretty much lasted for the whole of the campaign and I missed half the season because of the injury.

“This season has been pretty good, touch wood, I had a bit of a hiccup with the knee after the Munster game, but that is behind me now.

“The injury hasn’t helped me, I am really looking to get some consistency in form and a run of games. This season has been pretty good but you need game-time and hopefully it happens from now on.

“There is a lot of competition for places here, and that is good and always means training is good and that always helps the team.”

Dan Griffiths, the Ospreys Rugby General Manager, underlined Fia’s contribution to the side and his ability come scrum-time but also around the field.

“Ma'afu has shown this season what he is capable of, and his performances, particularly through some tough European games have been excellent and certainly caught the eye,” said Griffiths.

“He is a natural footballer, and his ability to carry, distribute and score a few tries this season has shown what he can bring to the team, alongside his quality work at the scrum.

“Tight Head is a critical position, and the aim is to ensure we have a good depth of quality and competition. Alongside Tom Botha, we have two players at Tight Head that work hard and are good men in the environment.

“I know Ma'afu and his family are settled and happy in the region, and he has a desire to commit to the club and be a part of its future.

“We have to have a strong platform at set piece to build our game from, and Ma'afu is a player that will give us that and more, and we are delighted to have him stay at the club.”