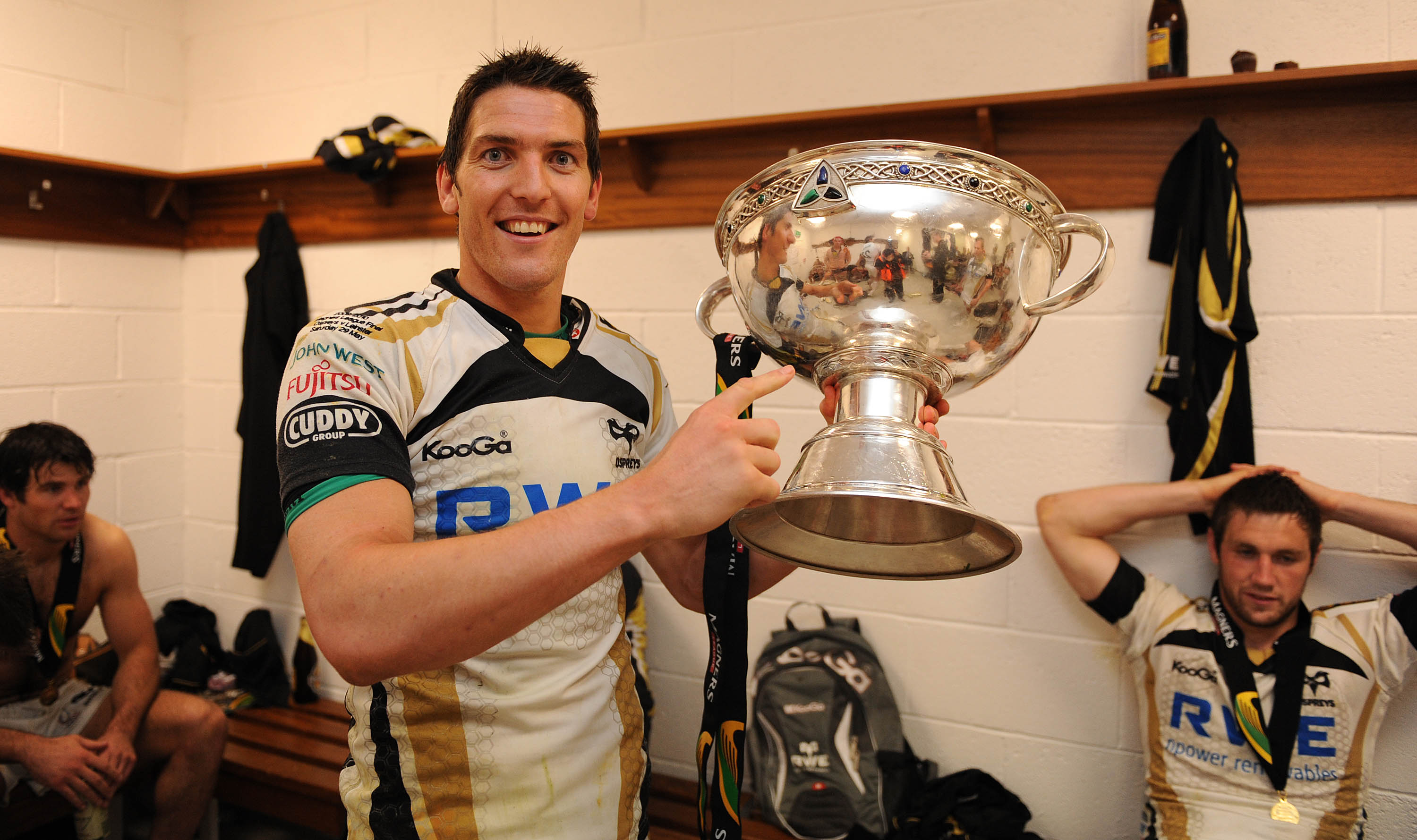 A look back at Hook

After announcing his retirement at the end of the season, we take a look back at the esteemed career of James Hook.

Hook began playing rugby as a junior at Aberavon Quins, before moving onto play for Aberavon Youth and Tata Steel. His senior debut came with Aberavon Wizards against Maesteg back in February 2004. His Ospreys debut came seven months later, off the bench against Cardiff Blues in a 39-3 win, aged 19 years old.

Along with Alun Wyn Jones, Hook was one of the first two players signed on a development contract that year following the formation of the first WRU National Academy in 2005. Young Hook then went on to establish himself in the Premiership with Neath.

His standout performances caught the eye of the national side, and Hook went onto earn his first international cap before making his first start for the Ospreys even. Hook came off the bench to score a try in a 27-25 defeat against Argentina in 2006.

His first Ospreys start was on the opening weekend of the 06/07 season. He made 25 appearances that season and helped guide the region to a Celtic League title and runners-up spot in the EDF Energy Cup Final.

Hook was named in Warren Gatland's first Wales starting line-up, scoring 16 points for his country against England in 2008. Wales won the game 26-19, the first time the side had won at Twickenham in 20 years. Hook featured in all 5 games of that tournament, slotting 44 points in total as Wales went onto win the Grand Slam.

That same year, the Ospreys reached the EDF Energy Cup Final facing Leicester in the final again. A starring role by Hook saw the fly-half slot 13 points as the Ospreys claimed the silverware in a 23-6 win.

The following year, Hook was named in the 2009 British and Irish Lions side to travel to South Africa. He scored 35 points on the tour, playing in 6 tour matches.

Returning to the Ospreys, Hook featured heavily in the regions 2009/10 Magners league campaign, where the Ospreys went onto lift the trophy.

By the end of the 2010/11 season, Hook went in search of pastures new and linked up with Perpignan in France's T14 competition, though continued to play for Wales. Indeed, Hook featured in the 2012 Grand Slam and the 2013 Championship win for Wales.

He returned to the UK ahead of the 2014/15 season, signing for Gloucester in the English Premiership. During his time with the Cherry and Whites, Hook helped the side to European Challenge Cup success, claiming a 19-13 victory against Edinburgh in the final.

Hook made his last appearance for Wales in the 2015 Rugby World Cup quarter-final loss to South Africa. During his time in the Welsh jersey, Hook made 81 appearances, scored 352 points and crossed the try line 13 times for his country, making him the fifth highest scorer ever for the national team.

Hook returned home to the Ospreys at the start of the 2017/18 season. A crowd favourite, Hook currently sits in 2nd place in the all-time points scorer list with 841 and has made 149 appearances. All told, he's dotted the ball over the whitewash 19 times and slotted the ball through the sticks 290 times for the region.

James Hook
"I just want to say a massive thank you to everyone who has supported me over the years. As players we appreciate supporters so much. They really do make a huge difference"