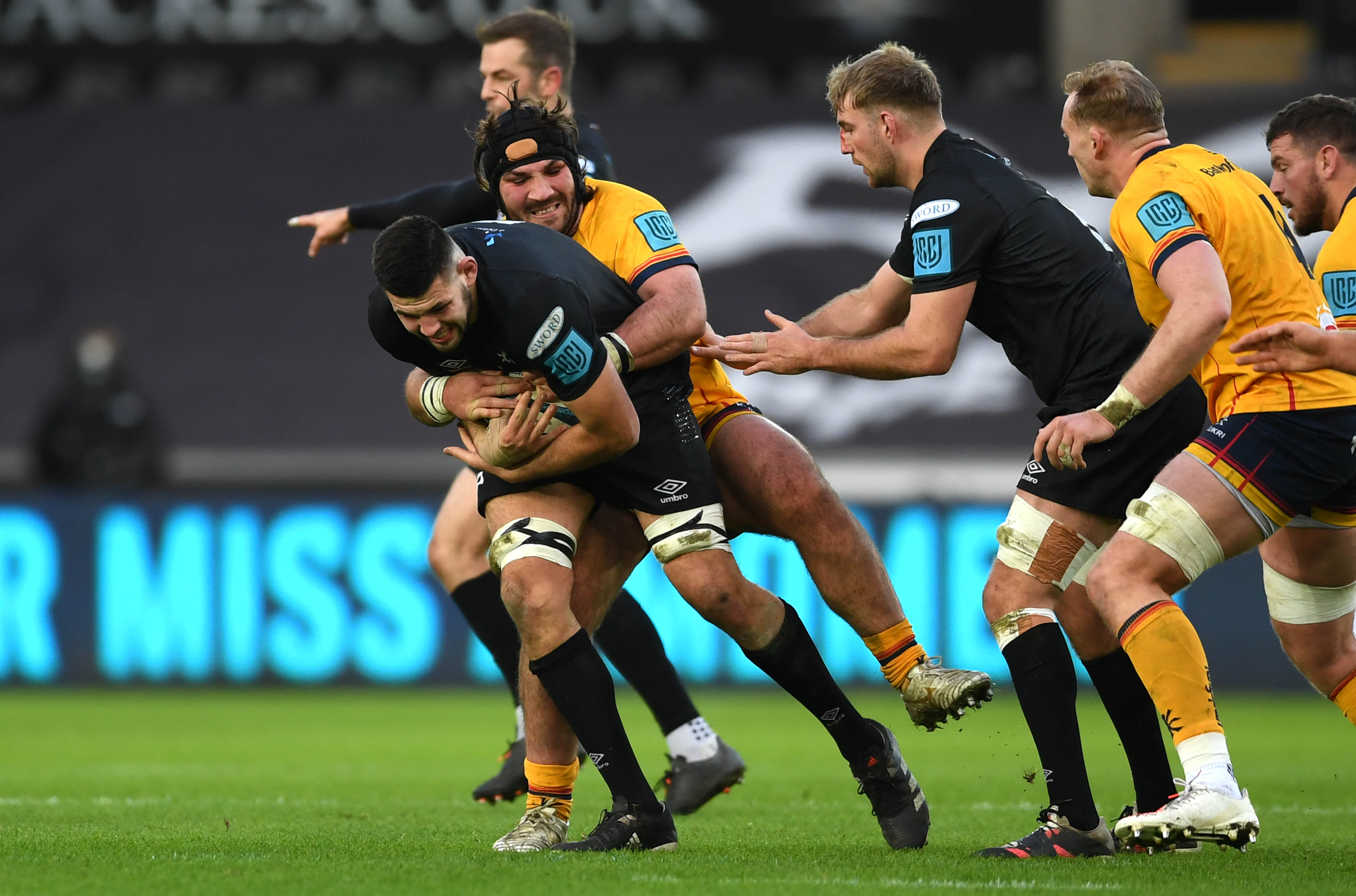 The Ospreys are proud to announce lock Rhys Davies has signed a new deal to stay in Wales.

The Swansea-born second row has agreed a three-year contract to stay at the Swansea.com Stadium.

Davies, 23, returned to his home region from England two years ago and was called up to the Wales squad during the recent Autumn Nations Cup campaign.

The 6ft 6ins front five forward has consistently produced impressive performances in an Ospreys shirt since his debut against Leinster in 2020.

He has played 30 games for the Ospreys and his all-action performances have seen him emerge as a cult-figure amongst the Ospreys supporters.

Davies had been linked with a return across the border but he has now committed his future to the Ospreys.

“It was flattering to be talked about but the Ospreys is the only place I want to be.

“I really enjoy coming to work each day at the Ospreys and I feel I have grown as a person and a player here. I feel like I am learning all the time and I really enjoy working with Toby and the coaches here.

“Joining the Ospreys has been everything I hoped for and it’s been brilliant. There are no cliques in this team and we all train hard and play hard for each other.

“I know I have to keep playing as often as I can to cement my place here, but ultimately rugby is about winning, and the Ospreys want to win.

“We are definitely building a team here to achieve that and to compete at the highest level.”

Rhys Davies
“Joining the Ospreys has been everything I hoped for and it’s been brilliant. There are no cliques in this team and we all train hard and play hard for each other."

“Second row is a highly competitive position at the Ospreys, with Welsh internationals and British and Irish Lions all vying for places.

“Rhys’ development is a credit to his work ethic and desire to get the best out if himself and is why his performances caught the eye of clubs across the border.

“His decision to stay is testament to the programme we have at the Ospreys and the opportunities he has been given to prove himself.”