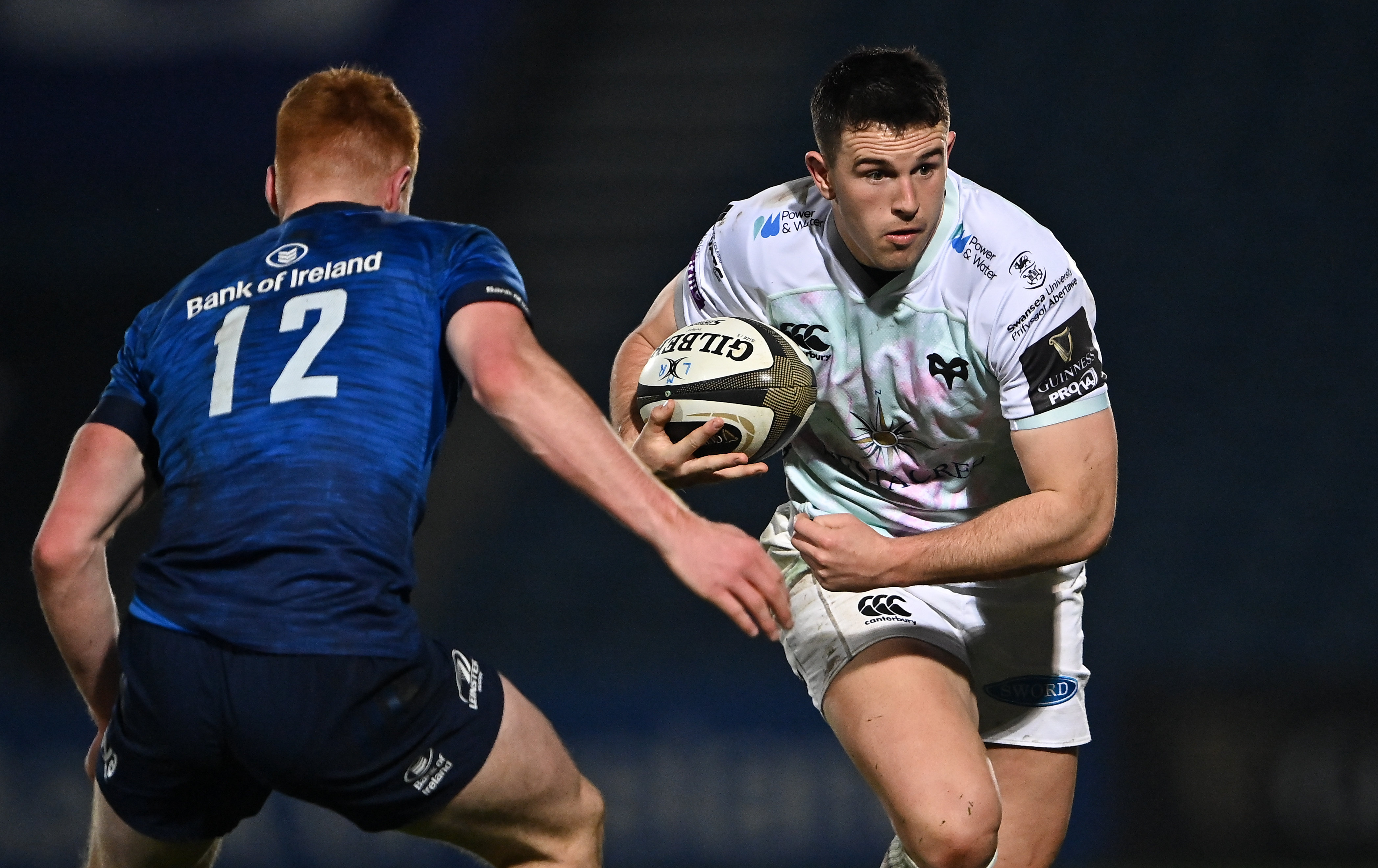 The first score of the game came through Leinster’s outside half Harry Byrne, making the most of the man advantage after Ma’afu Fia was yellow carded for being offside.

Ospreys struck back through the boot of outside half Luke Price, who clawed three points back for his side with a penalty

An error from the following restart, gifted Leinster centre Jamie Osborne a simple score in the corner to take his side nine points clear with ten minutes remaining of the half.

It didn’t take long for Leinster to nab their third try through Byrne once more, who converted his own score once more and Leinster found themselves with a 16-point buffer after only four minutes played of the second half.

The Ospreys attacked relentlessly but it wasn’t until replacement Leinster winger Andrew Smith was shown a yellow card for a high tackle that the momentum really swung in the visitors’ favour.

Ospreys immediately capitalised on the situation, hurling man after man at the stubborn Leinster defence until replacement backrower Olly Cracknell found a gap and dived under the posts from short range. Replacement outside half Josh Thomas converted the score.

Moments later, Ospreys stunned the hosts with another score. Flanker Morgan Morris kicked a loose ball towards Leinster’s line, hunted the last defender down, and turned the ball over expertly. It was the power of centre Owen Watkin that secured the try, driving through the attempted tackle of Leinster talisman and lock Devin Toner, and grounding the ball over the line.

Things hit a crescendo just minutes later, as a charged down kick from outside half Thomas was regathered by the youngster and scored under the posts to give Ospreys a five point lead with only five minutes left to play.

Under a minute remained on the clock as Leinster held onto possession before replacement hooker Dewi Lake secured another dramatic turnover, allowing the Ospreys to run the clock down and secure a famous victory at the RDS.

It was a brave and heroic performance from the visitors, with the young guns in the squad having a real impact on the outcome of the game.