The Ospreys have today confirmed the appointment of Johnny Claxton as Head Strength & Conditioning Coach.

The arrival of New Zealander Claxton is a major coup for the region, with the Aucklander enjoying a worldwide reputation for excellence in his field, after 14 years experience of managing elite-level high performance programmes with some world leading institutions.

Claxton has also worked for the NZRU, with the New Zealand Sevens team on the IRB World Series specifically, while other organisations he has worked with include New Zealand Warriors rugby league side in the NRL, New Zealand Women’s Hockey, and four years with Samoa’s Sevens team.

He will move to the region along with his wife Jaimee, herself a former New Zealand hockey international and double Olympian, and their two boys, taking up his new position next week.

Looking ahead to the challenge he faces with the Ospreys, Claxton said:

“From both a personal and a professional point of view, the Ospreys are an organisation that is well known to me, an organisation with real potential to move forward over the next few years.

“It’s really exciting to be coming on board at a particular point when the business is rebuilding and looking to the future with real optimism and, talking to Steve and the coaches, it’s obvious that they believe that the team can really develop into something big.

“I’ve enjoyed being fortunate enough to have the experience of working within successful club and international set-ups over the course of my career, and to be associated with that success. Joining the Ospreys, I’m going into another role where there are high expectations, internally and externally, and that’s good. As this young group of players develops I’m looking forward to playing a part in the future success of Ospreys Rugby.”

“This appointment is not just a huge coup for the region, it speaks volumes about our intentions as an organisation moving forward. Johnny has a proven track record of excellence in high performance sporting environments with a range of different organisations and that experience will now benefit the Ospreys as we plan for next season and beyond.

“He is a hands on coach with exciting ideas about strength and conditioning but he also has a strong theoretical and academic background and will bring fresh ideas to our environment, enabling the exciting young squad that we have to really kick on physically.

“Everybody involved with the Ospreys should be excited that we have a genuine world class talent joining our management group who will also be able to grow the staff around him in the strength and conditioning team to help us achieve our long-term goal of sustainable success on and off the field.”

Claxton replaces Mark Bennett at the Ospreys, who has opted to pursue other options after his contract expired at the end of the season following five years with the region. 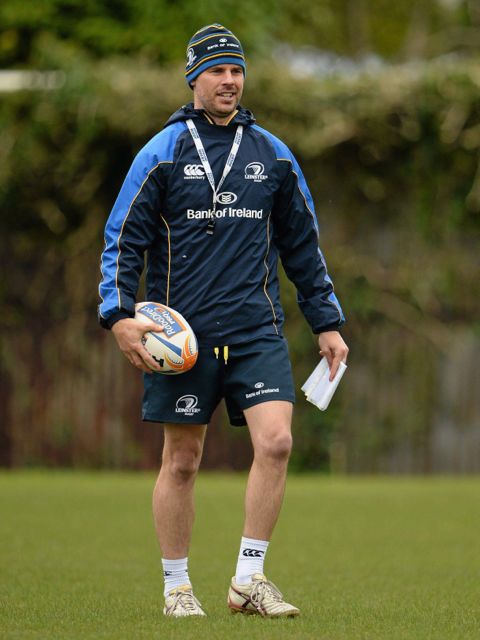