The Ospreys will welcome back a familiar face to the region this summer after confirming the appointment of Alex Lawson as Head of Strength & Conditoning.

Lawson will replace Johnny Claxton ahead of 2017/18, the New Zealander leaving the Ospreys at the end of the season after three years with the region to join Grenoble in France.

The appointment sees Lawson linking back up with the region seven years after he left to head up the S&C team at the Dragons having been part of the coaching set-up at the Ospreys since the inception of regional rugby.

The 43-year old then headed to Japan in 2014 to work with Filo Tiatia at Toyota Verblitz before joining the WRU staff for the recent Six Nations and the forthcoming summer tour.

Prior to his S&C work, he played more than 50 times across the backline for Swansea RFC in a career that saw him also play for Newport, Pontypridd, Llanelli and Harlequins. 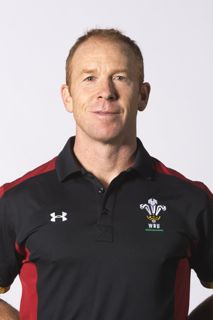 Speaking about his appointment, Lawson said:

“The Ospreys are very much my region, it’s where my family live, and I’m returning to my roots. I’ve got big shoes to fill in replacing Johnny Claxton but I’m excited to have the opportunity to rejoin an organisation that is as ambitious and hungry for success as ever. It’s a region that has achieved such a lot and I was proud to share in the on field successes in my last spell.

“When I left seven years ago it was I order to progress as a coach, taking a head coach role for the first time. I’ve gained a huge variety of experience that I believe will be allow me to contribute positively to the environment.”

“We are delighted to welcome Alex back to the fold. He’s someone who learnt his trade with the region before making the choice to step out of his comfort zone and go off into different environments to improve and develop as a coach and an individual.

“He returns as an experienced, respected and innovative head of department, someone who can really have a positive impact at the Ospreys over the coming seasons. He’s replacing Johnny Claxton, someone who has made an impact of his own over the last three years and will be moving to pastures new at the end of the season.

“Alex will bring fresh eyes to the environment, his own way of doing things and, along with our new Forwards Coach, Allen Clarke, will want to use their views and experience to build on the excellent work already being done at the Ospreys.” 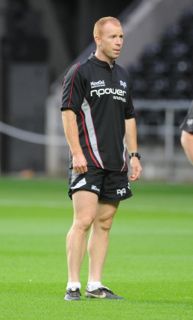 “Looking around at Llandarcy, there are many familiar faces but it’s a different place to the one I left behind, a different environment. So much has changed, not least in that people I coached are now leading the way in the business as coaches and management, testimony to the development ethos at the Ospreys.

“I’m delighted to be back. I understand the pressure to succeed, the ambition to be the best, and I share that ambition. It’s an exciting challenge that I’m really looking forward to getting stuck into this summer.”