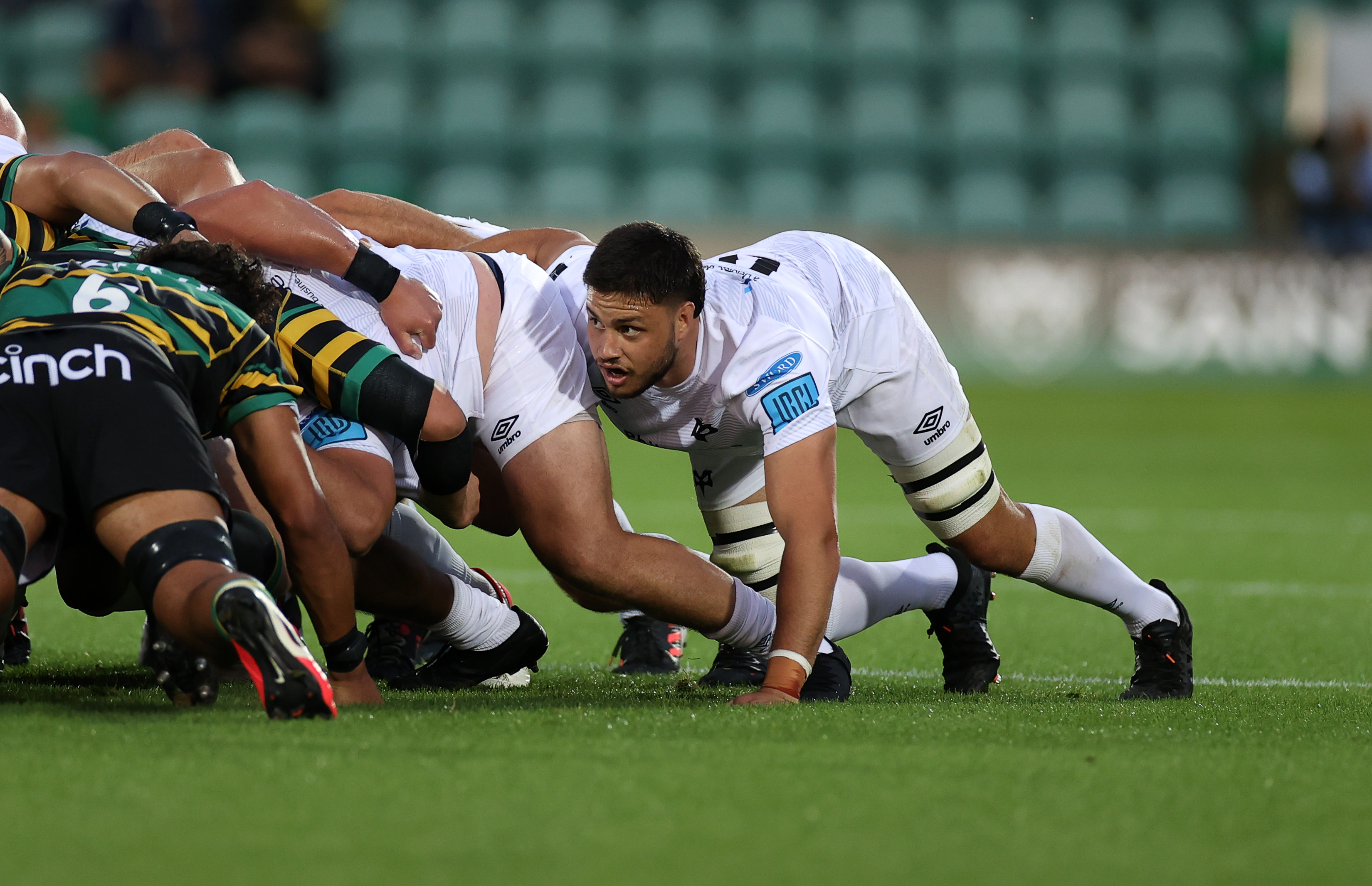 Kiwi backrower Roots keen to live the dream at the Ospreys

BACKROWER ETHAN ROOTS knows he has some big boots to fill after discovering the Kiwi legacy at the Ospreys but he is determined to live the dream at the Swansea.com Stadium.

Roots, 23, came on loan as cover for fellow flanker Dan Lydiate and signed a two-year deal to stay with the regional rugby franchise in the summer.

He played for the Maori All Blacks and was selected for the Crusaders squad after an impressive campaign for North Harbour in New Zealand’s Mitre 10 Cup before he arrived in Swansea last season.

“The Ospreys is really heading in the right direction, the things Toby is doing are working really well and there is a good group of boys here,” said Roots.

“I am just excited about what is to come at the Ospreys.

“Swansea really resonated with me and is pretty similar to home, and I have felt really welcomed here.”

Ethan Roots
“I am just excited about what is to come at the Ospreys."

As a backrower and player who can cover the back five of the pack, Roots is well aware that he has been given an opportunity to learn from the best in the business at the Ospreys.

Lock Alun Wyn Jones, flankers Justin Tipuric and Dan Lydiate have all made an impression on the former Canterbury Crusader.

“They are just world class guys, they have been on Lions tours and play in my position as well, especially someone like Dan Lydiate, who is someone who does things I know I have to build my game around,” said Roots.

“To be at the Ospreys and to learn, just be around and watch them, adopting the standards they have, which they never compromise on, is living the dream.”

The Aucklander is the latest New Zealander to sign for the Ospreys and he admits the late former All Black and Osprey, Jerry Collins, is a personal hero, but he was not fully aware of the number of All Blacks who had played at the Liberty Stadium.

“I knew Jerry Collins had been here but I didn’t realize how many Kiwis, and how many really good kiwis had come over. There are big boots to fill here. Jerry was very similar to Jerome Kaino, both knew their role inside and out, producing performances week in and week out. That is what I aspire to be.“

Ethan Roots
“To be at the Ospreys and to learn, just be around and watch them, adopting the standards they have, which they never compromise on, is living the dream.”

Roots was one of number of key signings made by the Ospreys in the summer, including props Tomas Francis and Ben Warren, centres Michael Collins and Osian Knott, flanker Jac Morgan, lock Jack Regan, wing Alex Cuthbert and experienced hooker Elvis Taione.

The Ospreys kick off the inaugural United Rugby Championship campaign, which includes the ‘big four’ South African sides – the Vodacom Bulls, the Cell C Sharks, DHL Stormers and Emirates Lions – with a classic Welsh derby away to the Dragons at Rodney Parade on Sunday, September 26 (Ko 2pm).

The Ospreys will then play Cardiff Rugby in a second Welsh derby when they welcome back the Ospreys faithful back to watch live rugby for the first time in 18 months at the Swansea.com Stadium on Saturday, October 2nd (KO 7.35pm).

The launch of the URC, with the introduction of the big four South African teams, is another part of life at the Ospreys, Roots is looking forward to.

“It’s very exciting, they will bring a different challenge and style of game, and playing over there will be a new experience as well,” said Roots.

“The whole competition will benefit from having them in the tournament and it will be a great experience for the boys.”