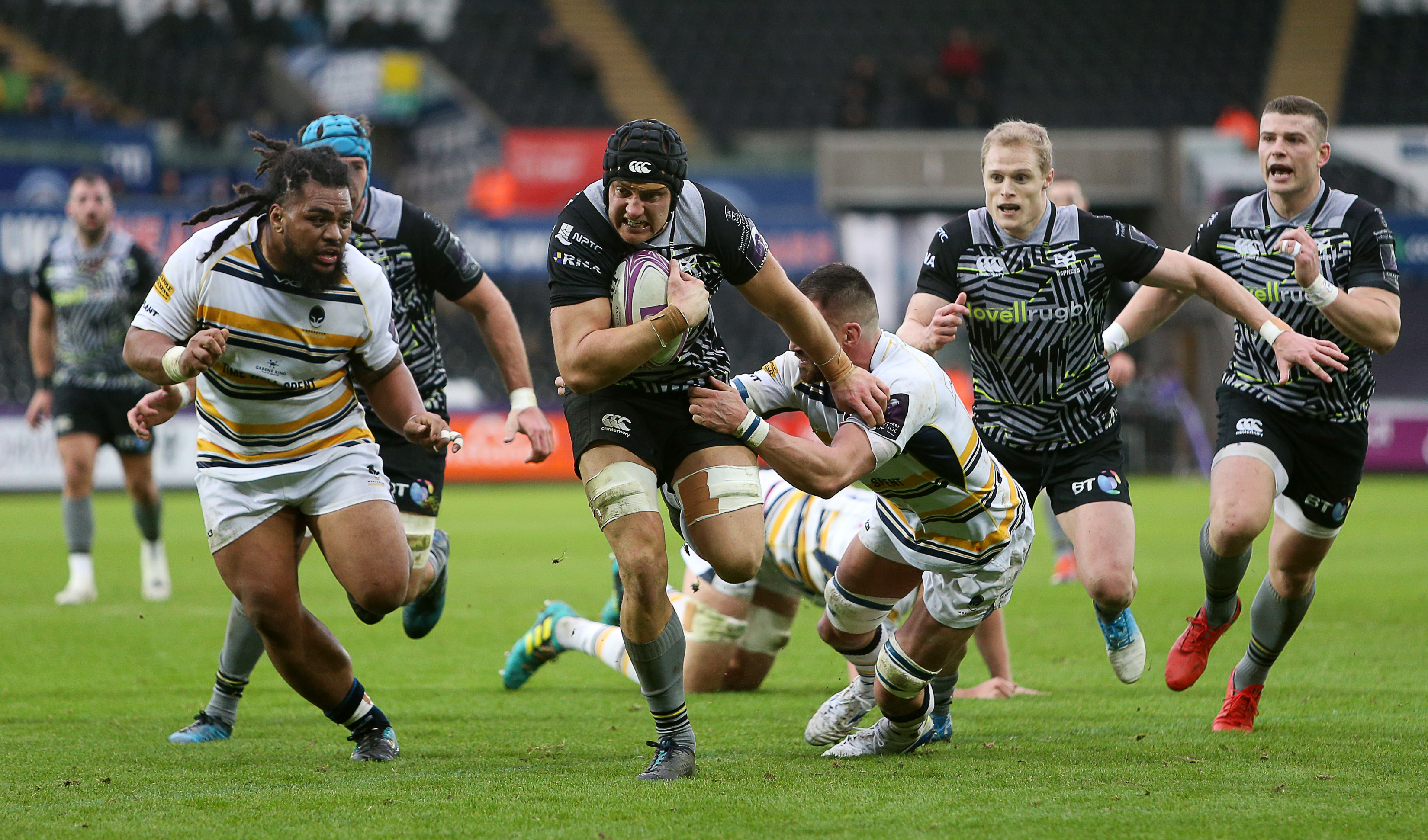 The 11-times Welsh capped international made his Ospreys debut in 2009 and is sixth on the all-time appearance list for the regional franchise.

King has been dogged by a shoulder injury and has taken the decision to retire on medical advice.

King, 30, played all his rugby at the Ospreys and made 203 appearances, scoring seven tries during his career at the Liberty Stadium.

A versatile forward who could play across the back five of the pack, King was a firm favourite of the Ospreys faithful. A highly respected figure in Welsh rugby saw King become chairman of the Welsh Rugby Players Association.

“When trying to come back from the shoulder injury I sustained last season, I was still getting a lot of pain and just knew something just wasn’t right with it.

“Further scans have now gone on to show that the operation has failed and that my shoulder has not healed enough to continue playing rugby. I’m therefore announcing my retirement from professional rugby with immediate effect.

“Rugby has given so much to me and I’m truly grateful for all of it. I’ve travelled all over the world, met some incredible people along the way and had experiences that will stay with me for a lifetime.

James King
“Rugby has given so much to me and I’m truly grateful for all of it. I’ve travelled all over the world, met some incredible people along the way and had experiences that will stay with me for a lifetime."

“I’ve been at the Ospreys for my whole professional career and the Fans have been nothing but supportive even through tougher times.

“I would’ve liked to have thanked everybody who has helped me on this journey individually, but I’d probably run out of pages……and that’s just the rugby community!

“Never will you find a group of people where everyone is so forthcoming to help you, enabling you to be the best version of yourself. So to everybody who has helped me along the way - Thank you.

“To my partner Robyn I have to say a massive thank you. You’ve always been there for me win or lose and done an amazing job bringing up our family while I was away chasing my ambitions.

“While this might be the end of my playing days it’s just the start of something new. Although it’s not how I would have wanted to finish, I am genuinely excited to get out there and find out what the next part of my journey is.”

James King
“I’ve been at the Ospreys for my whole professional career and the Fans have been nothing but supportive even through tougher times."

“James has been a great servant to the Ospreys. He came through the Academy back in 2008 when he was given his first contract with us and he has been an exemplary professional.

“He has always been one of the hardest workers in the squad and has been a unique character in the environment. He has been through the ups and downs with us and has been central to what the Ospreys are.

“He has been the epitome of an ‘Ospreys man’ and we wish him all the best for the future and I am sure he will see the same success in his life after rugby.”