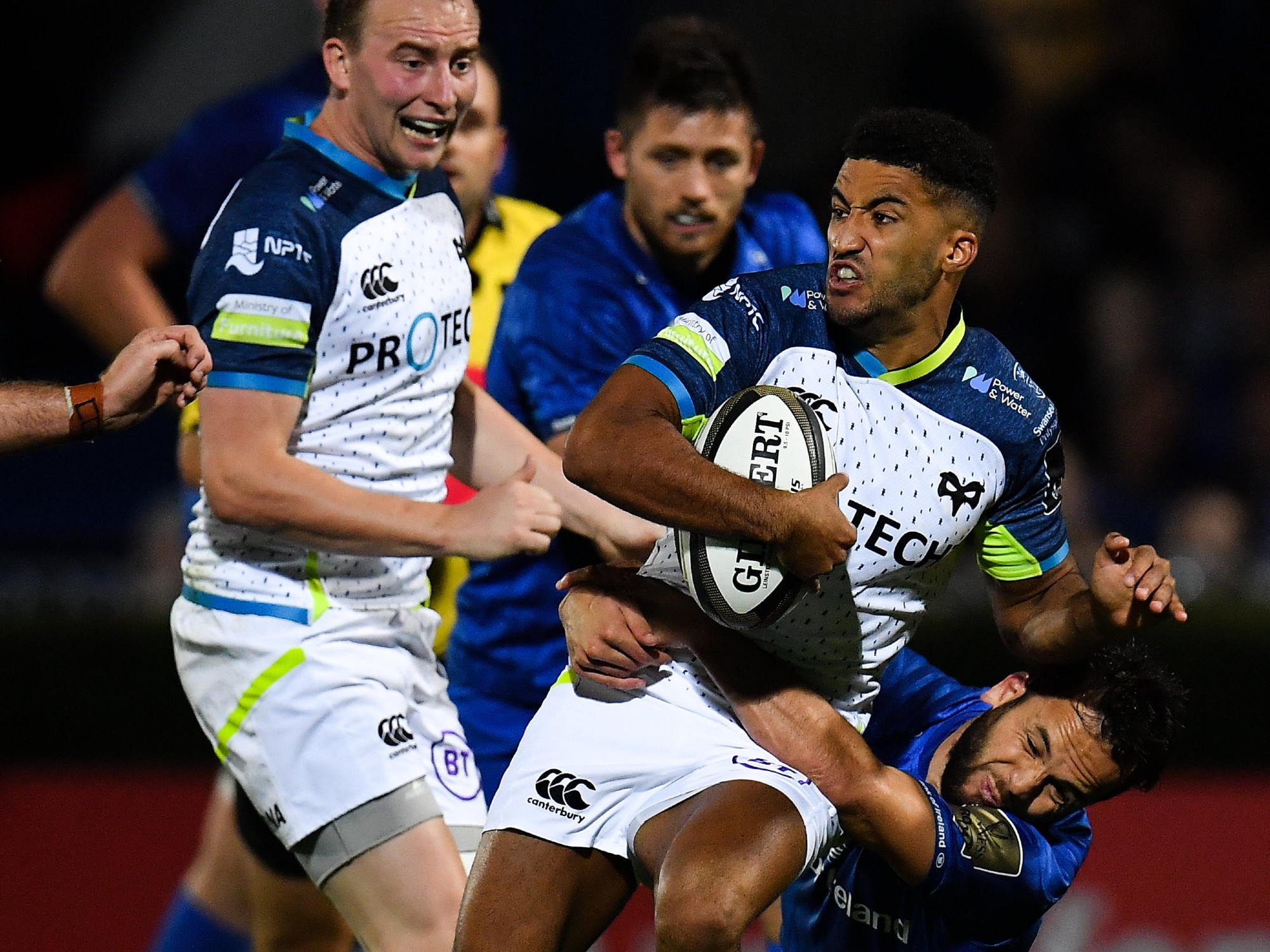 Wing Keelan Giles has signed a new two-year deal to extend his stay at the Ospreys.

The highly rated wingman is the latest homegrown product to commit his future to the Liberty Stadium, following on from centre Owen Watkin and lock Adam Beard.

Giles, 22, is another Ospreys Academy graduate, having played for Waunarlwydd and Swansea RFC, before making his debut for the senior Ospreys side in 2016.

Keelan Giles
"It is frustrating when you are injured because you just want to help out and play your part in helping the team."

He is currently sidelined with a knee injury that he picked up against Benetton in the first Guinness PRO14 home game at the Liberty Stadium but is focused on returning next season.

"The faith the Ospreys have shown in me is massive for me," said Giles.

"When you get injured all sorts of stuff goes through your mind, but I am grateful that they have offered me a contract and now my focus is getting back and repaying that faith.

"It's just good to know that I have the support here and it allows me to just focus on my rehab work, getting it done and coming back fit and ready to play.

"The Ospreys medical team have been fantastic with me, not just with the physical stuff I have to do, but also with the psychological support they have given me.

"I have a real respect for them and the work they do in looking after all the players here."

The Wales under-20 international was called up to the Wales squad for the 2016 tour of New Zealand.

An impressive run of form for the Ospreys in the opening stages of the 2016 season saw the young wing catch the eye of the Welsh senior squad and earn a call up to the 2016 Autumn International Series after he crossed for a brace of tries in the opening round and a try hat trick in the second round of the Ospreys Challenge Cup campaign.

Giles was named as a replacement for Wales' match against Japan but did not play and was also named in the Wales squad for the tests against Tonga and Samoa in June 2017.

The Swansea-born flyer began his Ospreys career, playing for the U16s and U18s and Swansea RFC. Giles currently sits on 44 appearances for the Ospreys with 19 tries under his belt.

Dan Griffiths, Ospreys Rugby General Manager
"We are all looking forward to seeing him back on the pitch and back to his best over the coming seasons."

Giles had just returned from his first knee injury when he injured his other knee against Benetton but he is now focused on returning to action for the Ospreys.

"It has been really frustrating coming back from my first knee operation, having a full pre-season and put myself in a good place to start some games and then doing the other knee," said Giles.

"Both injuries have been freak accidents and I have to go through the same process again, but I know what I have to do to and what to expect in the rehab process now.

"I watch the boys every week and it is frustrating when you are injured because you just want to help out and play your part in helping the team."

Dan Griffiths, Ospreys Rugby General Manager, has been impressed with Giles' discipline and attitude about returning to action.

"Throughout the regional age grade and then into senior rugby, Keelan showed what a potent attacking weapon be can be for the Ospreys.

"He has been desperately unlucky on the injury front, but has shown real resilience and mental toughness in his approach to his rehabilitation.

"Keelan is a positive person, who really adds to both the squad and the environment. We are all looking forward to seeing him back on the pitch and back to his best over the coming seasons."