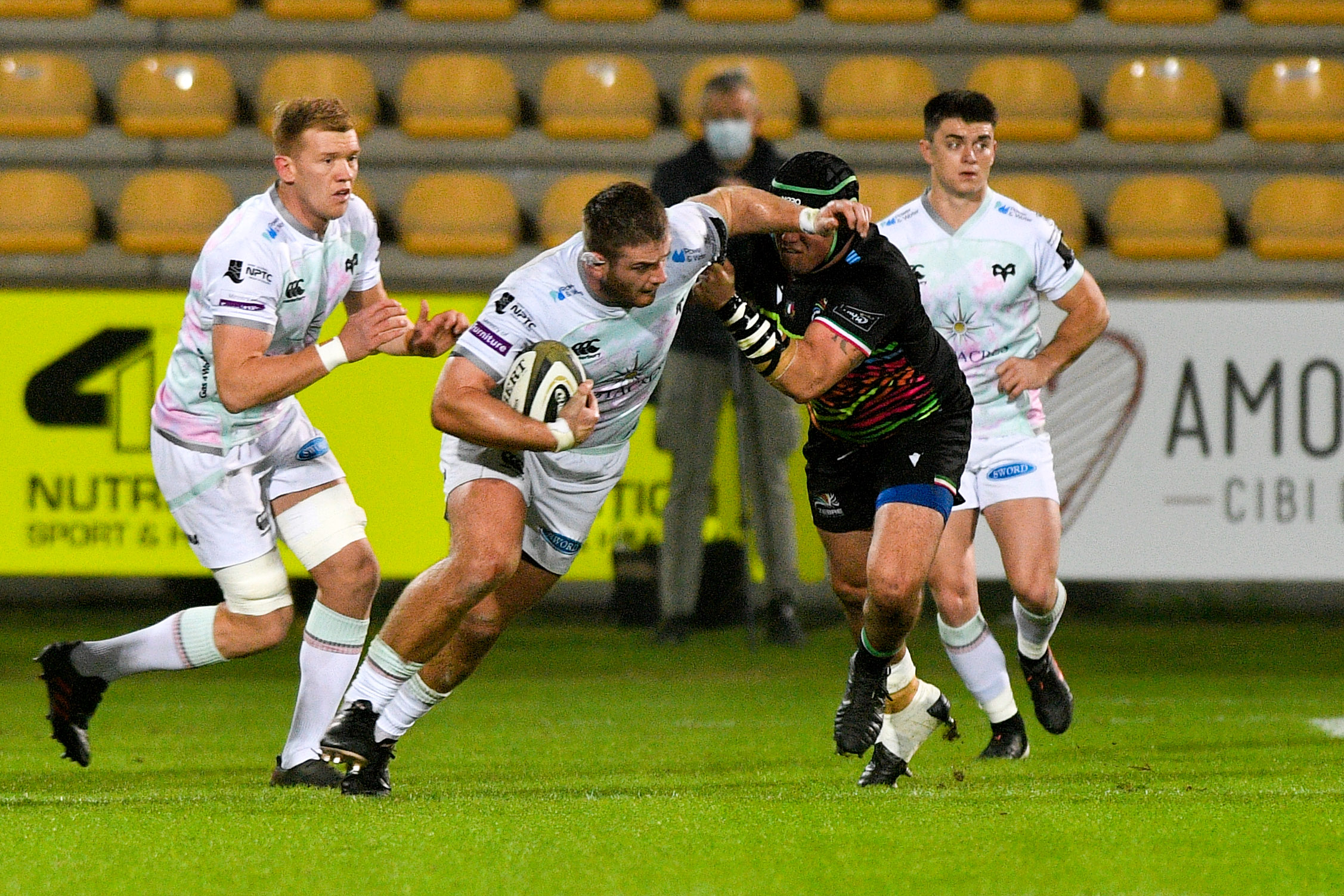 Jones relishing the opportunity ahead

Ahead of Sunday’s match against Connacht, Rhodri Jones caught up with the media to talk about the challenge ahead this weekend and his return to the Welsh camp.

“It’s very exciting to have that call-up, but we have a big weekend up first flying over to face Connacht which is no easy trip. We’re looking to put in a big shift out there on Sunday before getting into camp the following week.”

The loosehead prop, who has notched up 78 appearances for the Ospreys has had an impressive season so far which earned him a call up to the Wales squad for the upcoming Guinness Six Nations.

“I had an email around half an hour before they announced the team to everyone. It was a bit of a surprise, but I’m obviously elated. I haven’t been involved with the squad for a couple of years, if there’s an injury or something has happened, I’ve got the call, but it’s nice to be picked from the start especially for the Six Nations.

“I’ve wanted to play for Wales ever since I was a little boy. I’m looking forward to the future, putting my best foot forward and being back involved.

“Playing solely at loosehead has massively helped me. I can concentrate on that position and I feel pretty confident with my scrummaging in that position. It’s enabled me to work on the other aspects of my game and strengthen them and I love playing there to be honest.”

Rhodri will line up in the number 1 jersey against our Irish opponents Connacht on Sunday afternoon where the squad will look to continue their winning ways in 2021. The destructive scrummager believes the resurgence of strong performances under new Head Coach Toby Booth has counted for players receiving the Welsh call.

“100%, the better we do as a region pushes our players towards international recognition. As a team we want to be competitive, we want to achieve goals and be top contenders in competitions so if boys get selected for Wales off the back of that then that is a huge positive for the Ospreys.

“Dan Lydiate as an example has been fantastic for us, and hands down our best performer of the season so far. His call up has been thoroughly deserved and it’s great to see him back in there.

"We all support each other and challenge each other, and for those who weren’t selected this time we’ll work to get them back into the squad the next time around.”