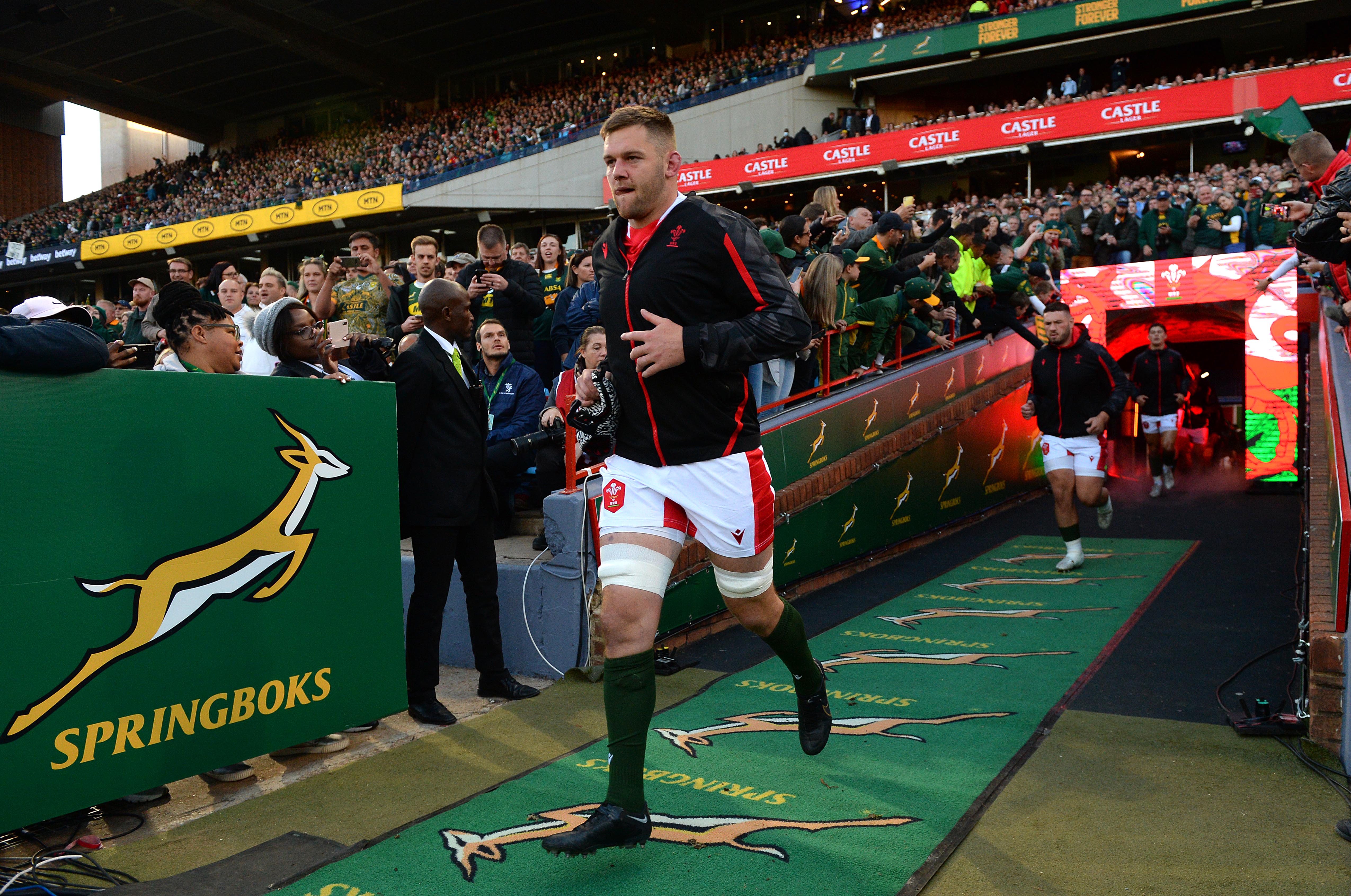 "I’ve been given an opportunity and it was class to pull on the jersey once again."

Dan Lydiate knows Wales will have to keep on improving if they are to beat South Africa next Saturday.

Wales came out of the blocks firing in the first test at Loftus Versfeld, but a nail biting second-half saw them slip to a narrow 32-29 defeat after a late Damian Willemse penalty. They will have a chance to go one better in Bloemfontein next weekend, and even though there were many positives Ospreys blindside Lydiate believes it will be even harder in the second test.

“It feels like it’s one that slipped away but we can’t dwell on that,” he said. “We’ve got two big test matches coming up so we need to be better next week, and I’m sure they will be as well.

“We got written off especially after the last game of the Six Nations. I wasn’t involved but we had to draw a line in the sand.

“Wayne drew a line in the sand after we got back into camp, and we are firmly focussed on putting the wrongs right but it was still a loss which does hurt. There are a lot of positives but we need to make sure we are better next week if we are going to try to topple the world champions.”

At 34-years-old Lydiate was unsure whether he’d get the opportunity to wear the red shirt of Wales again. This was the 65 times capped blindsides first Wales appearance since suffering a serious injury against Ireland in February 2021.

“It’s always a massive honour and I probably didn’t expect to be called up to the summer tour to be honest,” he said.  “I’ve been given an opportunity and it was class to pull on the jersey once again.

“It was a shock to be honest so it was nice to be called back up. I hope I get another chance. There were some big shots out there and I felt every one of them!”

Wales conceded 15 penalties, and received four yellow cards during the first test, and Lydiate insists they will have to improve significantly in this area.  “Discipline was a factor.

“Before the game spoke about playing right on the edge but making sure our discipline is good. If you are just going off the stats it wasn’t where it needed to be today, and it let them back into the game.

“You’ve got to credit South Africa because they turned the screw at times but so did we. We just need to knuckle down for next week.

“It’s so fast and frantic out there so you don’t always pick out what he (referee) sees sometimes. We’ll have to look at it.

“We’ll have to tighten up because you can’t give away that many yellow cards. We’ll look at ourselves before anyone else.”