The regular Guinness PRO12 season will be capped off by Super Saturday in Round 22 as traditional derby games take place right across the Championship with all games kicking off at 5.15pm.

Three of the Semi-Final teams are confirmed with Ospreys Rugby and Ulster Rugby contesting the fourth and final spot while the Italian derby in Parma will decide whether Zebre Rugby or Benetton Rugby qualify for the Champions Cup.

The Championship’s all-time try-scoring record for a season was broken last week by Leinster Rugby’s Rory O’Loughlin against Glasgow Warriors at the RDS Arena; by the time Round 21 had finished the total number of tries scored this season stood at 683 which means that try No 700 is likely to be recorded this weekend.

Ulster entertain Leinster Rugby at a sold-out Kingspan Stadium knowing that a bonus-point victory would give them a slim chance of reaching the Semi-Finals depending on Ospreys’ result in Llanelli, where the visitors need a point to secure a top four finish.

Leinster, meanwhile, will need to pick up points in order to ensure they finish in 1st place with Munster Rugby lying just three points behind in second place.

Munster welcome the 2016 Guinness PRO12 champions Connacht to Thomond Park. Connacht have secured their place in the Champions Cup play-offs, but depending on Cardiff Blues result a victory here may allow Pat Lam’s team to finish the season in 7th position.

The Blues travel to Caerphilly where Newport-Gwent Dragons will host their regional clash at the Constructaquote Stadium while in Scotland Glasgow Warriors will host Edinburgh Rugby at a sold-out Scotstoun  to decide who will win the 1872 Cup. The Warriors take a lead 13-point lead into the game after their 25-12 win over Edinburgh in December.

Finally, Zebre Rugby and Benetton Rugby will meet at Stadio Sergio Lanfranchi in Parma with Champions Cup qualification on the line. Both teams are level on 19 points but in the event of a draw Benetton Rugby have an advantage having won more games and boast a superior points difference.

Pick of the Round: Scarlets v Ospreys Rugby

The big West Wales derby at Parc y Scarlets will play an influential role in deciding the line-ups for the Semi-Finals. In the current standings Scarlets would be away to Munster and Ospreys would be away to Leinster, however, this fixture and the Munster v Connacht and Ulster v Leinster games will decide that order.

The game will also provide vital momentum for the winner going into the Guinness PRO12 Final Series and with as many as seven British and Irish Lions tour selections on the pitch the crowd in Llanelli and those watching live on Sky Sports are in for a cracker.

To finish in the top four the Ospreys must:

To finish in the top four Ulster must: 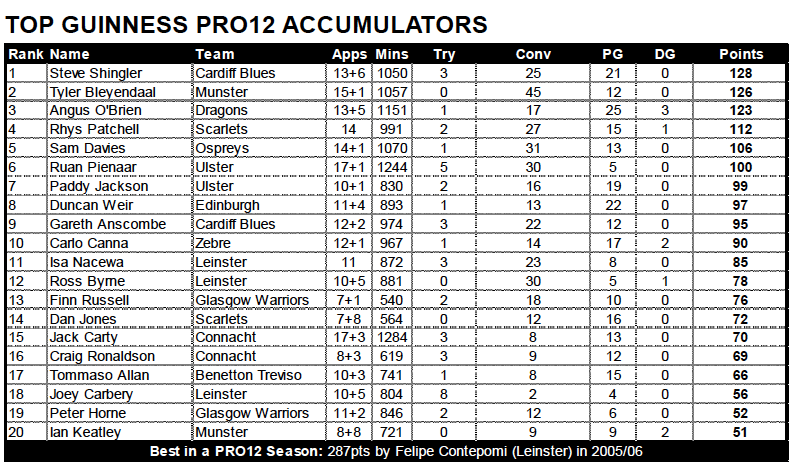 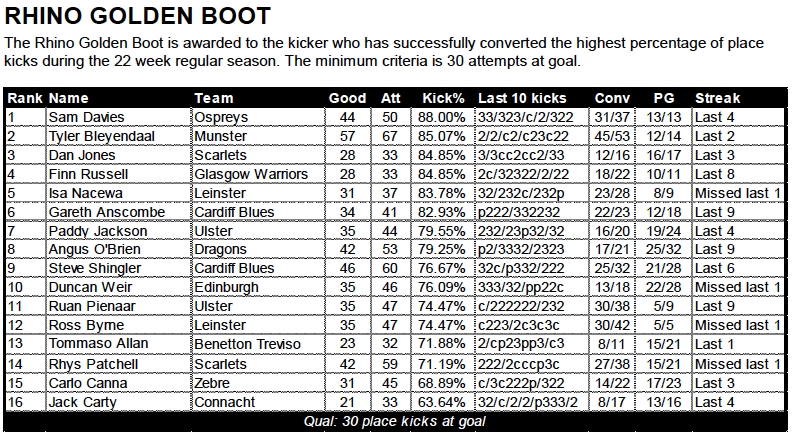