The fifth ‘Big Weekend’ will be packed with action and tribal rivalries as the Guinness PRO12 enters the final laps of the season.

Derby games will grab the headlines in Ireland and Wales, particularly in Cardiff where the Principality Stadium plays host to Judgement Day V where all four regional teams will compete.

Teams are running out of time to reach the Guinness PRO12 Final Series, earn home Semi-Finals, qualify for the Champions Cup or secure their seeding, which makes the final three rounds of Championship action incredibly tense.

With so much at stake it makes for another unmissable round of action on the road to the Guinness PRO12 Final on May 27.

Zebre Rugby arrive in Scotland coming off two consecutive wins (against Connacht and Dragons) to face a Glasgow Warriors team whose ambitions of reaching the Guinness PRO12 Final Series remain mathematically possible. Warriors’ defeat to Munster in Round 19 makes maximum points a must, however, the visitors will be buoyed by their recent run of form which has coincided with the return of their Italian international players.

Judgement Day V will grab all the headlines in Wales for the now traditional East versus West battles between Cardiff Blues against Ospreys and Newport-Gwent Dragons against Scarlets. The Principality Stadium is looking to host another record crowd but beyond the big event the teams from the west – Ospreys and Scarlets – need victories in order to remain on pace to reach the Guinness PRO12 Final Series.

In Galway, Connacht may not retain the title they won in such thrilling fashion last season but their game against Leinster will provide them with the opportunity to have an impact on who succeeds them as champions.

Depending on results Leinster could lock up either a guaranteed Semi-Final place or even a home Semi-Final. Finally, Edinburgh Rugby travel to face Benetton Rugby in Italy where the hosts shocked Ospreys only a couple of weeks ago. 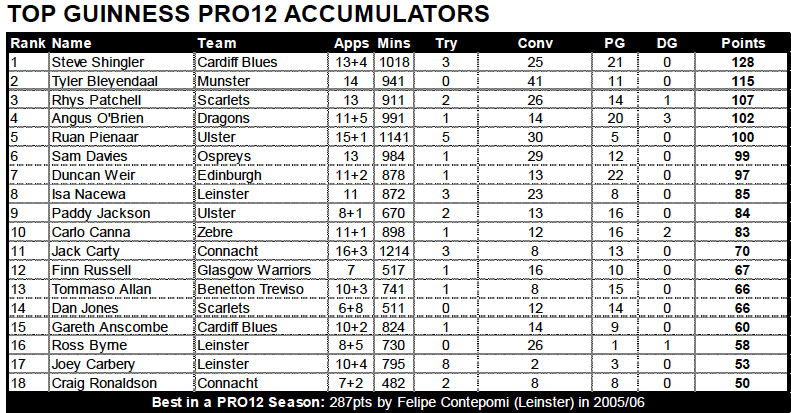 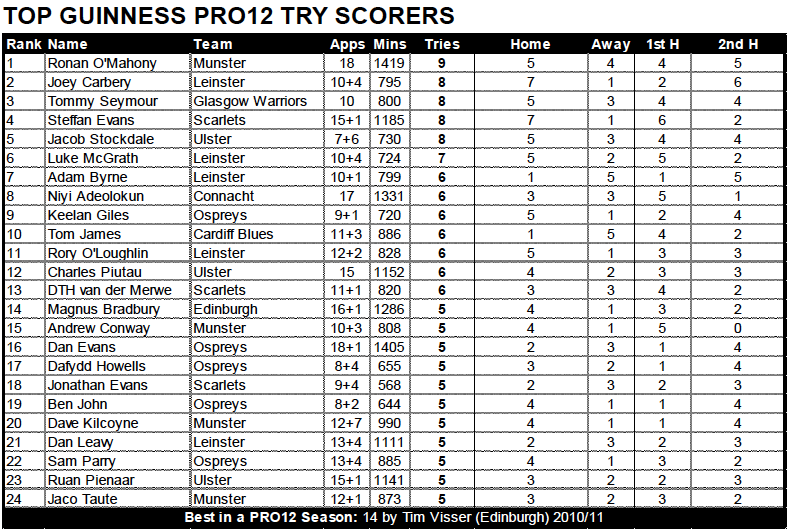 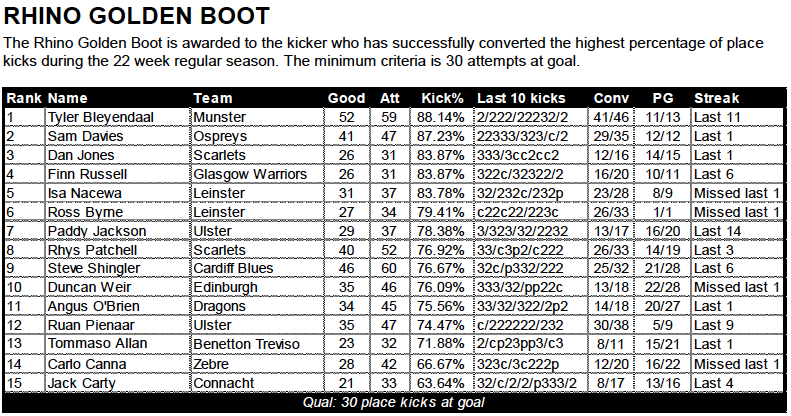