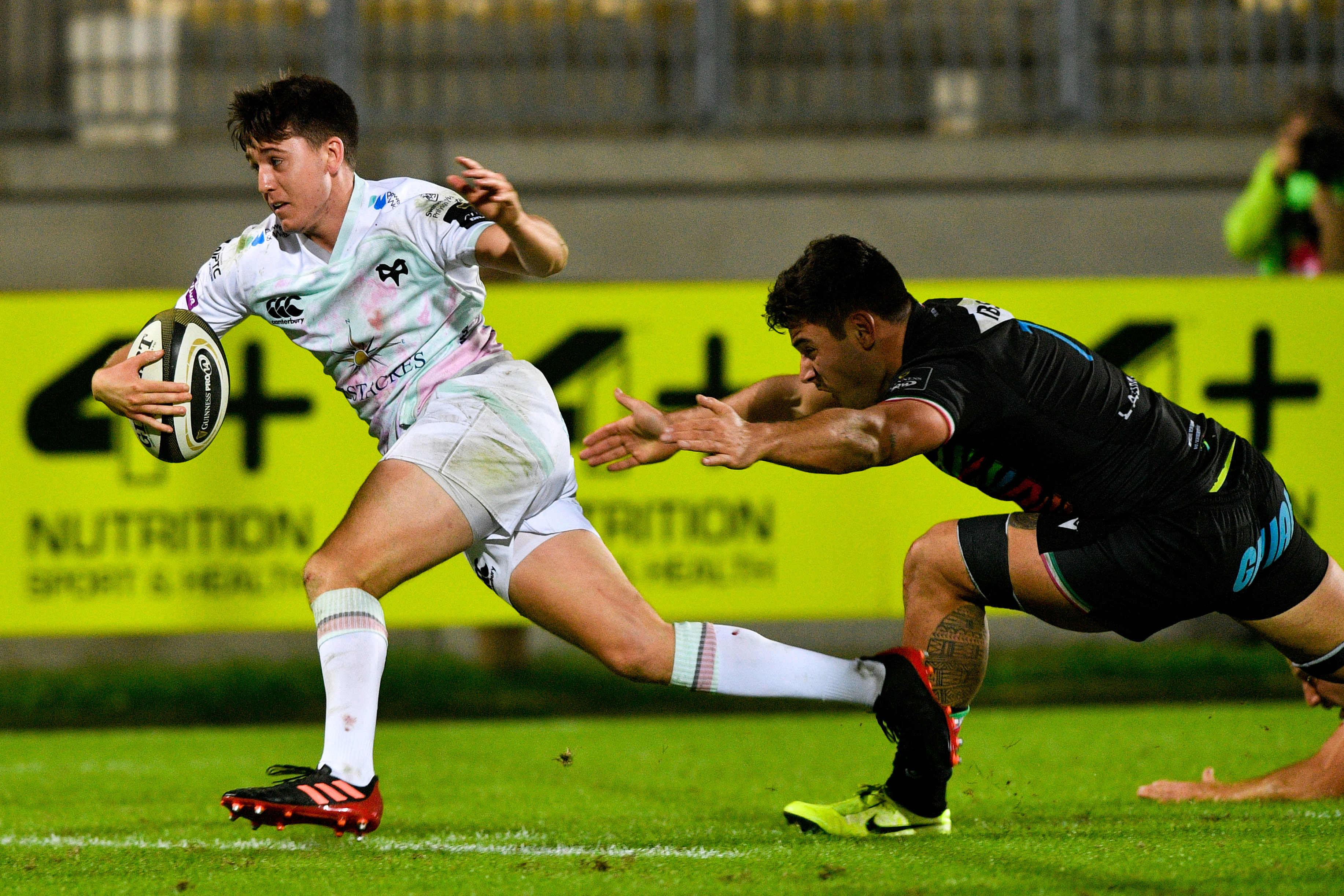 He made his Ospreys debut off the bench towards the end of the 2019/20 season, now youngster Josh Thomas is focusing on the challenge ahead this weekend.

“It was a really proud moment for me making my debut for my home region back in August, it’s something I’ve worked really hard at for a long time. It wasn’t the best start for my parents to watch but I really enjoyed it and learnt a lot off the back of that experience.”

Head Coach, Toby Booth, has spoken about his intention of giving homegrown talent a chance, with Thomas being Booth’s first youngster handed the opportunity to represent the region. The Pontarddulais product made his first start at outside half for the region last weekend out in Parma against Zebre.

“Obviously it wasn’t the result we all wanted to get out there over in Italy. The boys were all gutted at the end. We didn’t have the best of starts but we dug in deep and fought until the very end only to come up short against a good Zebre side. Away from the result, it was a proud day to make my first start and have the chance to wear that number 10 jersey for the Ospreys.”

Josh Thomas
"It was a proud day to make my first start and have the chance to wear that number 10 jersey for the Ospreys.”

20-year-old Thomas began his rugby career at Pontarddulais RFC and Loughor RFC, before making his Welsh Premiership debut for Swansea. Educated at Ysgol Gyfun Gwyr, he went onto become an Ospreys academy graduate, featuring for the Ospreys U16s, U18s and the Development Team. His good rugby understanding, and deceptive pace and some outstanding individual tries earned him a place in the Wales U18s squad.

Back in January, he made his Wales U20s debut in the U20s Six Nations where he went on to win 2 caps.

Back in training with the Ospreys, Thomas has plenty of experience around him to draw from:

“It’s great for me having the likes of Stephen Myler, James Hook and Brock James to learn from in my position. They’ve been there, done that and have loads of experience under their belt which I can pick their brains on to help me improve my game further. It’s been challenging with the Covid situation, but it’s brought everyone together and we’ve all just adapted to it and worked hard."

Josh Thomas
“It’s great for me having the likes of Stephen Myler, James Hook and Brock James to learn from in my position."

“My goal is to keep working hard in training and trying to push for that position and get a good run of games under my belt. Leinster are obviously tough opponents to face, but one we’re all looking forward to. We want to right those wrongs from last weekend and put in a big shift against them at home. It’ll be an exciting one and a great opportunity for me.”