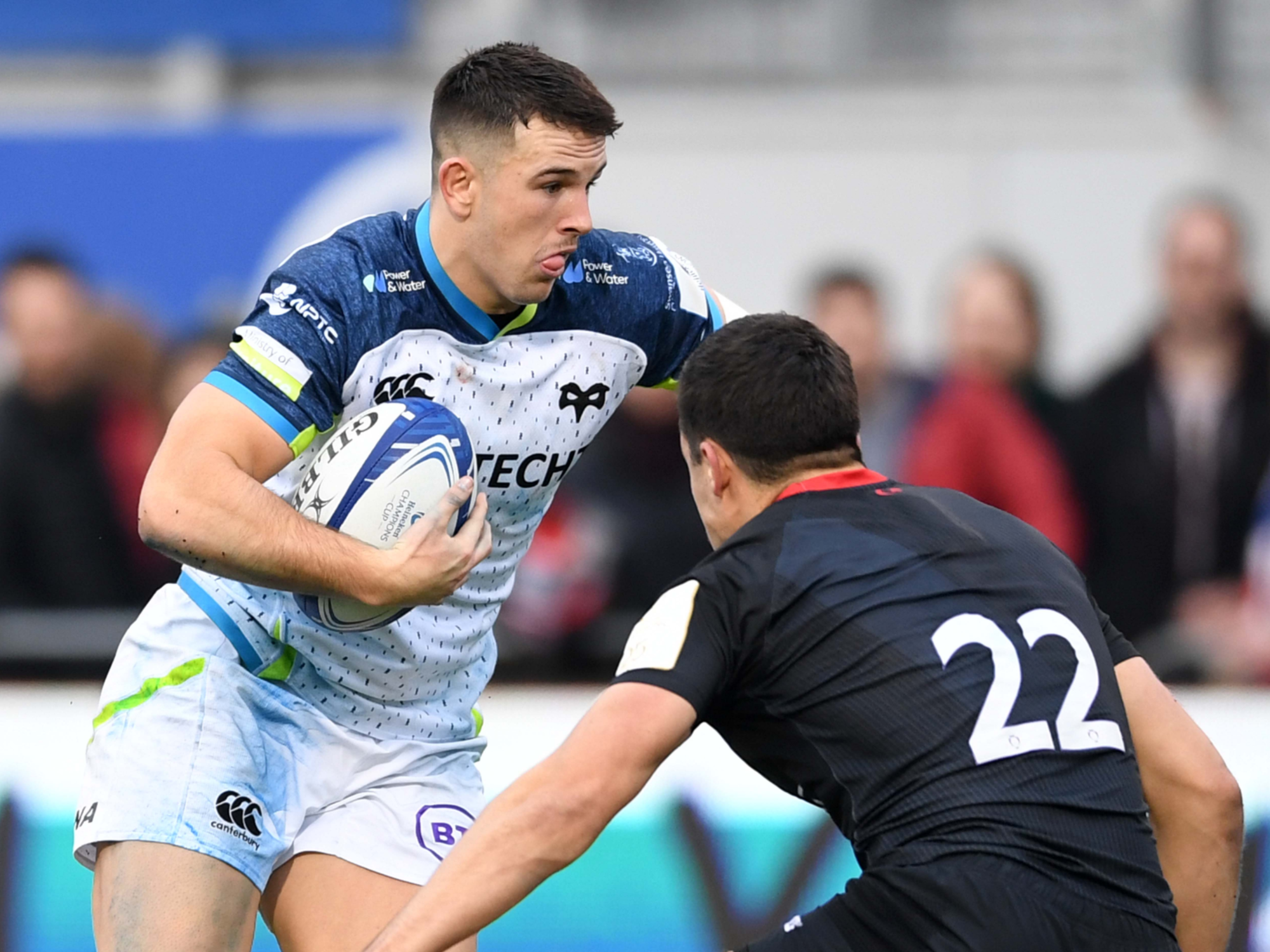 Injury updates on Anscombe and Watkin

Centre Owen Watkin has undergone a knee operation and could be out of action for up to eight weeks.

The Ospreys centre will miss the Welsh derbies over the festive season but is already back in light training after his operation on Tuesday.

The Ospreys medical team has released an update on Watkin's injury status.

"Owen injured his knee in the home fixture v Racing 92. A small cartilage tear was confirmed and surgery to deal with the tear was deemed to be the best course of treatment for Owen.

"He is expected to be out of action for up to 8 weeks.'

Meanwhile, outside half Gareth Anscombe has undergone a second operation to the knee he injured playing in Wales' world cup warm up games in August.

Ospreys Medical Team
"Surgery went well and at this stage we're ruling nothing out with regard to a possible return towards the end of the season."

"Gareth has undergone a second procedure to his right knee this week.

"As a result of Gareth's progress plateauing in the last month, and in conjunction with Gareth and his specialist, it was decided that a secondary minor procedure would be in his best interest, with the aim to allow him to progress and accelerate his rehabilitation in the New Year.

"Surgery went well and at this stage we're ruling nothing out with regard to a possible return towards the end of the season, however we'll be in a better position to clarify a realistic prognosis in the new year when he goes back to see the specialist'