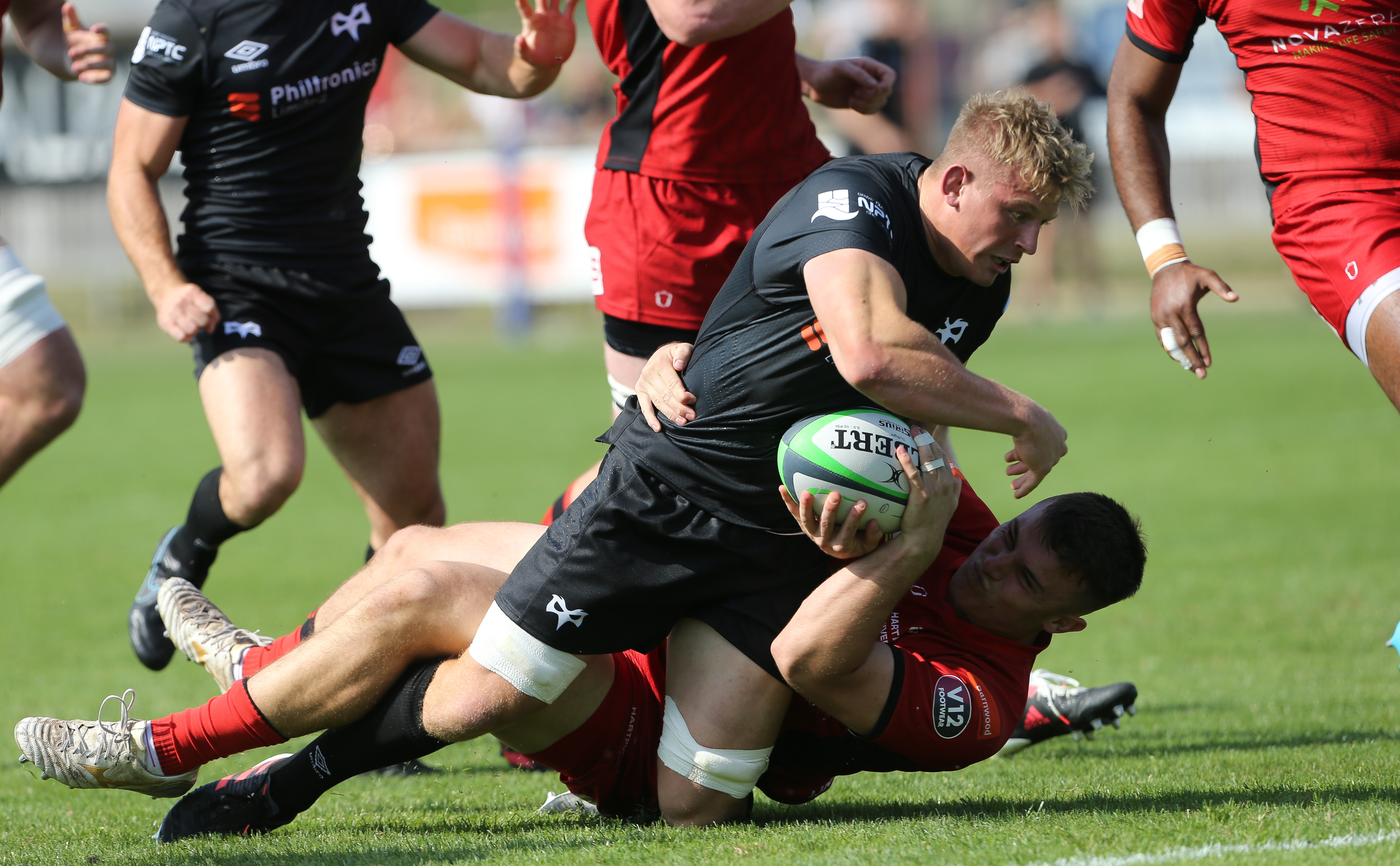 “I just want to enjoy my rugby and play as much as I can in my first year here."

Flanker Jac Morgan has revealed the key role Head Coach, Toby Booth, played in his decision to sign for the Ospreys.

The Wales U20’s captain signed a deal in the summer to play his rugby at the Swansea.com Stadium.

Morgan, 21, played in the two Ospreys pre-season friendlies against Hartpury and Northampton Saints and is looking forward to his first competitive start for the regional rugby franchise.

“I liked the set up here and what Toby was doing at the Ospreys and where he wants to take the team,” said Morgan.

“That was the reason I signed up.

“His vision was really important and he was very clear in what he wanted from the players and where he wants to drive the squad.

“The opportunity and chance to play, when you are young, is all you can ask for. He does that here and it creates a good atmosphere in the squad.

“It’s brilliant to have the chance to learn from boys, like Alun Wyn Jones, Justin Tipuric and Dan Lydiate, is something I am really looking forward to. I can only develop my game working with players like that.”

Jac Morgan
“I liked the set up here and what Toby was doing at the Ospreys and where he wants to take the team."

Morgan was one of number of key signings made by the Ospreys in the summer, including props Tomas Francis and Ben Warren, centres Michael Collins and Osian Knott, flanker Ethan Roots, lock Jack Regan, wing Alex Cuthbert and experienced hooker Elvis Taione.

The Ospreys kick off the inaugural United Rugby Championship campaign, which includes the ‘big four’ South African sides – the Vodacom Bulls, the Cell C Sharks, DHL Stormers and Emirates Lions – with a classic Welsh derby away to the Dragons at Rodney Parade on Sunday, September 26 K.O 2pm.

The Ospreys will then play Cardiff Rugby in a second Welsh derby when they welcome back the Ospreys faithful back to watch live rugby for the first time in 18 months at the Swansea.com Stadium on Saturday, October 2nd (KO 7.35pm).

The Cell C Sharks will be the first South African side to visit the Swansea.com Stadium when the face the Ospreys on Friday, October 8th, (KO 7.35pm). Morgan is relishing the inclusion of the new sides from South Africa.

“It will be a different challenge, playing against sides with a different game plan and approach to the game,” said Morgan.

“They will be big boys and it’s exciting to have the chance to play against them.

“I just want to enjoy my rugby and play as much as I can in my first year here."

Morgan, who played for one of the Ospreys key four Premiership clubs Aberavon, paid tribute to the role the Wizards had on his development as a player.

“Aberavon played a massive role in my development and they gave me the platform in semi-pro rugby to step up into senior rugby and I really enjoyed my time there,” said Morgan.

“They helped develop my game, grow as a player and to get used to the demands of senior rugby.”