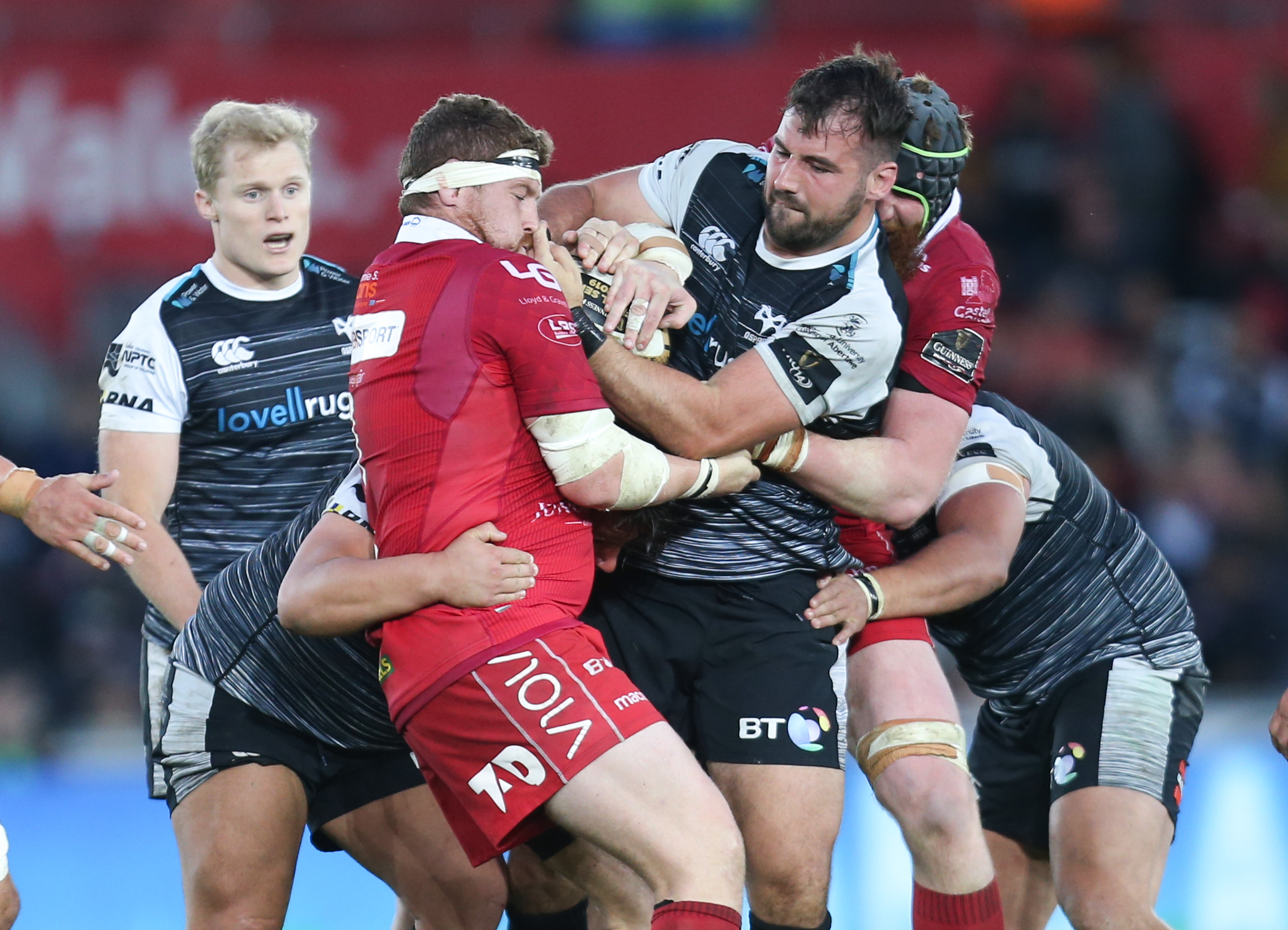 I am an Ospreys supporter and to get the chance to wear the jersey again is something I don’t take for granted."

Scott Baldwin is back where it all started and back where he belongs.

The Wales hooker has re-signed for the Ospreys until the end of next season after a three years plying his trade across the border in the English Premiership.

He returns with a Premiership medal to his name with Harlequins and after a short spell with the Worcester Warriors. His time away has been a success by any measure.

But Baldwin, 33, who left the Ospreys in 2019 after a successful decade at the Swansea.com Stadium, returns with the fire still burning to achieve more with his home region.

During his time at the Ospreys he established himself as the first-choice hooker at the Ospreys and with Wales, reaching the 2015 World Cup quarter-finals in England.

As a player, Baldwin’s rugby pedigree is there for all to see and his return to the Ospreys underlines the growing ambition of the region at the Swansea.com Stadium.

While the likes of Alun Wyn Jones, Justin Tipuric and Rhys Webb are familiar faces, there are a host of young players who are now staking a claim for places under Head Coach Toby Booth.

“It’s just great to be back with some familiar faces that I have known for a long time and some people I don’t know,” said Baldwin.

“Alun Wyn is still here and it feels like he is getting younger rather than older. Then, you have players like Tips and Webby who bring a level of experience and know-how that demands respect.

“I’m just grateful for the opportunity, really. I always looked out for Ospreys results while I was away. I am an Ospreys supporter and to get the chance to wear the jersey again is something I don’t take for granted.

“The place has changed, we used to have to have a card to get in the weights gym at Llandarcy, but now there is a new training facility especially for the players.”

Baldwin made 165 appearances for the Ospreys, scoring nine tries and his experience will prove hugely beneficial to the players around him.

“I know the role Toby wants me to play and that does mean helping the younger players develop, just like Mefin Davies helped me when I was starting out when I was a youngster,” said Baldwin.

“My mindset is not to be the second or third-choice in my position but to be the first-choice. It’s the only way I know.

“If I do that, I help the team improve and the players around me improve. That’s how I see my role.

“I will offer any advice and help to players if they ask, because I have been there and know how it helped me.”

Baldwin’s rugby career began with Bridgend and he is steeped in the history and what is expected when you wear an Ospreys jersey.  He has also worked with his new coach before at Harlequins in the English Premiership and has a head start on knowing the standards now expected of the players.

“I know Toby from Harlequins and I know what he expects and we have had some very good conversations around the team and where he wants to take the Ospreys,” said Baldwin.

“He is very deliberate about things and explains things well and the improvements are there for everyone to see over the last 12 months.

“These are exciting times, there are new owners and there are a younger generation of players coming through and it all feels like the place is progressing.”

Scott Baldwin
"I always looked out for Ospreys results while I was away. I am an Ospreys supporter and to get the chance to wear the jersey again is something I don’t take for granted."