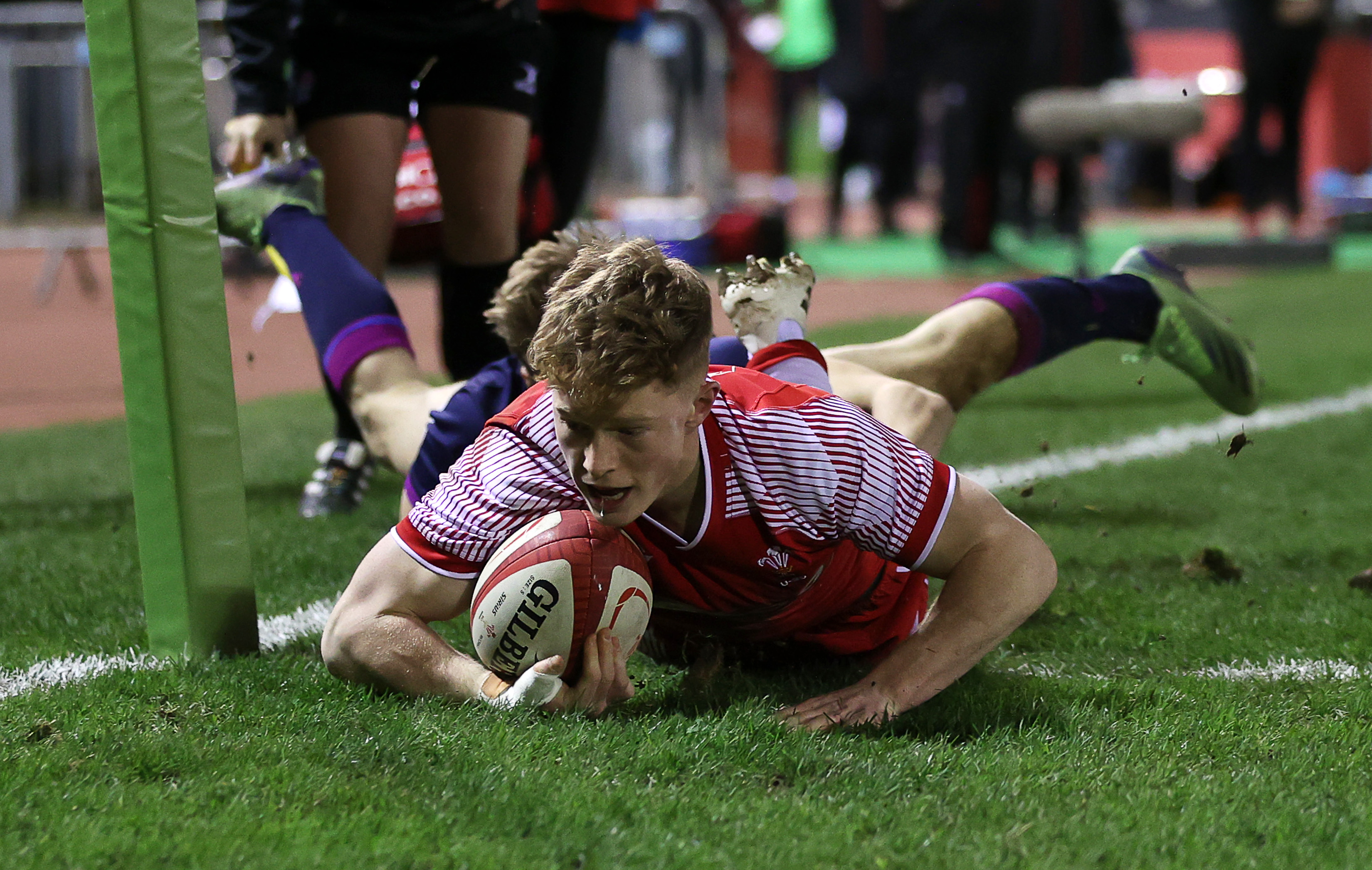 It is becoming a bit of a familiar pattern for Wales U20 – if Harri Houston scores, his side wins.

This very welcome habit is likely to be tested again in game three of the Six Nations U20 Summer Series when Wales take on Italy.

Already the joint top try scorer in the tournament, with three in his two outings to date, he is hungry for more.`

Those tries came in the wins over Scotland and Georgia to add to the one he grabbed in the Six Nations victory over the Scots earlier in the year.

On the money from Joe Hawkins to find Harri Houston for the try 🎯#U20SummerSeries | @WelshRugbyUnion pic.twitter.com/tTZ8bDsJMc

“We’ve had a great start to the tournament and it has been nice to be able to score a few tries by finishing off some great teamwork,” said the 19-year-old Houston.

“Next up, it’s Italy and we owe them one after they beat us in the Six Nations. That game was there for the taking for us and we’d love to get our revenge.

“It is a semi-final to see which team wins our pool and then goes on to meet the top team from Pool A. We’ve got two games left and they are likely to be our two toughest matches.”

Houston’s double act in the close-run affair against the Georgians set the stage for Louis Rees-Zammit to follow in his footsteps and score twice in the first Test defeat to the Springboks for the senior Wales side in Pretoria last weekend.

Rees-Zammit won his first Welsh honours at U18 level before skipping the U20s and making the grade in Wayne Pivac’s team. Houston is the first to admit he is the poster boy for him and his teammates as they seek to make their way in the professional game.

“Just look at what he’s done at such a young age. He is a real inspiration for all of us in the U20 set-up,” said Houston.

“He’s got everything and has worked really hard to get where he is. Anyone who plays this game wants to go as far as they can and playing for Wales is the ultimate goal.”

Houston has graduated from Gower College and is currently in the Ospreys set-up and playing for Swansea in the Premiership. This is his last season with the U20s and the next goal is to push for a chance with the Ospreys regional team.

“Being in Italy with this Welsh team is great because my age group has missed so much rugby over the past two years. Not being able to play made us realise how much it means to us and how much we missed it when it wasn’t there for us,” admitted Houston.

“We were missing a few key figures in the Six Nations earlier in the year, but the feeling we’ve got out here is just so special.”