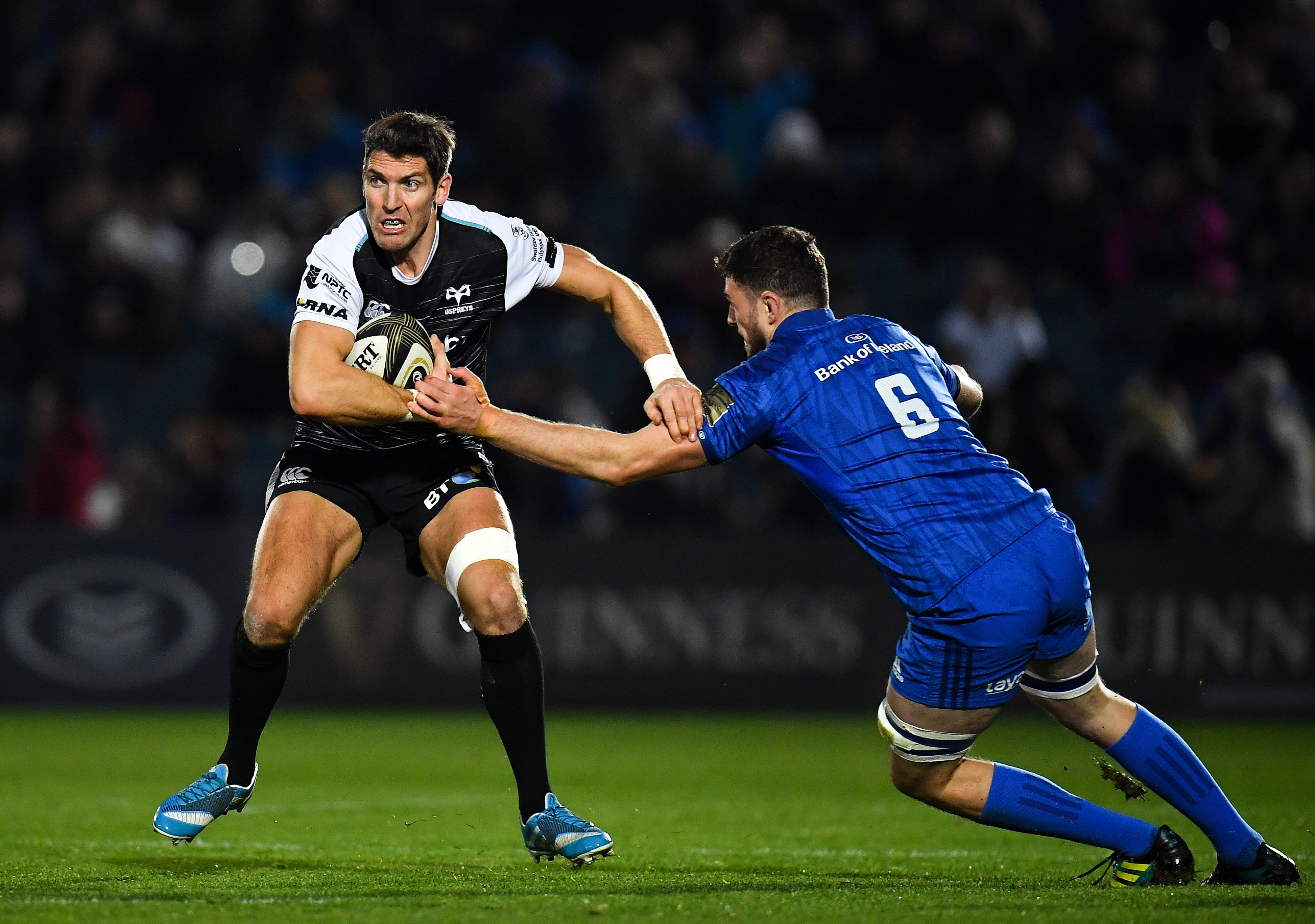 Hook to hang up his boots at end of season

After an illustrious career spanning over 16 years, Ospreys legend James Hook has decided to hang up his playing boots at the end of the 2019/20 season.

"My contract is up at the end of the season with the Ospreys, so I've decided to call time at the end of the year. It's a sad time, but something I'm really looking forward to. It comes to everyone at some point and now it's time for me."

James Hook
"It comes to everyone at some point and now it's time for me."

"I've had lots of highlights throughout my career. Both internationally with Wales, winning Grand Slam titles and Six Nations Championships, and going on the British and Irish Lions tour. Then signing my first professional contract was a big moment for me. Growing up I always aspired to be a professional rugby player. You never think it'll actually happen so when it did it really was amazing."

"There's a couple of standout games for me. Playing against Australia in 2006, I came off the bench after an injury to Stephen Jones after 20 minutes. Then there's playing against England in the Six Nations the following year in the last game of the tournament, we avoided the wooden spoon and I won man of the match.

"The following year against England where we won the Grand Slam and beat them for the first time in twenty years in Twickenham. I don't know why, but I just love playing against England. Every time I did it always seemed to go well for me."

Hook currently has 148 Osprey appearances under his belt and sits second on the all-time Osprey points scorer list with 841 points. Talking about his time at the Ospreys, Hook said:

"One of my favourite Osprey moments would have to be back in 2006 when we faced Sale in the Heineken Cup. At the time, they had a host of internationals in their mix, Dwayne Peel, Charlie Hodgson, Jason Robinson and Sébastien Chabal were there and they were flying high. I came off the bench after only playing a handful of times for the Ospreys at the time. We went on to score a try after 20 odd phases into injury time to level the scores. I had a kick to win it and I got it! That was the moment that kickstarted my Ospreys journey.

"It does mean a lot to me being an Osprey. I started playing in Port Talbot as a young boy, played for Aberavon Quins, then moved to both Aberavon Youth and Tata Steel before moving to the arch-rivals Neath and then becoming an Osprey. When I left the first time, I always said it was to experience different things and play in different leagues, but I always wanted to come back. I'm grateful I had the opportunity to be able to."

James Hook
"It's going to be sad not playing at the end of the season, but you've got to be positive and look on the bright side and I'm looking forward to what's next."

Looking towards the next chapter in his life, Hook mused:  "I want to stay involved in the game, particularly working on the skills, like I do now with the young kickers and the age-grade sides, and I'm hoping to finish my level 3 coaching qualification. It'll be nice to spend time with my family, my three young boys and my wife. It's going to be sad not playing at the end of the season, but you've got to be positive and look on the bright side and I'm looking forward to what's next."

Hook has already made a start in the next steps of his life, penning a brand new series of children's books set to be released later in the year after drawing inspiration from his own career.

"I just want to say a massive thank you to everyone who has supported me over the years. As players we appreciate supporters so much especially the ones who are there for the highs and the lows and those who travel all over the world to support us. They really do make a huge difference and it means the world. Thank you."