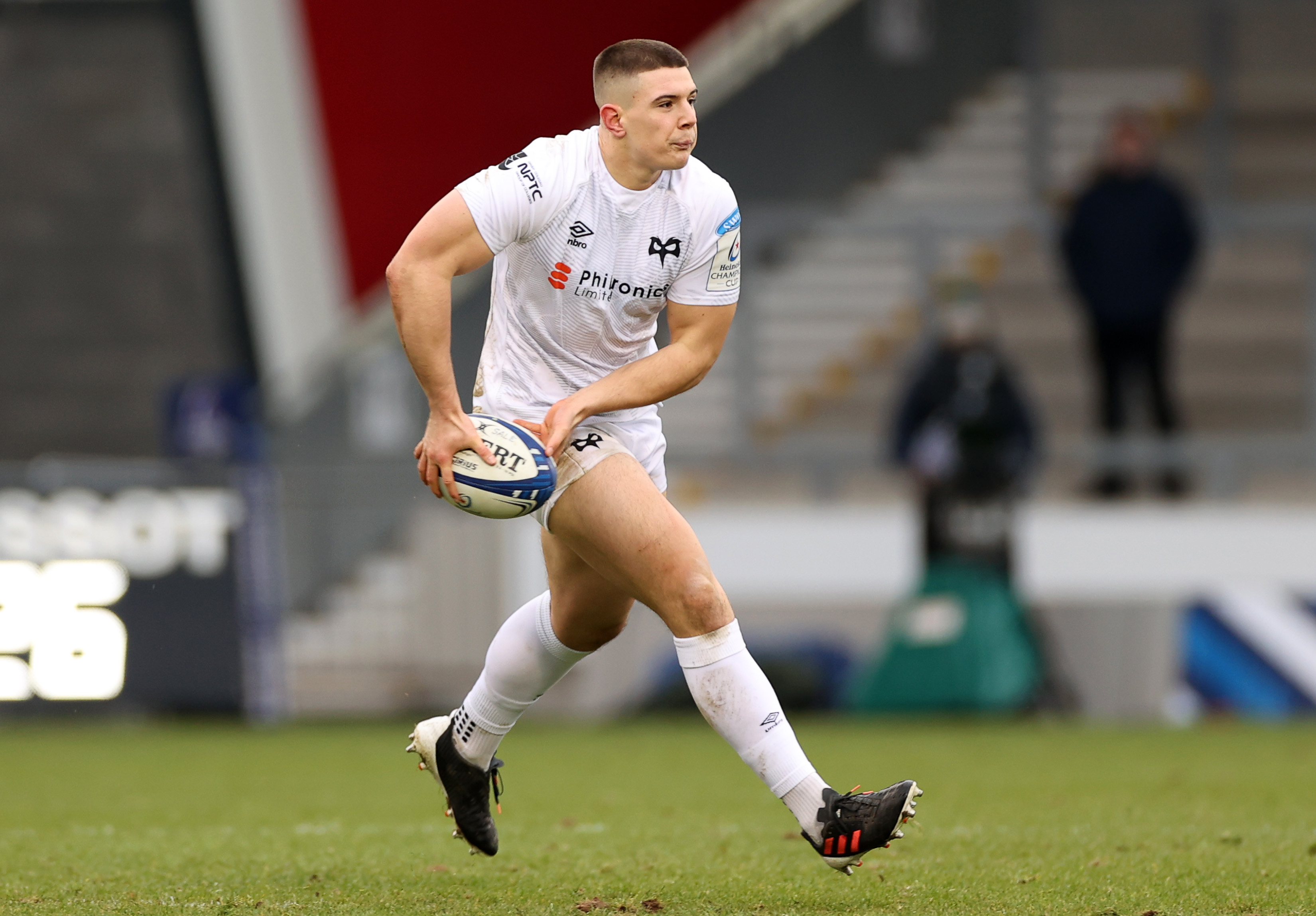 Joe Hawkins is one of the senior players in this Wales Under 20s side and the Ospreys centre is hopeful his experience can put Byron Hayward’s side back on the right track.

Wales suffered a heavy defeat in Ireland last weekend, and face another difficult challenge at Parc Eirias tonight against a Scotland side who pushed defending champions England to the limit. Having made an impact for the Ospreys at regional level this season Wales will need Hawkins to be at his best if they are to get their Six Nations campaign back on track.

“There were quite a few boys who had first caps, and haven’t had as much experience in their careers so far,” said Hawkins. “None of us tried to go out to lose that game on the weekend.

“We need them to bounce back again this Friday. Discipline has been a big thing for us this week because we kept backing up penalties with penalties which allowed Ireland to make their way up the field and put us under pressure.

“We pride ourselves on being a fit team, and we want to play fast. Hopefully, when it gets towards the end of the game we can really go for the win.

“We just want to take the game to them. Even out in Ireland we had a couple of opportunities at the start of the game where Dan Edwards went through but we didn’t quite capitalise on it, and we had a driving maul down on their five metre line which we didn’t finish off.

“If we score off those two opportunities then the game could be completely different. Going into the Scotland game we need to take those opportunities whenever they came our way in the game, and we need to stay on top throughout.”

Head coach Byron Hayward has made eight changes ahead of tonight’s clash in Colwyn Bay. In the backs, there is a new halfback partnership with Jac Lloyd coming in for Dan Edwards at fly half while Archie Hughes replaces Scarlets regional teammate Harri Williams at scrum-half.

Hawkins, who impressed when coming on against Ireland, gets the nod at inside centre with Bryn Bradley dropping out of the match day squad. In the pack, props Rhys Barratt and Adam Williams replace Joe Cowell and Nathan Evans respectively in the front row while there will be a new second row partnership with Benji Williams and Ryan Woodman replacing Joe Peard and Lewis Jones with the latter starting from the bench.

With Mann’s switch to No 8, Bath Rugby’s Tom Cowan comes in at blindside flanker. Hawkins is wary of the threat Scotland will bring to north Wales, but he is confident in the ability of his teammates.

“This will be the first time for a lot of the boys playing in front of a home crowd,” he said. “Even for some of the boys who got capped last year it was behind closed doors.

“It’ll be nice to play in front of a home crowd, and friends and family. I think the Scots are pretty passionate like us Welsh so they are always going to come down firing. We are on our own patch and we’ve got to really take the game to them.”