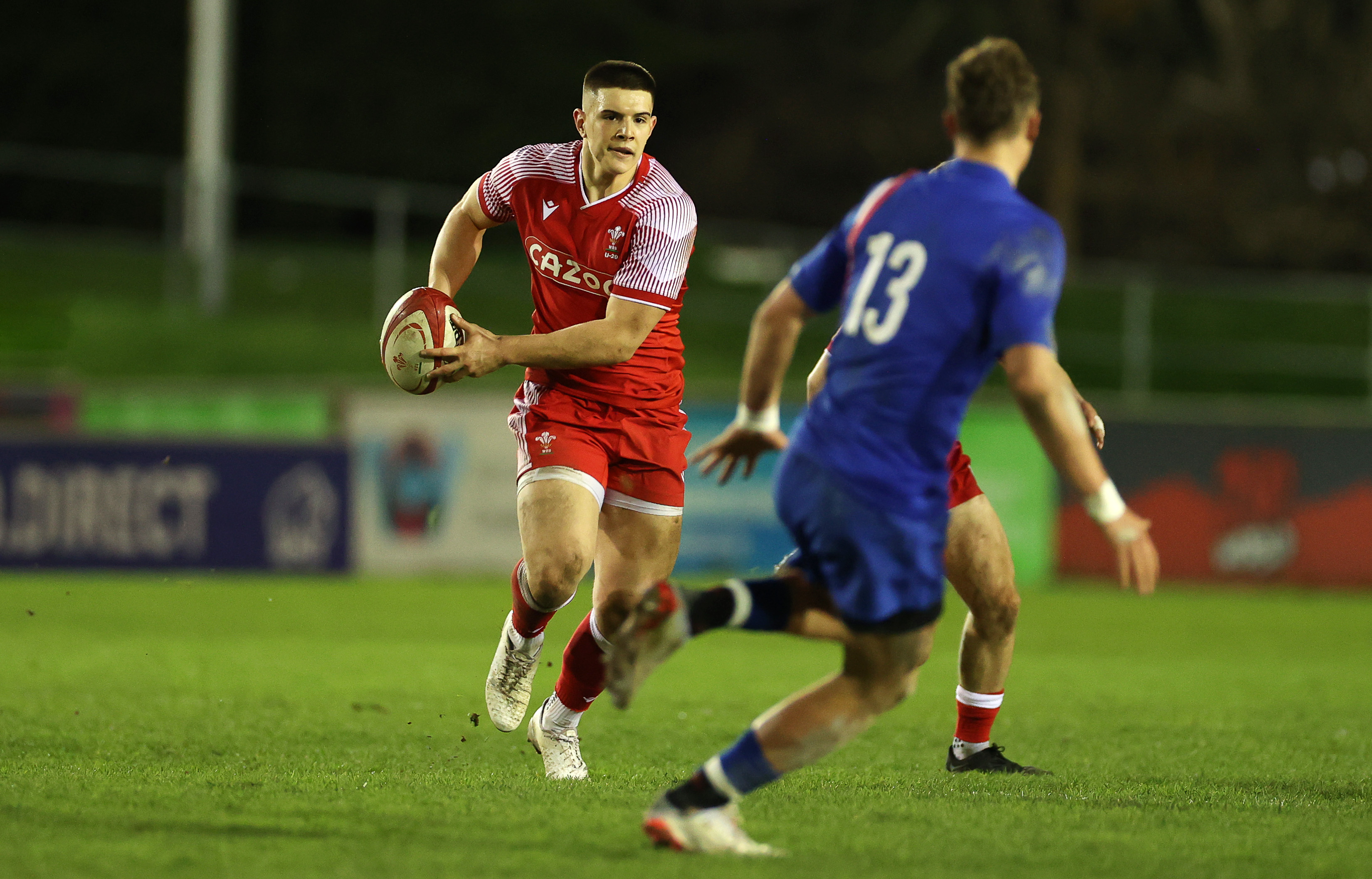 Wales U20 centre Joe Hawkins is confident his side can bounce back from defeat to France and finish the U20 Six Nations off in style with a victory against Italy at Parc Eirias on Sunday.

The Ospreys midfielder, who took over the Welsh captaincy from the suspended Alex Mann, says his side have bounced back from adversity before and they deserve to finish off their campaign with a victory.

“We have worked hard throughout this tournament; we’ve had to bounce back from adversity after the first game, so we have shown a lot of character already. I think we deserve another ‘W’ but that is on us to go out and put a performance in.

“We have worked hard this tournament and I think the boys do deserve another win to finish off the competition. Hopefully against Italy we can play to our strengths, move the ball around, put a few points on the board and hopefully come away with the win.”

Hawkins was left ruing a difficult night in Colwyn Bay where the French cut loose to score six tries with clinical finishing whereas Wales squandered some gilt-edged chances.

“It’s been a little bit of a common theme this tournament where we’ve been in the game for large parts, but we have to be better at taking our chances when they come,” reflected Hawkins. “It’s good we are creating the chances but that can’t be where it finishes for us. We have got to try and turn the screw and finish off what we are creating.”

France raced out to a 17-3 lead, but Wales fought back bravely with a penalty try followed by a Benji Williams touchdown to bring the home side right back into the frame before the break. But with France reduced to 13 men as the first half finished, Wales were unable to make their numerical advantage pay, and France took hold of the game with a lesson in finishing.

“We’ve never had to question the character or the effort from the squad and that was shown against France,” said Hawkins.

“We did give ourselves a lot to do but we clawed it back in the first half but we gave it all back to them in the second half. And when you’re chasing the game in the end, we simply gave ourselves too much to do."

Proud night Thursday having the opportunity to captain my country, something I’ll look back on for the rest of my life despite the result 🏴󠁧󠁢󠁷󠁬󠁳󠁿 pic.twitter.com/YfeQgGMSXE

“To be fair, France were very clinical. When they got a sniff, they finished off – there’s this myth that French teams fold under pressure but I think those days have gone a little bit. We put them under pressure but to be fair to them they showed a lot of character.

“The boys are feeling a bit down about it because we were in the game for long parts of it. We let them get away from us in the first half, but we showed great character to claw our way back.

“But coming back out for the second half like it has for all tournament, our discipline let us down and when they were down to 13 we let them move in to our territory and kick some points and then come 60-70 minutes we gave ourselves too much to do and were left trying to chase the game and at that point it goes either way. Either like it did and they run in a few tries, or we come back but sadly it went the way of the French.

“To be fair to France defended well on their own line - they showed great character themselves to withstand the pressure that we put on. After we put all that pressure and didn’t come away with any points, we blew a little bit and they ran in a few tries towards the end. It’s tough but a learning experience for the boys.

“At halftime we really felt like we were turning the screw when they had two yellow cards. But that opening two minutes of the second half is where we let ourselves down a little bit where we had a real opportunity to put a nail in the coffin, but we couldn’t capitalise on our chances.”

Hawkins took on his leadership duties with aplomb but felt somewhat deflated with the final result which took some gloss off his achievement.

“It’s a great honour for me to captain my country. I haven’t had that opportunity before so it is something I can look back on,” he said.

“Whenever you represent your country it’s a big honour and being captain that’s even bigger again so it is something that I will look back on for the rest of my life and be proud of, but I’m gutted we didn’t come away with a result but in years to come it is something I can look back on and always have on my CV.”

Hawkins is now focusing on the final game of the campaign against Italy where he expects another tough day at the office.

“I think Italy have come over to Colwyn Bay a couple of times and come away with a result, so they know how to do it. They will be like France, a big pack and big boys physically – we will really have to front up.

“But like I said, the boys have bounced back before, and I see no reason why we can’t do it again against Italy.”