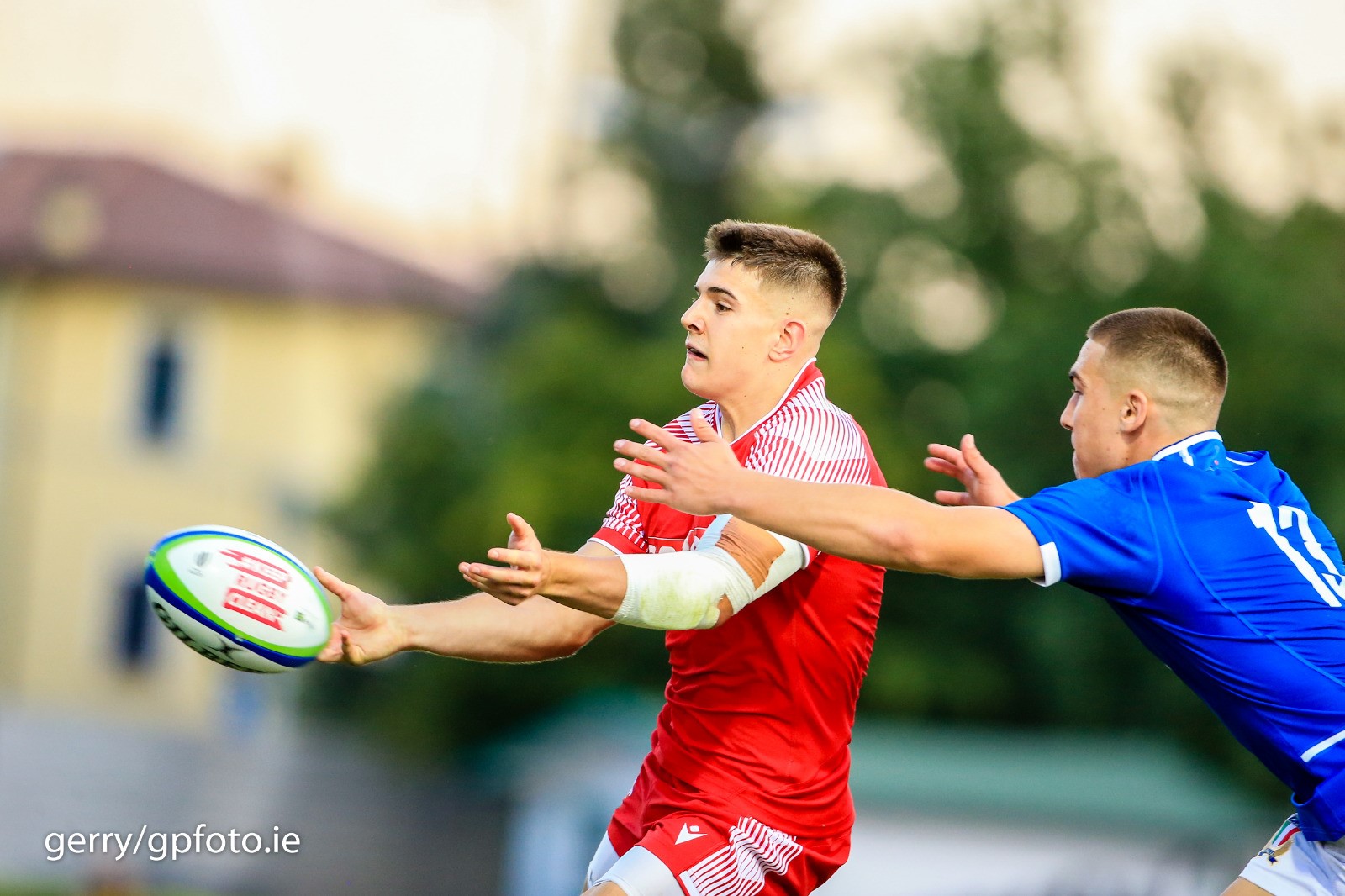 A late long-range penalty from Joe Hawkins fired Wales U20s into the final of the Under-20 Six Nations Summer Series.

With the scores level at 20-20 Ospreys centre Hawkins nailed a penalty from 45-metres at an angle with under five minutes remaining to down an impressive Italy U20s side at the Stadio Comunale di Monigo.

"Taking over kicking duties for this game it was just part of the job. Luckily the boys gave me the opportunity late in the game to have that shot at goal, the forwards did well and took it to Italy to win that penalty so it was just a case of head down and follow through."

Wales came from behind to take the 20-15 lead at the break after a try from number 8 Christ Tshiunza.

"That was a huge moment of the game. We'd been applying loads of pressure and really putting them under the cosh. If we'd come away from that position with nothing it would've given them a boost going into the sheds half time.

"Counter to that, we scored and the momentum was with us at half time, so coming back out we really felt like we were on top and we could come out and win the game.

"We'd spoken about Georgia in the week and we got dominated up front a little bit especially during the first half of that game. Coming out against Italy we really had a point to prove. We weren't going to be pushovers up front and we owed Italy one from the Six nations. That definitely went into the boys attitude going into the game and it just feels amazing to win."

Wales will now face a formidable South Africa U20s in the final next week. Where they will look to win four from four in the tournament. The last time Wales U20s won three on the bounce was during the 2016 Six nations where the young Welsh side were crowned Grand Slam Champions.

"It's credit to both the coaches and players and all the work we’ve put in before coming out here and whilst out here. The coaches give us the freedom to play and play what we see and that's when Welsh rugby is at it’s best when we can play what’s in front of us and that’s what we’ve been encouraged to do and we've come away with the rewards of that.

"I'm a little bit speechless looking at where we were in the Six nations to now it's a huge contrast!

"We've got a 6-day turnaround, a couple of bumps and bruises but we can now enjoy each other’s company, enjoy being in the final and then turn on our focus to that game."