Ospreys Rugby are delighted to announce that scrum-half Tom Habberfield has signed a new three-year contract with his home region.

The 23-year old has penned a deal that will keep him at the Liberty Stadium until the end of the 2018-19 season.

A product of the regional development pathway, Habberfield began his rugby at Bridgend Athletic and has been capped by Wales at age-grade and Sevens.

Having made his Ospreys debut as a teenager against Exeter Chiefs in the LV= Cup during the 2011/12 campaign, he made his 50th appearance for the region on the opening day of this season and now stands on 67 games, with three tries.

“I’ve been part of the system here a few years now, I’ve grown up here, so I’m excited about what the future brings.

“I’m really enjoying my rugby and I’m fortunate that I’ve been able to get a lot of game time this season so far. When you look at the other nines in the squad, with Brendon Leonard playing well and Rhys Webb back at the weekend, it makes you realise the standard I have to hit consistently every week if I want to stay around the matchday 23.

“It’s good to have that challenge, it makes sure I keep working to push my own game on. I’m looking forward to competing with them for another three years. They are different types of players, but they offer so much on and off the field and are people I can keep learning from. I know that with those two in the squad, if I do get selected, then I’ll be doing okay.” 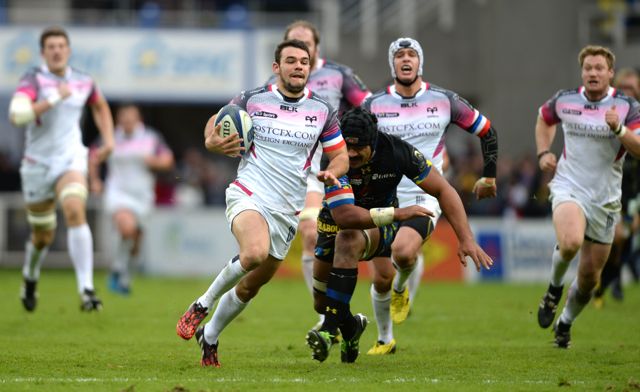 "We are all delighted to have secured Tom’s future with the region. With his unquestionable commitment to the Ospreys cause, on and off the field, he is a fantastic asset to the business, someone who is held in huge regard by players and coaches alike.

“In particular, he understands the intricacies of the game and his role as a nine, and the key messages that enable the team to function in attack and defence. His work rate, energy and commitment to his, and his colleagues, improvement is testimony to his character and selfless nature.

“He has really matured in our environment over the last couple of years. It’s extremely pleasing that, in line with that growth, his own game is showing more of the dynamism that comes from his physical development. He’s someone we are proud to have nurtured through our player pathway, and we look forward to seeing him continue making a huge day to day contribution.”