Competition is rife around the Guinness PRO14 this season as Round 8 approaches.

Glasgow Warriors remain unbeaten in Conference A where Munster and the Toyota Cheetahs lead the chasing pack while Scarlets’ title defence continues to look in good health as they sit atop Conference B with Leinster and Ulster in close pursuit.

Round 8 will be followed by a two-week break as the November international games take place and clubs in the Guinness PRO14 continue to provide the backbone for Test rugby with over 100 players called up between the Italian, Irish, Scottish and Welsh national teams while four Cheetahs players will tour with South Africa.

With the Guinness PRO14 continuing to lead the way in Positive Play and with each fixture producing an average of six tries another round of exciting action awaits in Round 8. 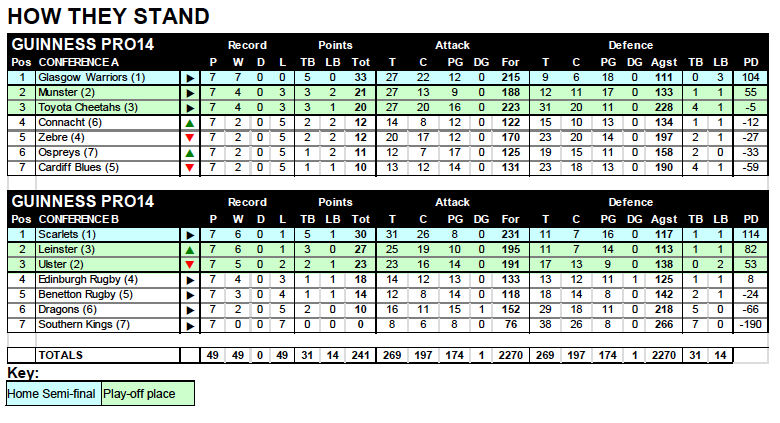 With the first Irish and Welsh derbies of the season completed every fixture in Round 8 will be a cross-border affair.

Both of the Italian teams face trips to Wales where Benetton face Scarlets and Zebre travel to the capital to take on Cardiff Blues. Both of the visiting clubs were involved in narrow losses in Round 7 and the resilience they have shown this season means that both Scarlets and Cardiff Blues must be on their guard.

In Ireland, Dragons pay a visit to Cork to face Munster who enter this fixture off the back of two derby losses eager to make amends, while in Galway, Connacht will face a dangerous looking Cheetahs team who arrive having won four games from their last five in the Guinness PRO14.

The Cheetahs’ compatriots, the Southern Kings, welcome Ulster to the Wolfson Stadium in Port Elizabeth, a ground which is in the heart of Kings country. The venue becomes the 42nd ground to host a Championship game and one where the Kings should feel much more at home.

Ospreys will travel north to face Edinburgh in the Scottish capital where the hosts have used their European Challenge Cup fixtures as a springboard to regain their form in the Guinness PRO14 having won their last four games in all competitions. Edinburgh lie just five points away from 3rd place in Conference B and win here would set them up nicely ahead of their two-game tour to South Africa in Rounds 9 & 10.

Pick of the Round: Glasgow Warriors v Leinster Rugby

Glasgow Warriors appear to be the front-runners for this season’s title having won seven games from seven so far.

Should they a produce victory against Leinster this week then they will become only the third team in the Championship’s history to win their first eight games of the season.

Leinster come into this fixture having produced five wins from their last five in all competitions – including two derby wins against Munster and Ulster – but Warriors look set to draw another sell-out crowd to Scotstoun where the home faithful will be eyeing up a reverse of their recent loss to Leinster in the Champions Cup. 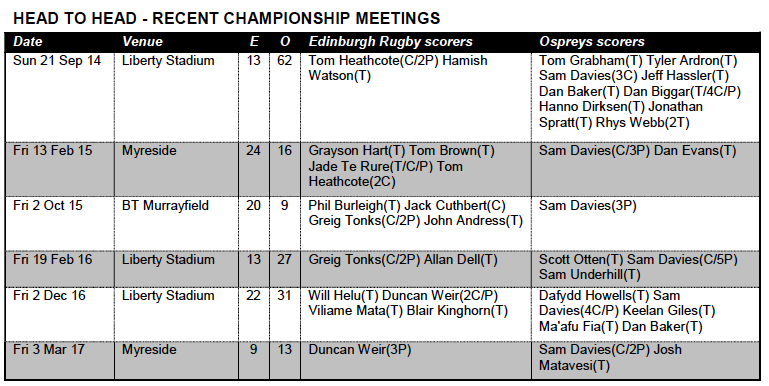 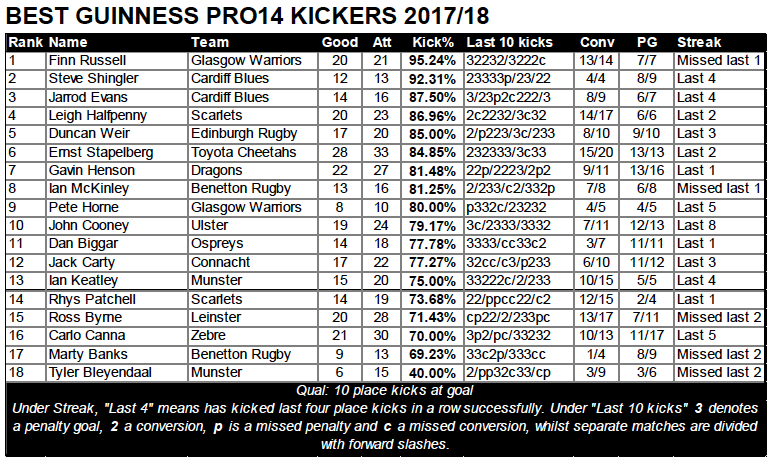 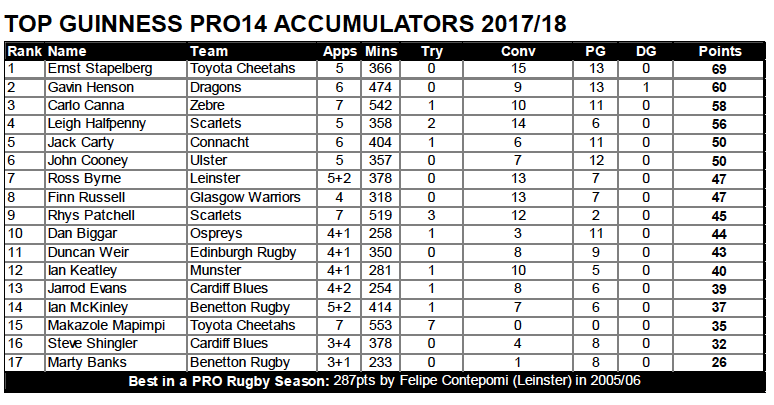 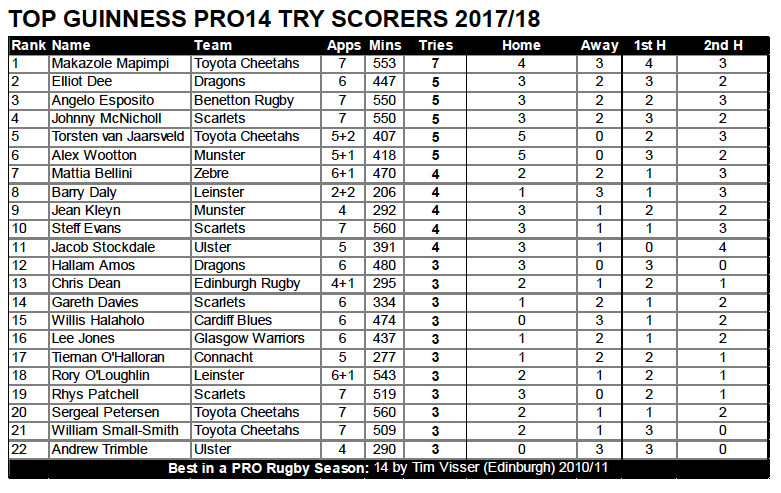