We look ahead to another exciting weekend of Guinness PRO14 action.

Four teams remain unbeaten as the Guinness PRO14 season begins to take shape after three rounds of Championship action. Two of those sides, Glasgow Warriors and Munster meet on Friday night while Leinster and Ulster will try to maintain their unblemished records against the Toyota Cheetahs and Dragons, respectively.

Three sides claimed their first victories of the Guinness PRO14 season with Benetton Treviso coming from behind to win away to Edinburgh while the Toyota Cheetahs won their first-ever Championship match coming out on the right side of the 13-try thriller against Zebre in Bloemfontein. Dragons also saw off Connacht for their first win under head coach Bernard Jackman.

Scarlets suffered their first defeat as defending champions away to Ulster in Round 3, but they have the opportunity to return to winning ways when Richard Cockerill takes his Edinburgh team to Parc Y Scarlets. Both teams have won two games each and have caught the eye in attack, but Scarlets have not been beaten in Llanelli since Round 1 of last season.

Ulster will continue to push Leinster in Conference B aiming for four wins out of four when they welcome Dragons to Kingspan Stadium while while the other game hosted in Ireland sees Cardiff Blues travel to the Sportsground aiming to pick up their first win of the season as they face Connacht.

In Treviso, Benetton Rugby will want to pick up back to back wins but they will face a serious test as Ospreys come to town eager to ensure they do not repeat last year’s slip-up at the Stadio Monigo.

Leinster Rugby and Zebre Rugby Club will complete their tours of South Africa in Round 4. The Irish province earned a bonus-point victory over the Southern Kings in Port Elizabeth on Saturday and take on the Cheetahs fresh

from their win over Zebre. Meanwhile, the Italian side will attempt to rebound at Nelson Mandela Bay Stadium when they take on the Southern Kings with both sides looking for their first wins in the Guinness PRO14.

Pick of the Round Glasgow Warriors v Munster Rugby

These two former champions are leading the way have won three from three In Conference A and the result of this early-season fixture will have an influence come the final rounds of the campaign. Warriors have made an

impressive start to the season beating Connacht and Ospreys, both former title winners, while they edged a close affair in Cardiff against the Blues last weekend.

Munster enter into this game after wins against Benetton, Cheetahs and Ospreys and a confident Warriors team will no doubt present their toughest challenge yet, however, the visitors arrive having won on their last two visits to Scotstoun. 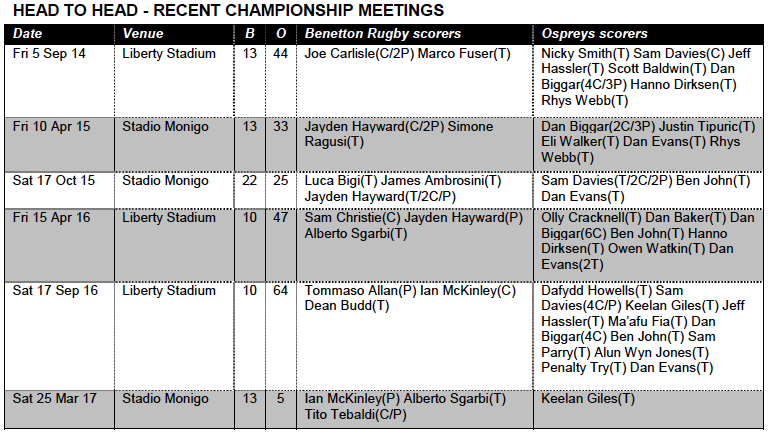 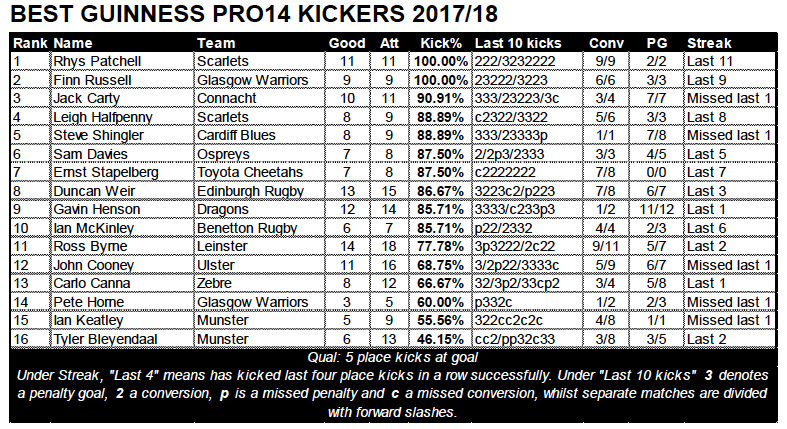 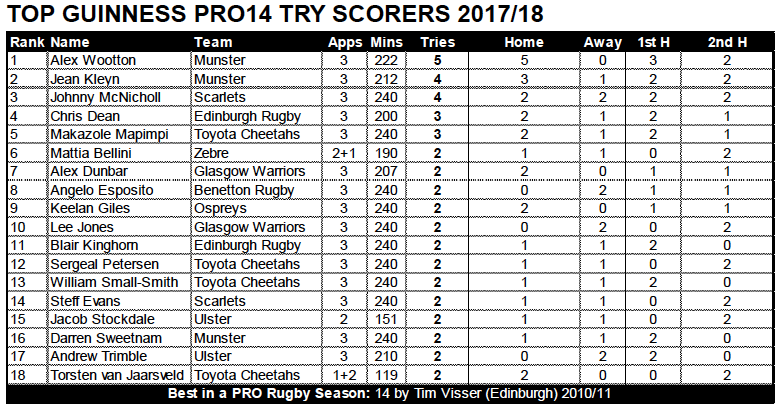