The final round in the regular season of the inaugural Guinness PRO14 approaches with plenty still to play for.

Whilst the Final Series qualifiers appear to be sorted in Conference A, just five Championship points separate the teams in second to fourth place in Conference B so it may not be until the final whistle blows on Saturday before we have the confirmed participants for the Guinness PRO14 Final Series. 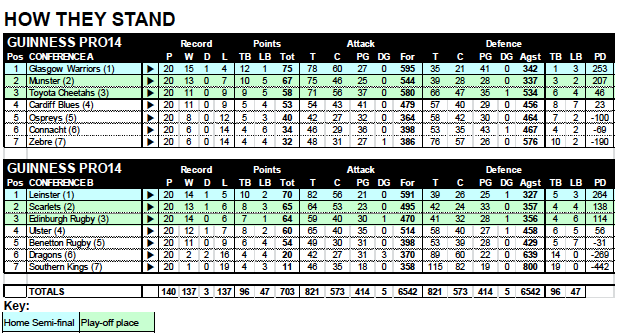 The final round opens in South Africa when Southern Kings (B7) face Toyota Cheetahs (A3) in Port Elizabeth, (KO 15:00SA/14:00 UK/ IRE). One point will guarantee Cheetahs third spot in pool A, less if Cardiff Blues do not gain a maximum point win.

Former champions Connacht Rugby (A6) and Leinster Rugby (B1) meet at the Sportsground in Galway (KO 15.05). One point will guarantee Leinster a home Semi-final, less may be enough depending on Scarlets result.

Scarlets (B2) are in action at the same time playing Dragons (B6) in the first of the ‘Judgment Day’ double-headers at Principality Stadium (KO 15:05). Scarlets will be looking for a bonus-point win to at least secure home advantage in the Qualifiers, it could be less depending on Edinburgh and Ulster’s results.

In the second ‘Judgment Day’ game Cardiff Blues (A4) face Ospreys Rugby (A5) (KO 17:35) Blues have already qualified for European Champions Cup action next season whilst Ospreys are in the Champions Cup Play-off, however it may still be mathematically possible for Cardiff to overtake Cheetahs in third place.

Pride is at stake when Benetton Rugby (B5) host Zebre Rugby (A7) in Treviso (KO 18:00 IT/17:00 UK/IRE), the Italian teams recording their best ever season in the Championship.

In Limerick Ulster Rugby (B4) need a maximum point win and hope other results go their way to reach the Qualifiers from pool B when they face Munster Rugby (A2) (who have already qualified for home Qualifier from pool A), Thomond Park (17:35).

The round wraps up in Scotland when Edinburgh Rugby (B3) host Glasgow Warriors (A1) at BT Murrayfield (KO 7.45pm) in what will also be the deciding leg of the 1872 Cup. Warriors have already qualified for a home Semi-final from Pool A, whilst Edinburgh are still in mix alongside Scarlets and Ulster as Qualifiers from pool B. 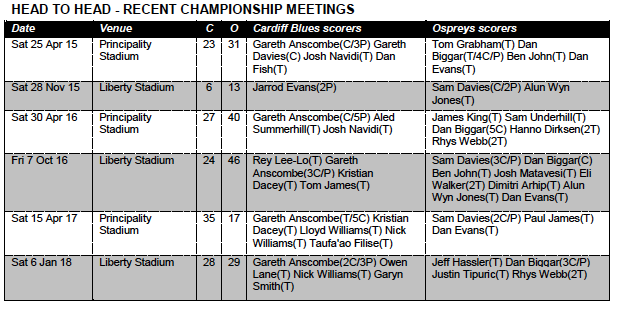 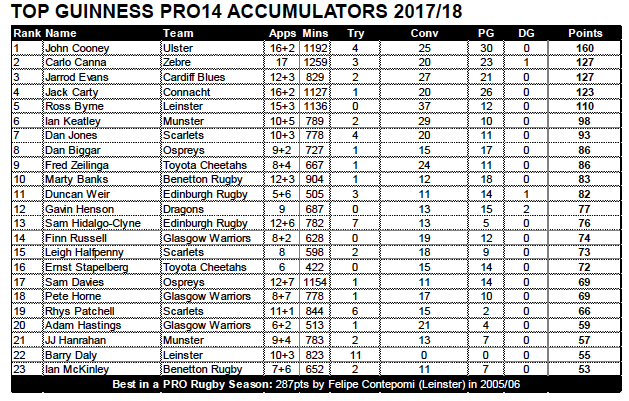 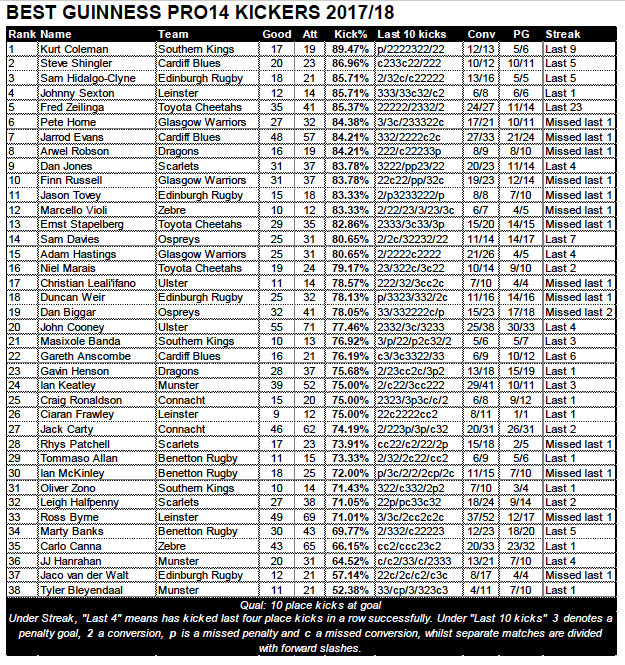 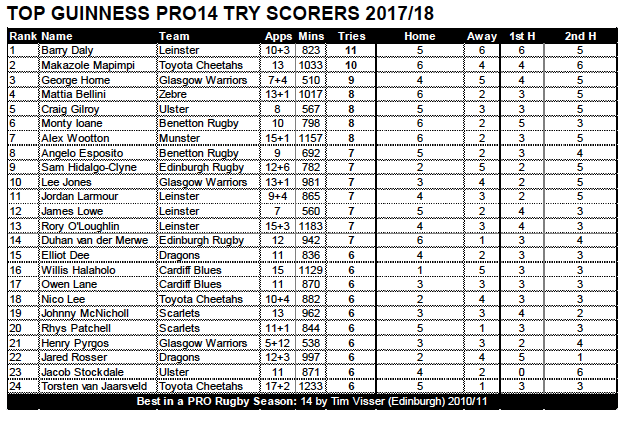