With only two full rounds left the focus is now fully on making the Final Series or Champions Cup Play-Off with 11 teams having something still to play for. 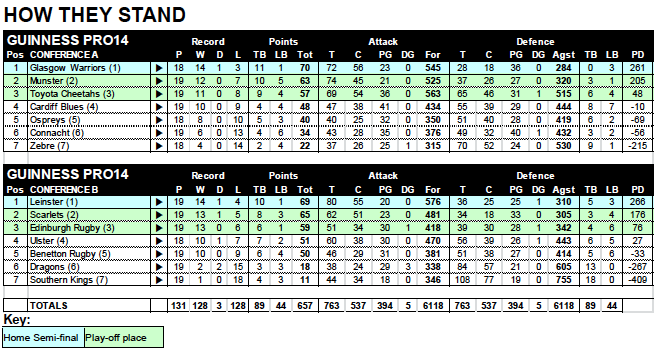 Two former champions Glasgow Warriors (A1) and Connacht (A6) face each other at Scotstoun on Friday evening, (KO 19:35), Warriors are still trying to secure home advantage in the Final Series, a win here could do just that.

Munster (A2) continue their travels in South Africa with a first visit to Toyota Cheetahs (A3) (KO19:35 SA / 18:35). With only seven points separating them in Conference A, this game could be classed as a real ’10-pointer’ with a win for either side having the benefits of denying their direct opponents the points, with home advantage in the Semi-Final Qualifier at stake.

Finally on Friday Ulster (B4) face Ospreys (A5) at Kingspan Stadium (KO19:35). Victory over rivals, Edinburgh last weekend, and with a game still in hand, Ulster are making a late challenge for the Final Series, and another home win would help that cause whilst the focus for Ospreys, also with a game in hand, must be European qualification.

On Saturday Zebre (A7) host Dragons (B6) at Stadio Frattori in L’Aquila (KO 17:00 Italy / 16:00 IRE/UK) only the second game Zebre have taken away from Stadio Lanfranchi. Zebre are still searching for the win that would give them their best ever return in the Championship.

Leinster (B1) face a second Italian opponent in as many weeks when Benetton Rugby (B5) are the guests at the RDS Arena (KO 19:35). Having secured a place in the Final Series last round, Leinster will be trying earn a home Qualifier with the right result here whilst Benetton could set themselves a new record for wins in the Championship.

Southern Kings (B7) revert back to their usual home ground, Nelson Mandela Bay, for the fixture against Cardiff Blues. (A4) (19:35 SA / 18:35 IRE/UK). Whilst Kings cannot make the top three themselves, victory here would help their compatriots, Cheetahs, ease their way into the Final Series, conversely Blues will be looking to keep ahead of Ospreys, who have a game in hand, in the race for European qualification.

Pick of the Round: Edinburgh v Scarlets

Edinburgh (B3) face Scarlets (B2) at BT Murrayfield (KO 15:15) in a game where neither team can afford to slip up. A week after losing to another of their close rivals, Ulster, a loss here would have Edinburgh looking over their shoulders whilst victory would put pressure on the team ahead of them, Scarlets, in the race for a home Qualifier. 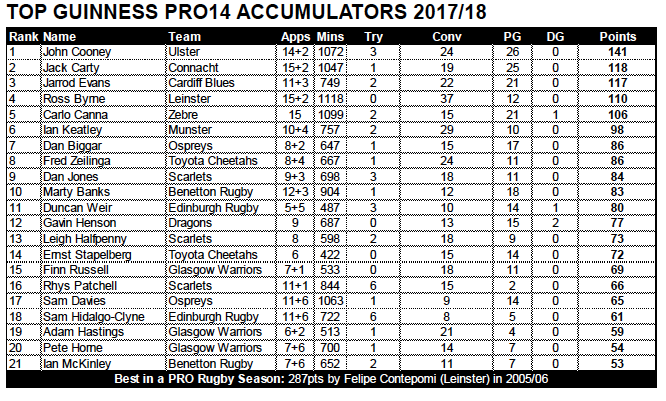 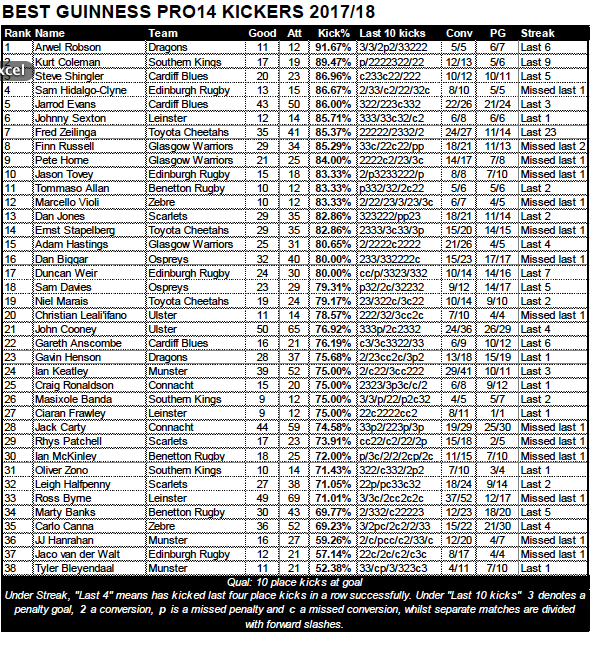 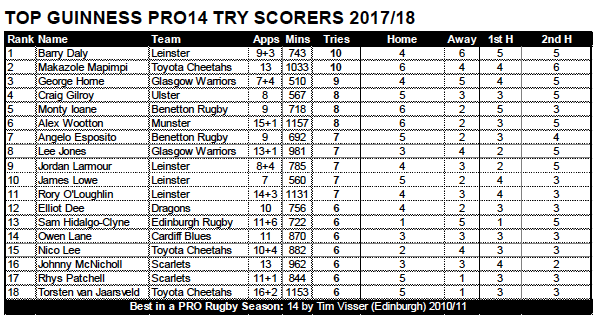