After a weekend of great drama, the Guinness PRO14 season is building up to a fascinating finale.

Glasgow Warriors have secured their place in the PRO14 Final Series thanks to their record-setting pace which has returned 65 points in their first 15 games – beating the previous mark of 58 after 15 rounds.

Edinburgh have now put themselves in the mix after their late win over Ulster while it was a terrific weekend for the Italians who both won away from home in the same round – a first-ever for Benetton and Zebre. The Guinness PRO14 Final takes place at Aviva Stadium on May 26 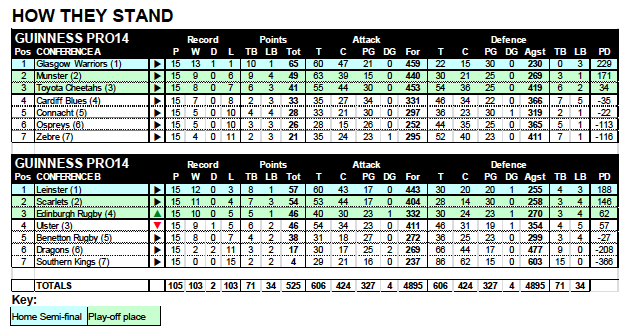 In a move to reach out across the Gwent region Dragons will welcome Edinburgh (KO 19.35) to Ebbw Vale’s Eugene Cross Park on Friday night. Bernard Jackman’s team are looking to reclaim some form, but Richard Cockerill’s Edinburgh team have been incredibly resolute of late and Dragons will need a vocal support here.

Leinster were one of the first sides to visit the Southern Kings in September and now the South Africans make their first appearance in the RDS Arena (KO 19.35 UK/21.35 SA, live on TG4 and SuperSport). Leinster came out on top in a tight contest against Scarlets last weekend while Kings came close to their first win against Ospreys. Both teams like to spread the ball and the visitors will bring plenty of confidence from their last outing.

On Saturday Benetton take on Connacht in Treviso (KO 13:00 Italy /12:00 IRE/UK, live on Eurosport & TG4). Connacht were undone at home last weekend by Zebre, while Benetton come into this game in their best-ever run of form in the Championship after five consecutive wins.

Ospreys play their final fixture of the season against South African opposition as the Toyota Cheetahs come to Swansea (KO 17:30). The Cheetahs are in need of a win after two consecutive defeats but Ospreys have won three of their last four Championship fixtures which will provide a renewed confidence for the men in black.

Scarlets aim to get back on track against Ulster (KO 19:35, live on S4C and BBC NI) after back-to-back losses to Benetton and Leinster. The visitors were rocked by Edinburgh’s late drop-goal victory last weekend and a trip to Llanelli is hardly ideal for Ulster who need to keep up with the Scottish side who hold third place in Conference B.

Sunday’s only fixture sees Zebre face Cardiff Blues (KO 14:00 Italy/ 13:00 UK live on Eurosport) with both teams buoyed by recent results. Michael Bradley’s team won convincingly against Connacht last week while Cardiff Blues have stitched impressive wins together against Cheetahs and Munster as they set a late charge for the Final Series.

Pick of the Round - Munster Rugby v Glasgow Warriors

Live on Sky Sports Action (Ch 407) on Friday night, Munster have to take their chance to close the gap on Glasgow Warriors who are 12 points ahead of them in Conference A. If the three-time Championship winners are to have any chance of reeling in Dave Rennie’s team they must win here in Cork, however, Warriors have been playing scintillating rugby in the Guinness PRO14 this season and this appears to be a fascinating encounter. 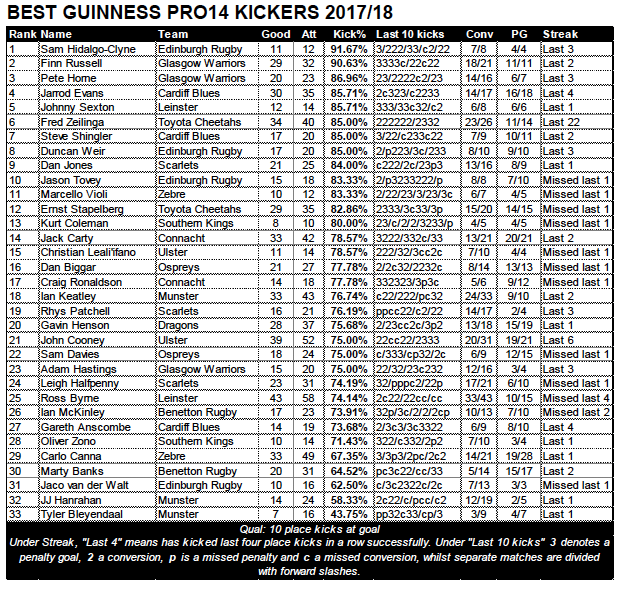 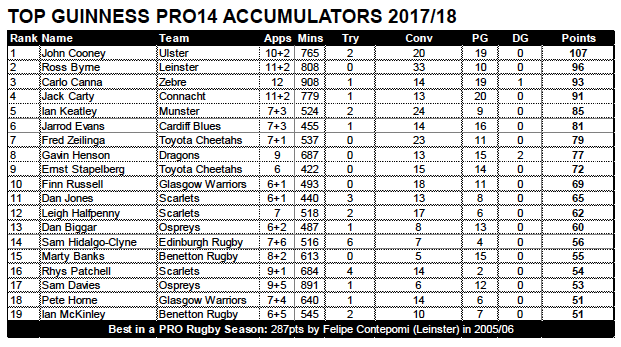 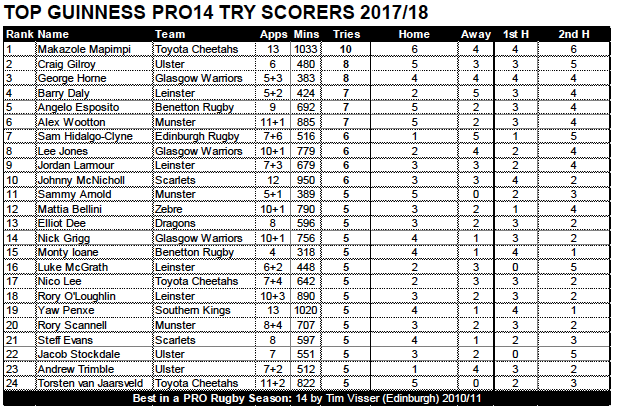