With just seven rounds left to go in the Guinness PRO14 Round 15 promises plenty of fiery competition as six of the seven fixtures are in-Conference clashes.

The top four teams across both Conference A and Conference B will face off with precious points at stake for those clubs eager to stay on track to reach the Guinness PRO14 Final Series. As the South African and Italian clubs are playing away from home this weekend all games will take place within the UK & Ireland with every game broadcast live. 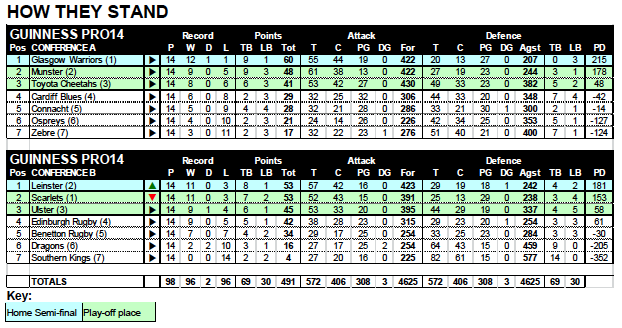 Connacht host Zebre (KO 19.35, live on TG4) on Friday night as they aim to keep building momentum after last weekend’s win against Ospreys. With the Toyota Cheetahs ineligible for Europe, Connacht are battling it out with Cardiff Blues to grab the final automatic Champions Cup place in Conference A – from that perspective Connacht can not afford to slip up against the Italians, coached by the province’s one-time boss, Michael Bradley.

Glasgow Warriors welcome the Toyota Cheetahs (KO 19.35 UK/21.35 SA, live on BBC ALBA and SuperSport) to Scotstoun where there is plenty at stake. Cheetahs need a win to keep the distance between themselves and Cardiff Blues in third place while also keeping in touch with second-placed Munster in Conference A. Glasgow have a firm hold on a home Semi-Final and will not want to let that slip during a busy four-game period.

Ospreys take on the Southern Kings at Liberty Stadium (KO 19:35 UK/21:35 SA, live on BBC Wales & SuperSport One). Mathematically, Ospreys can still reach the knock-out stages of the Championship and this game must form the starting point for any resurgence in form.

On Saturday Cardiff Blues are looking to down another Conference A rival for the second week in a row with Munster coming to the Welsh capital (KO 17:30, Sky Sports Main Event Ch 401 & Sky Sports Action Ch 407). Blues can keep Connacht below them in terms of Champions Cup qualification and possibly close the gap on Cheetahs, but Munster need every win possible in order to keep up hopes of catching first-placed Warriors.

Sunday’s only fixture sees Dragons host Benetton (KO 15:30, live on S4C) and the Italians arrive in red-hot form with four consecutive wins under their belt looking to set a new record of five wins in a row. Benetton are also closing in on their most wins ever in a season (10) but Bernard Jackman is likely to has some of his Welsh internationals back for what promises to be a very competitive encounter.

Pick of the Round: Leinster Rugby v Scarlets

Live on both Sky Sports Main Event (Ch 401) and Sky Sports Action (Ch 407) Leinster and Scarlets meet at the RDS for the first time since the Champions stunned the Irish province in last season’s Semi-Final.

The sides meet level on points at the top of Conference B, with Leinster on top by virtue of their attacking record, and both will be fully focused on ensuring they have home advantage come the Guinness PRO14 Final Series.

Returning internationals will mix in with some of the Championship’s hottest rising talent and with Leinster and Scarlets committed to playing fast, entertaining rugby this should prove to be a really eye-catching game. 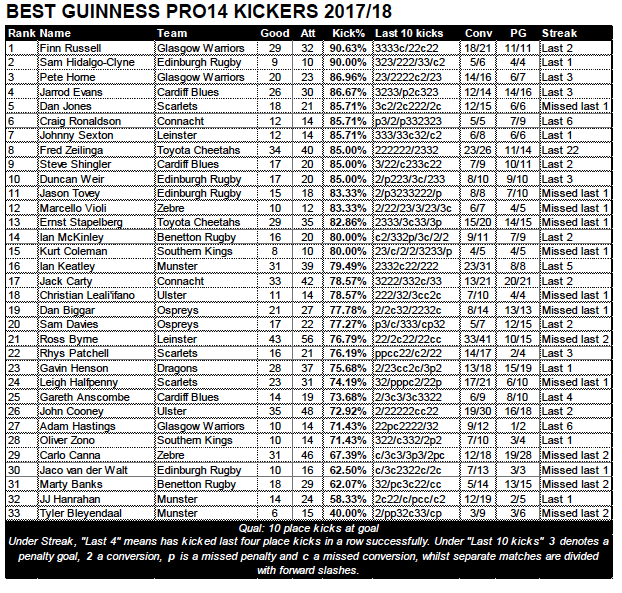 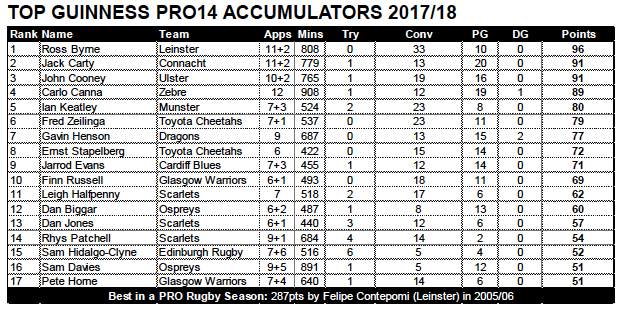 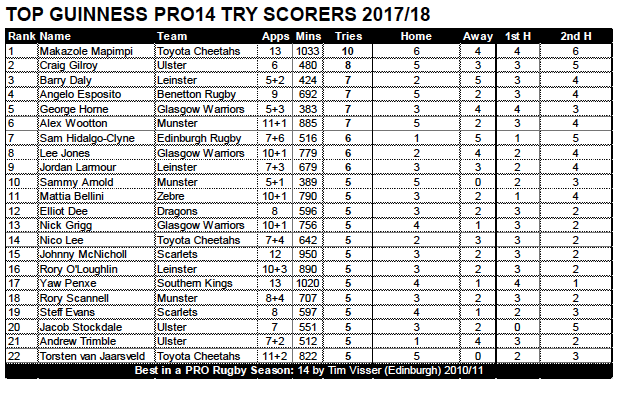