The Guinness PRO14 returns after a short break with a full programme during the first rest week of the Guinness Six Nations.

The race for places in the Guinness PRO14 Finals Series is as tight as ever with two points separating four teams in Conference A, while that is also the case in Conference B.

In Conference A, Munster and Glasgow Warriors have a little breathing space ahead of the chasing pack, while only Leinster look safe in Conference B as teams target a place in the Finals Series. 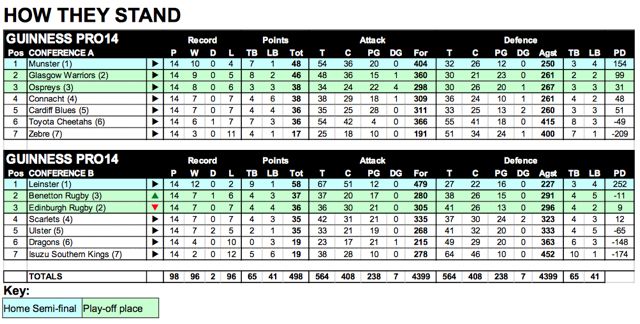 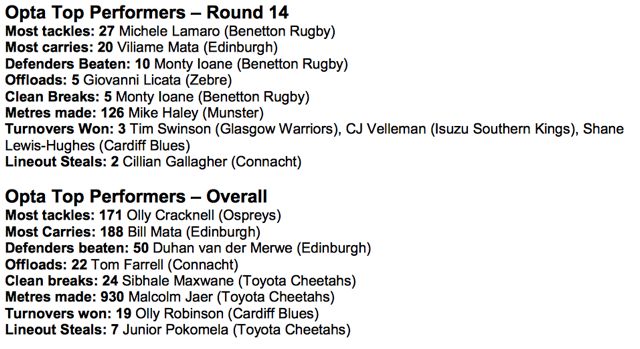 The action kicks off on Friday night when two teams right in Finals Series contention face off at Brewery Field in Bridgend when Ospreys (A3) host Ulster (B5) (live on Premier Sports 1 & eir Sport 2, 7:35pm). The Ospreys have been up and down in recent Guinness PRO14 fixtures, with their last game a low- scoring 9-3 defeat to the Glasgow Warriors.

While they are still in the Conference A Finals Series spots, they have very little margin for error sitting just two points clear of the Toyota Cheetahs in sixth. Ulster, meanwhile, needed a late penalty try to snatch a home draw with Benetton last time out. That score could prove crucial come the end of the season, but only if Dan McFarland’s can end a run of three straight defeats on the road in the Championship.

Also on Friday night, Munster (A1) will look to cement their position at the top of Conference A when they welcome the Isuzu Southern Kings (B7) to Irish Independent Park in Cork (live on Free Sports & eir Sport 1, 7:35pm & Super Sport 1, 9:35pm). Having won five in a row in all competitions, Munster come into the game in fine form against a Kings team still searching for a first win on the road in the competition. Munster haven’t lost in 17 successive home games, with their last defeat in Cork coming all the way back in 2016 when Cardiff Blues were victorious there.

The final game of the night sees Edinburgh (B3) welcome the Dragons (B6) to BT Murrayfield (live on Premier Sports 2, 7:35pm). Richard Cockerill’s side will be looking to bounce back from defeat away to the Southern Kings last time out, leaving them just one point clear of the Scarlets in the race for a top three finish. Prior to that, they had won seven in a row in all competitions, while the Scots have not lost at home since April. The Dragons, meanwhile, were narrowly denied at home to Munster last time out, and are still without a win in Scotland in the Championship since 2013.

The action continues on Saturday when two teams at opposite ends of their respective conferences meet in Viadana with Zebre (A7) entertaining Leinster (B1) (live on Eir Sport 1 & Premier Sports 2, 3:30pm & DAZN, 4:30pm). It will be the first time that Zebre have played a home game outside Parma, as they go to the Stadio Luigi Zaffanella, which formerly hosted Aironi’s games in the competition. They face a Leinster team that have won all 11 meetings between the sides. Zebre have not won in the Guinness PRO14 since the end of October, losing home and away to the Toyota Cheetahs in their last two games.

A big game in Conference A sees Connacht (A4) welcome the Toyota Cheetahs (A6) to the Sportsground in Galway (live on TG4, Premier Sports 2, 5.30pm & Super Sport 1, 7:30pm). Only two points separate the teams, with Connacht having edged the previous meeting in Bloemfontein 21-17 at the start of December. The Cheetahs have since hit some form, winning their last two games on the road, but they have never managed three successive away wins in the Guinness PRO14. Connacht have stumbled a little in recent weeks, following a good start to the season, with just one win in their last four in the league.

Finally on Saturday evening Cardiff Blues (A5) play host to Glasgow Warriors (A2) at the Cardiff Arms Park (live on Eir Sport 2 & Premier Sports 1, 7:35pm & Super Sport 1 9:35pm). The Blues edged past Connacht last time out, and have won three of their last four in the league to stay right in the hunt for the Finals Series. Their only Guinness PRO14 defeat of the season at home came on the opening weekend against Leinster, a record they will be keen to extend against the Warriors. After an exceptional start, Dave Rennie’s side had stumbled a little over the Christmas period, but their hard-fought win over the Ospreys gave them a little more margin for error in Conference A.

Pick of the Round – Benetton v Scarlets

A draw that could easily have been a win away to Ulster was enough to keep Benetton (B2) in second place ahead of their clash with the Scarlets (B4) (live on Eir Sport 2, Premier Sports 1 & S4C, 6:15pm, & DAZN 7:15pm). With so little between the four sides battling for two spots – Ulster and Edinburgh the others in contention – it is impossible to predict who will make it with any confidence. For Benetton, a second win over the Scarlets since 2013 would consolidate their hopes of finishing in the top three, and they face a Scarlets team who have won just once on the road in all competitions this season. Benetton are unbeaten in five in the Championship since a defeat to the Toyota Cheetahs back in November. 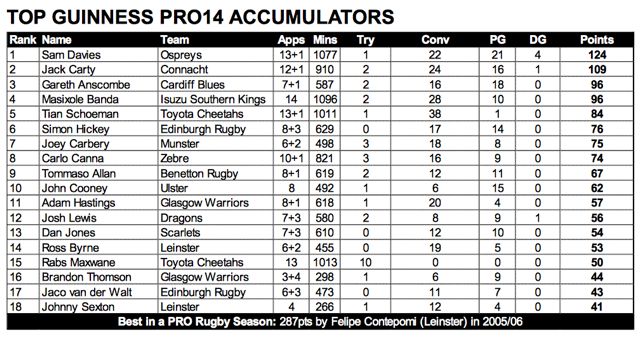 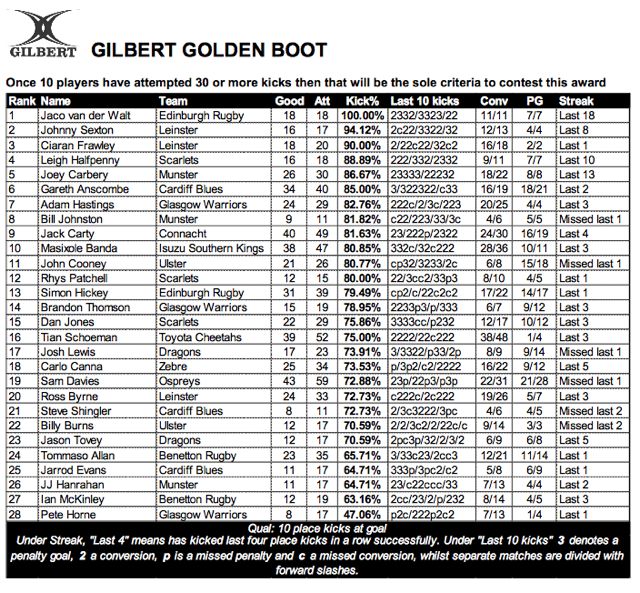 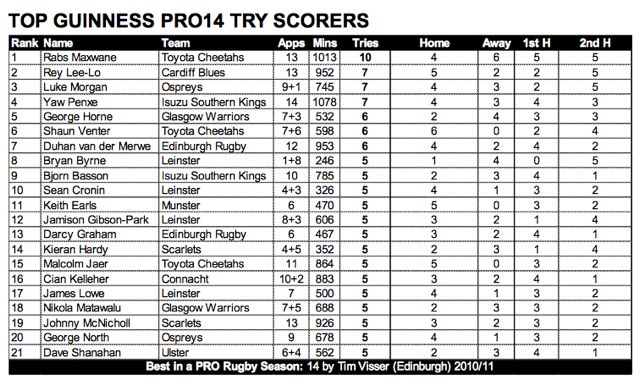