The Guinness PRO14 returns with its first full slate of games since December with fixtures playing out across Italy, Ireland, Scotland and Wales.

With only eight rounds left in the regular season the competition is heating up right across both Conferences as teams fight it out for Final Series places and Champions Cup qualification. Clubs will also be eager to secure home advantage in the knock-out stages but Scarlets proved last year that away teams can still claim the title as the Championship becomes more unpredictable. The Guinness PRO14 Final takes place in Dublin’s Aviva Stadium on May 26 (visit www.ticketmaster.ie for more). 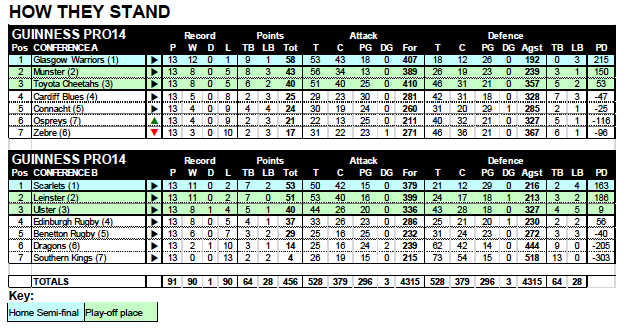 Connacht pick up their campaign against Ospreys (KO 19.35) eager to take advantage of the result between Cardiff Blues and Toyota Cheetahs – two of their closest rivals in Conference A. Connacht will be buoyed by their success in the Challenge Cup while Ospreys will have a new coach at the helm, forwards coach Allen Clarke has taken charge of the team after the depature of Steve Tandy.

Dragons will be hoping for a vocal support when high-flying Glasgow Warriors come to town (KO 19:35 live on BBC2 Wales). The 2015 champions have only suffered one defeat this season but with Bernard Jackman instilling a new attitude at Dragons this fixture could provide an upset.

Edinburgh’s recent record in all competitions is strong and Leinster will have to be at their best to match the physical intensity that has become the hallmark of Richard Cockerill’s team. The game takes place at Myreside (KO 19:35 live on BBC ALBA and TG4) marking a year since the ground become Edinburgh’s regular home. A positive result for the hosts would keep the pressure on Ulster for the third Final Series place in Conference B.

The final game on Friday night sees Ulster entertain Southern Kings (KO 19:35 UK/21:35 SA, live on BBC2 NI & SuperSport One) as the home team begin life after the departure of Director of Rugby, Les Kiss. The fans at Kingspan Stadium will be in for a treat if this fixture is anything like the teams’ first meeting in November that produced 12 tries in a 43-36 thriller in Port Elizabeth.

Zebre are the visitors to Thomond Park on Saturday evening to take on Munster (KO 19:35 UK/Ire / 21:35 SA, live on TG4 and SuperSport One). Munster will feel the need to ensure they keep a distance between themselves and the Cheetahs in Conference B, but also take advantage of any slip-up by Glasgow Warriors in order to cut down the 15-point lead the Scots currently hold at the top of the Conference.

Sunday’s only fixture sees Benetton Rugby host defending champions Scarlets (KO 13:05 ITA / 12:05 UK, live on Eurosport Italia & Sky Sports, Ch 408). With both teams looking at changed starting XVs this promises to be an lively affair. However, Benetton have proven tough to beat in Treviso this season so the men from Llanelli are sure to be in for a tough afternoon’s work.

Pick of the Round: Cardiff Blues v Toyota Cheetahs

Both of these teams like to throw the ball about and play an expansive game – perfect for the artificial surface at Cardiff Arms Park. There’s a lot at stake, too, Cardiff Blues may trail the Cheetahs by 15 points in Conference A but this represents a chance to eat into that lead before they travel to Bloemfontein later in the season. Rory Duncan’s Cheetahs have won away from South Africa just once this season and their performance in the Welsh capital should give us a greater insight into how much they can improve their road form. 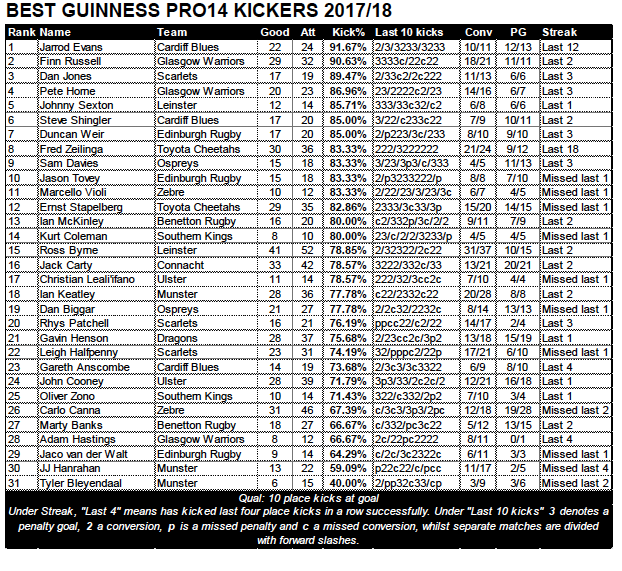 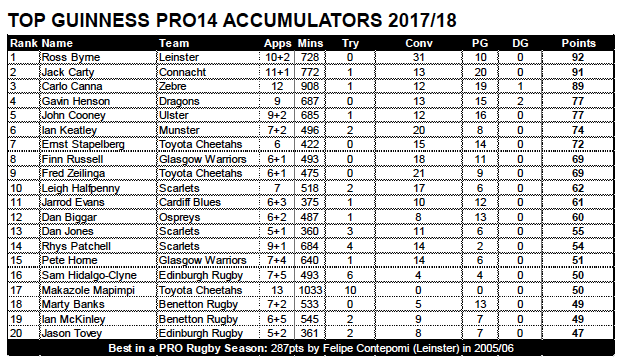 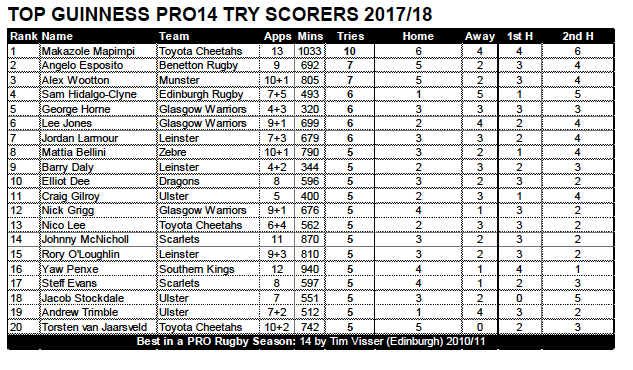