The Guinness PRO14 will make a big impact with a full slate of Derby fixtures across Italy, Ireland, Scotland and Wales playing out to the backdrop of the Festive season.

After taking on Europe for the past two weeks there will be no let-up in intensity as precious Championship points and local bragging rights are up for grabs. Round 11 will also see clubs playing with a fresh batch of Gilbert MATCH-XV balls which have contributed to a higher number of tries and greater accuracy from goal-kickers in the Guinness PRO14.

After 18 players from the Championship won their first international caps in November, everyone who takes to the pitch will be eager to catch the eye of their national coaches as the Derbies come thick and fast across Christmas and New Year. For their teams every match point is vital as clubs across the Championship keep their ambitions set on reaching the Guinness PRO14 Final at Dublin’s Aviva Stadium on May 26. 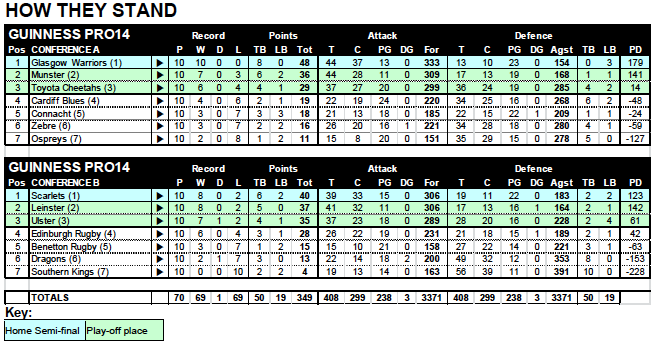 The action kicks off in Treviso where Benetton Rugby take on Zebre (Eurosport Italia, 15:00) in what should be one of the fiercest Italian Derbies in a long time. Both teams have shown great improvement this season claiming six wins and 31 points between them compared to last season’s figure of two wins and 14 points after Round 10. Benetton have shown renewed strength this season, but Zebre coach Michael Bradley has overseen the introduction of some exciting young Italian internationals which promises to add a cutting edge to this fixture.

Galway plays host to Connacht’s clash with Ulster (TG4, BBC NI, 19:35) at the Sportsground with more than just pride on the line. With the Toyota Cheetahs competing at the top of Conference A the South Africans’ ineligibility for Europe means that Connacht are duelling with Cardiff Blues for that final automatic Champions Cup spot and they trail the Welsh region by one point. Ulster meanwhile need to keep tabs on Scarlets and Leinster at the top of Conference B and will enter this game buoyed by their recent Champions Cup performances.

On Boxing Day, Dragons welcome Cardiff Blues (BBC Wales, 14:00) to Rodney Parade where Bernard Jackman’s team have produced their best performances this season. Cardiff Blues, however, need to keep clear of Connacht in terms of European qualification and with both teams keen to play fast rugby the improved conditions in Newport should set the scene for a cracking encounter.

Sitting second in their respective Conferences, Munster and Leinster (TG4, Sky Sports Action Channel 407, 15:15) meet in this St Stephen’s Day duel knowing how crucial every point will be in as they aim to reel in pace-setters Glasgow and Scarlets. Munster have brought in extra seating to bring the capacity up to 26,267 for what is primed to be a sell-out occasion between Ireland’s fiercest rivals.

With news of players swapping colours between these two neighbours from West Wales for next season Scarlets battle with Ospreys (S4C, Sky, 17:35) will have plenty of storylines to tuck into. Can Ospreys use their Champions Cup exploits to launch a resurgence in the Guinness PRO14 or will Scarlets’ slick counter-attacking game prove too much for Steve Tandy’s men? With some of the best Welsh international talent on show across both teams this promises to provide plenty of festive fireworks.

In the Scottish capital, Edinburgh and Glasgow Warriors (Sky Sports Action Channel 407, BBC Alba, 17:10) mix it up in the first 1872 Cup game at BT Murrayfield with a terrific battle in store. The Warriors arrive looking to match Ulster’s record of 11 straight wins to start a Championship season, but Edinburgh have begun to find their groove and physical edge under head coach Richard Cockerill which should bring about a contest full of flair and intensity. 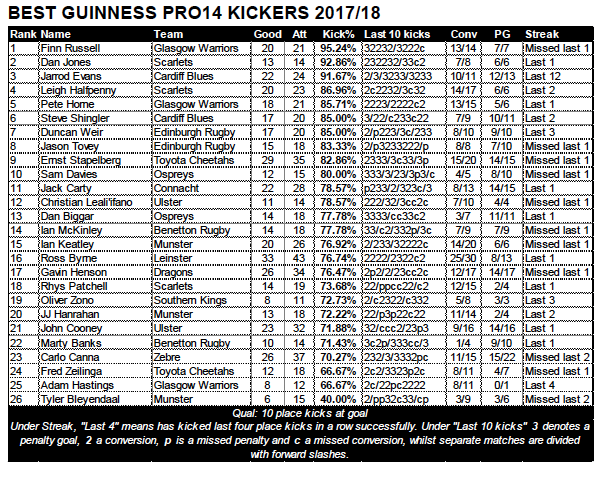 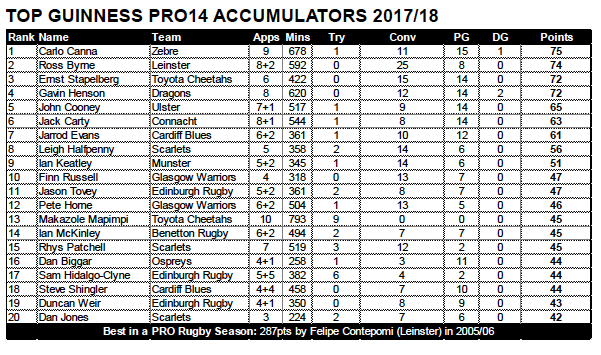 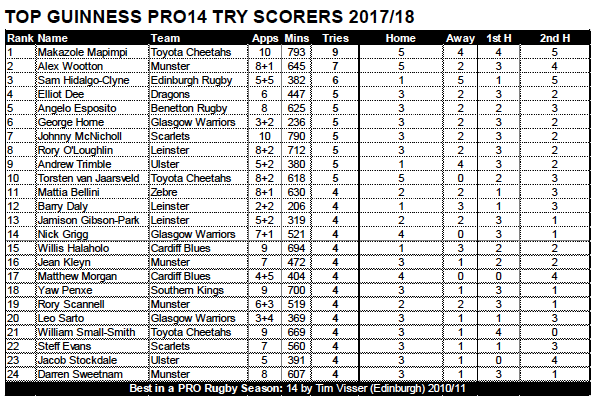