With just three rounds to go in the regular season, every game counts in the Guinness PRO14 – here’s a round-up of what’s going across the Championship this weekend.

In the Conference tables, Glasgow Warriors still hold a slight advantage over Munster in Conference A, while Pool B Leinster still plough on with their home Semi-Final already in the bag.

It looks to be going right down to the wire for second place in Conference B. Benetton and Ulster should both be wary of Edinburgh Rugby as well as each other, especially as the latter two play each other in Round 20. 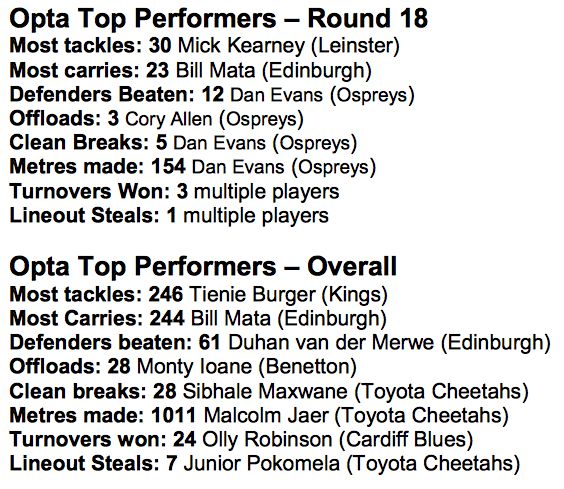 The weekend kicks off with Glasgow Warriors (A1) v Ulster (B2) at the Scotstoun Stadium (live on Premier Sports 1, eir Sport 2, DAZN 19:35). Warriors have a Final Series berth secured but are battling Munster in the final three rounds for top spot in Conference A. Ulster have three clubs breathing down their necks battling it out for second and third spot in Conference B, but currently lead the charge by four points. Ulster prevailed 36-15 in Belfast last April, taking their head to head to 17-14, including some pretty titanic battles between these two great clubs.

The other Friday night kick off is across the Irish Sea in the city of Cork; Munster (A2) v Cardiff Blues (A4) (live on Premier Sports 2, eir Sport 1, S4C, DAZN and TG4, 19:35). Munster are looking to down Glasgow for top spot whilst Cardiff Blues aim to pip Connacht to the final Conference A Final Series spot.

The higher placed side, Munster, has won 18 of their 31 previous match-ups, but Cardiff Blues came out on top, 37-13 in the Welsh capital last September. Blues come into this one in slightly better form, having beaten Scarlets, the Isuzu Southern Kings and Edinburgh in their last three Championship matches, whilst Munster lost to Scarlets in between victories over Ospreys and Zebre.

Saturday’s PRO14 action commences with Toyota Cheetahs (A6) v Ospreys (A5) at the Toyota Stadium, Bloemfontein, South Africa (live on Premier Sports 2, Super Sport 1 & CSN,DAZN 16:30). In just three previous meetings the Cheetahs have won one to the Ospreys two. Most recently the Welsh side won 46-14 at home in September. T remaining matches.

Zebre (A7) face Connacht (A3) at Stadio Sergio Lanfranchi (live on eir Sport 1, TG4, DAZN 17:30). The two teams have done battle on 13 occasions, Connacht lead the head to head 10-3. September’s meeting saw the dominant side triumph 32-13. Zebre have still not added to their three victories all season, whilst Connacht have beaten Benetton and Ospreys in recent rounds since losing to Glasgow in February. If Connacht win and Munster beat Cardiff Blues then the Galway-based side will have their best chance of sealing a Quarter-Final berth.

Two of the top three in Conference B do battle on Saturday as Leinster (B1) play Benetton Rugby (B3) (live on eir Sport 1, DAZN and TG4, 19:45). Leinster are well clear at the top of Conference B and Benetton will arrive with clear intentions on repeating last year’s surprise win in Dublin. Leinster will be eager to build momentum after their European Cup win over Ulster and already this season Leinster have handled Benetton comfortably with a 31-3 victory in Treviso back in October.

The Sunday fixture will be played at the Madibaz Stadium in Port Elizabeth, South Africa (live on Free Sports, Super Sport 1 & CSN, eir Sport 2, DAZN 14:00SA/13:00GMT). This fixture between the Isuzu Southern Kings (B6) v Dragons (B7) will go a long way to deciding who avoids finishing bottom in Conference B. Only once in the past three meetings have the Kings prevailed, but Dragons edged a high- scoring match 27-22 at Rodney Parade last September.

Scarlets simply have to win to keep themselves in the running for Conference B second spot. Mathematically Edinburgh have some leeway but if Scarlets win, then they’d go above Edinburgh and the Scottish side would have three sides above them in the race for second spot going into the final two rounds. Fortunately for both Edinburgh and Scarlets, Ulster and Benetton are both facing top placed sides this weekend. A draw would be the ideal result for both Ulster and Benetton, severely hindering their threat from below, making it more of a two-team shootout for spot B2 in the final rounds.

These sides share a very close head to head record, Edinburgh just edging it 16-14 in their previous 31 meetings. Scotland’s capital side also won their most recent meeting, 31-21 at Murrayfield in November. Interestingly, despite having lost two more of their previous matches, Scarlets have scored a massive 11 more tries than Edinburgh. So, when they beat Edinburgh, Scarlets seem to do so in style, and their losses tend to still be high-scoring, exciting affairs. All great omens for this weekend’s battle. 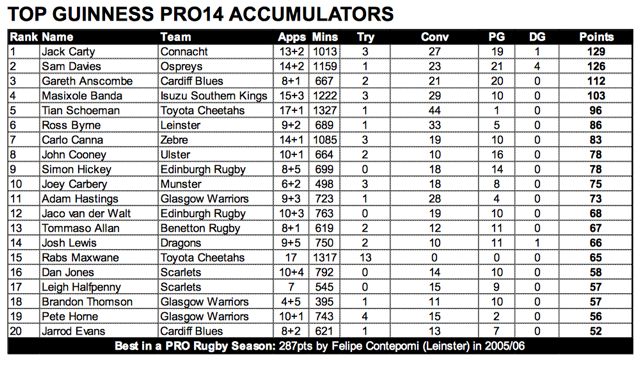 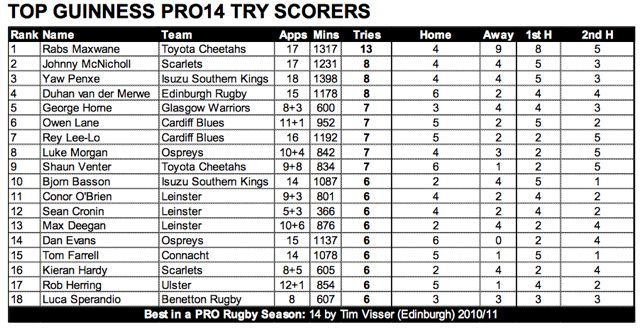