The battle to reach the Guinness PRO12 final is closing in on the halfway point and already it is impossible to project just who will reach the semi-finals come May.

Munster Rugby go into Round 10 as table toppers – the fourth team to do so this season – but former champions Leinster Rugby and Ospreys Rugby are in hot pursuit.

Entertainment has been the calling card of the Guinness PRO12 this season with the 277 tries scored pointing towards a record-setting campaign, but clubs now will look to their returning international starts to further lift the intensity of their title challenges.

During November 84 players combined for Italy, Ireland, Scotland and South Wales to take wins over all of the 2015 World Cup semi-finalists – Argentina, Australia, New Zealand and South Africa.

In addition, 17 rising talents from the Guinness PRO12 won their first caps between all four competing PRO12 nations.

Round 10 is the last weekend of Guinness PRO12 action until the Festive fixtures begin and all 12 clubs are looking to consolidate their positions in the Championship table before returning to European action.

Cardiff Blues and Ulster Rugby will play out an intriguing game at the BT Sport Cardiff Arms Park on Saturday, live on Sky Sports, where both early title contenders are looking to arrest losing streaks.

Ulster have lost three in a row and have not lost four in succession since 2011, but Blues, too, need to break a run that has seen just one win in five PRO12 fixtures. Ospreys Rugby, unbeaten at Liberty Stadium this season, will be looking to capitalise on an Edinburgh team that has just one road victory to their name in over a year.

Opposing records clash at the RDS, too, where Leinster Rugby have won their last 16 Championship fixtures and come up against a Newport-Gwent Dragons team that has lost on their last 16 away trips.

Connacht Rugby host Benetton Rugby Treviso who are searching for their first win outside of Italy since 2013, meanwhile, Zebre Rugby host surging Scarlets who are looking to make it seven wins in a row.

Munster Rugby travel to Glasgow Warriors on Friday night as Championship leaders but Gregor Townsend’s team will be keen to get their challenge back on the right track after losses to Scarlets and Ospreys. Munster have a seven-point lead on fifth-placed Warriors but the home team have not lost three in a row since the 2010/11 season and they are sure to be bolstered by the return of some of their Scotland internationals.

It is a precarious fixture for the visitors who could see either Ospreys or Leinster leapfrog them into top spot given that the two sides play at home this weekend.

Munster will look to star performers such as Ronan O’Mahony and Tyler Bleyendaal while captain Peter O’Mahony could factor into selection after his spell on duty with Ireland. Warriors, meanwhile, should have a whole host of talent available to them as they seek to get a foothold back in the top four. 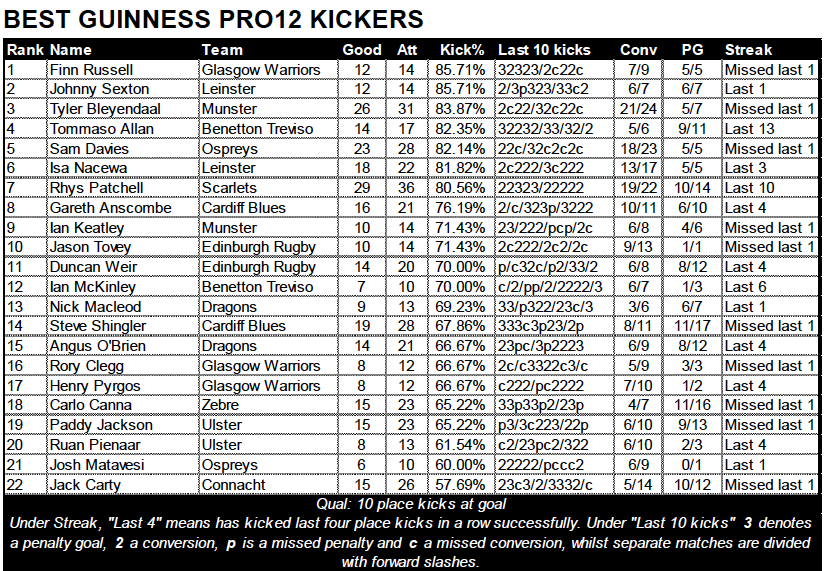 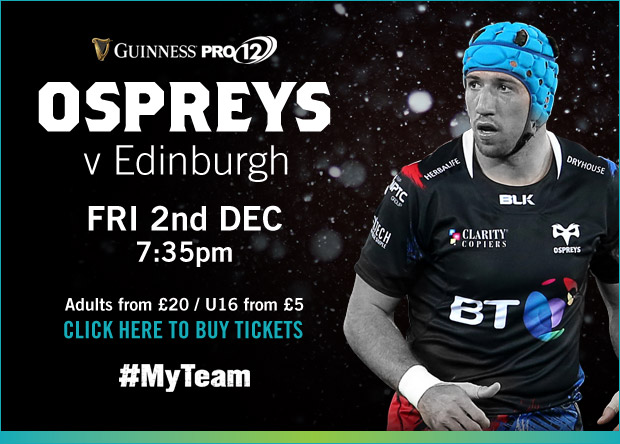