With the Championship now beyond the halfway point teams in the Guinness PRO12 will begin to set the table ahead of what promises to be an exciting run-in towards the end of the season.

Six teams are currently battling it out to reach a semi-final place with another four teams behind them hoping to press their claims for a Champions Cup qualification berth.

Five games take place this weekend due to the postponement of Edinburgh Rugby v Munster Rugby as PRO12 clubs aim to fine tune themselves ahead of the final two European rounds.

With Guinness PRO12 leaders Munster Rugby in European action against Racing 92 in the Champions Cup, second-placed Ospreys have an opportunity to reach the top of the table for the first time since Round 3.

Steve Tandy’s men take on Connacht Rugby at Liberty Stadium where they boast the best home record in the Championship having taken 29 points from a possible 30 this season.

The other game taking place in Wales in Round 13 is the meeting between Newport-Gwent Dragons and Benetton Rugby Treviso where the visitors are looking to complete a double over their hosts after a win at Stadio Monigo earlier this season. The Italians have won their last two games against Dragons, who lead Treviso by just four points in the table.

Zebre Rugby travel to Dublin to face Leinster Rugby at the RDS Arena where they face a formidable task in earning an historic win. Third-placed Leinster have won all 13 games played at their Dublin home against Italian opposition in the Championship and they have won eight of their last 10 games in the Guinness PRO12.

Finally, in Scotland, Glasgow Warriors will be eager to pick a victory ahead of a pivotal final two rounds in the Champions Cup, but Danny Wilson’s Cardiff Blues side will be aiming to complete their first double over the Scots since 2011 and desperate to regain some momentum ahead of the spring. 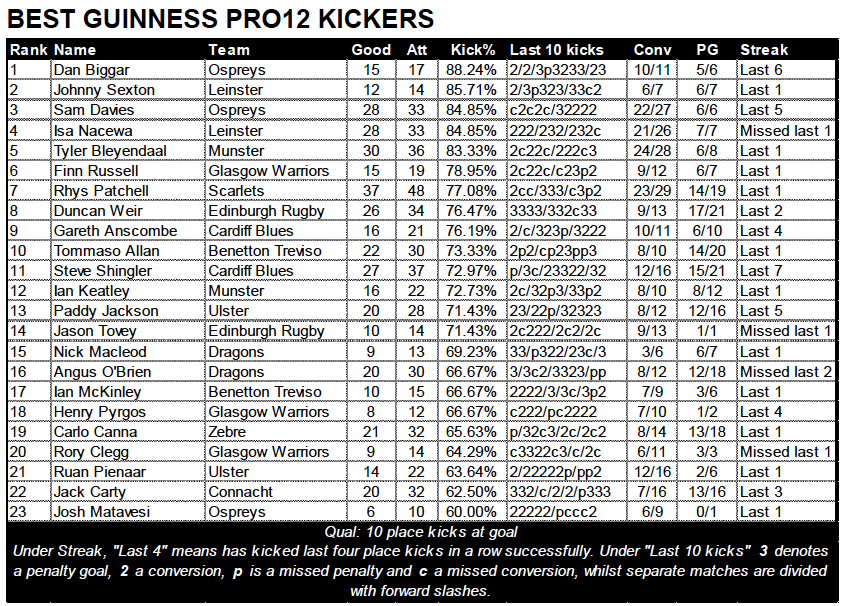 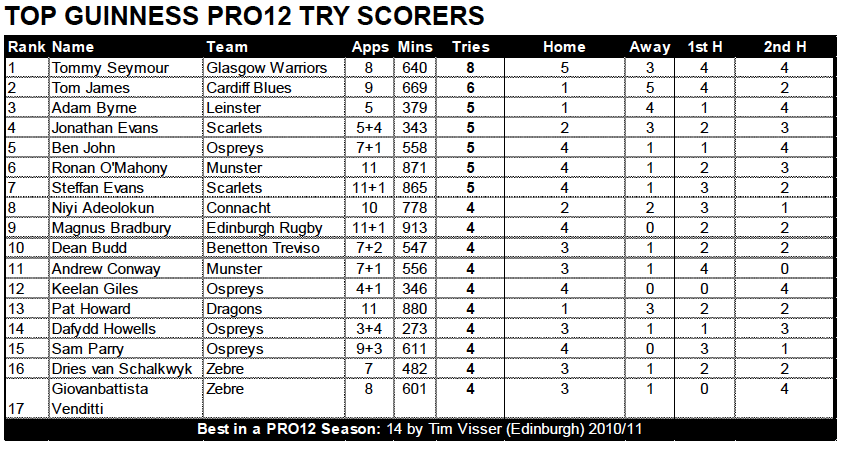 Tickets for the Ospreys v Connacht game are available to buy now ar www.ospreysrugby.com/buytickets, priced from £20 (adults), £5 (U16).