With just nine rounds to play, the Guinness PRO12 is hotting up!

In Round 14 games will take place on Friday (Feb 10) and Sunday (Feb 12) with four of the six fixtures broadcast live.

Munster Rugby lead Ospreys Rugby by a point at the top of the table while only six points separates 3rd-placed Leinster Rugby from Scarlets in 5th position.

Guinness PRO12 leaders Munster play host to Newport-Gwent Dragons at Irish Independent Park where they have lost two of their last four fixtures to Welsh opposition. However, Dragons arrive in Ireland searching for their first PRO12 away in 18 games. Ulster Rugby are also aiming to reverse a poor trend of results which has seen them pick up just one win across all competitions in their last six games while visitors Edinburgh Rugby are looking to complete their first double over the province since the 2007/08 season.

Ospreys Rugby and Leinster Rugby both travel to Italy to take on Zebre Rugby and Benetton Rugby Treviso, respectively, where they will arrive boasting two of the best attacking records in the Championship. Ospreys’ tally of 51 tries is the highest in the Guinness PRO12 while Leinster are second with 49.

Meanwhile, Cardiff Blues will host Connacht Rugby at BT Sport Cardiff Arms Park where the visitors really need a victory to push themselves into contention to qualify for the Champions Cup. Connacht have beaten Cardiff Blues already this season but have never completed a PRO12 double over the Capital region. 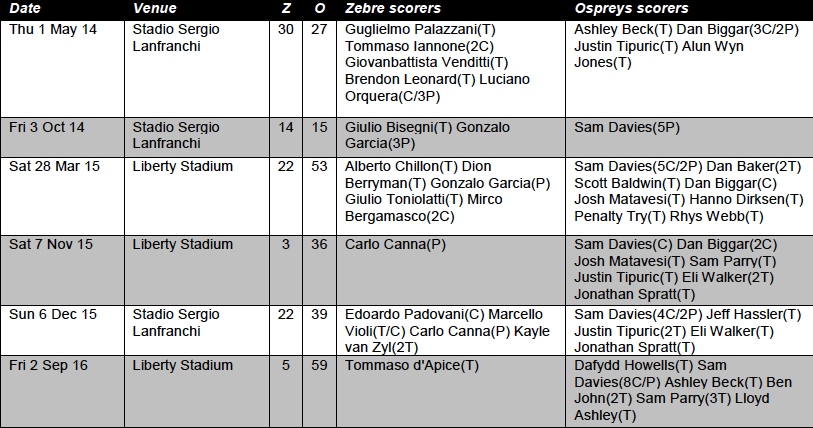 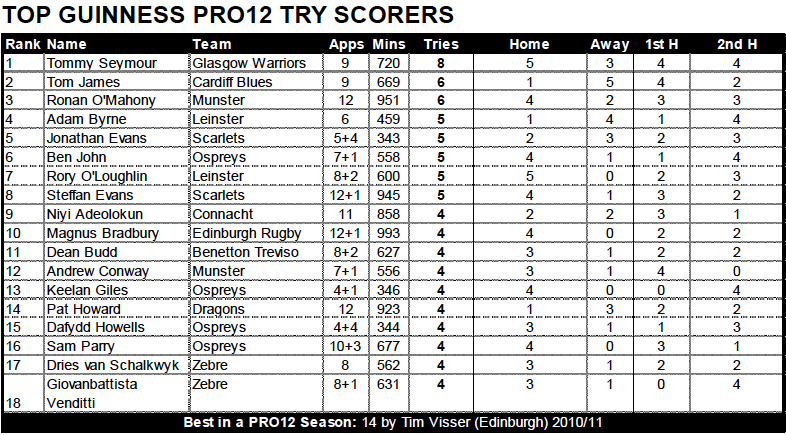 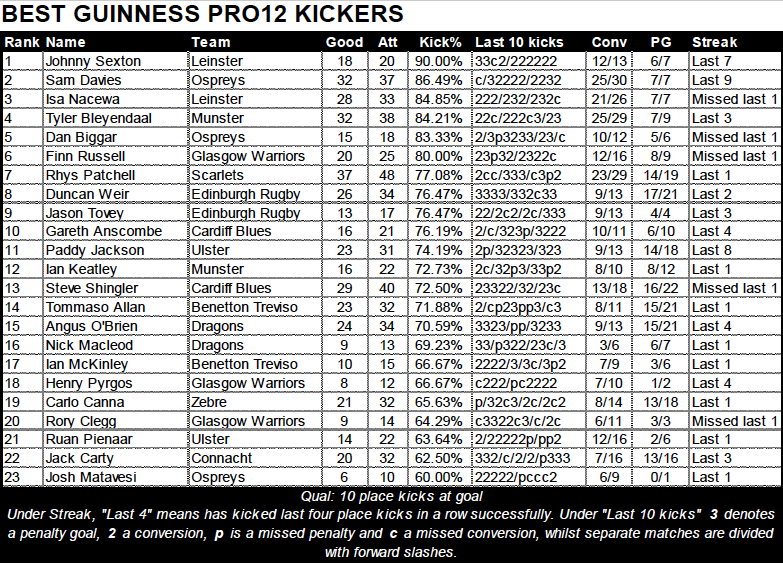 Tickets for this month’s home games against Munster and Glasgow are available to buy now at www.ospreysrugby.com/buytickets, priced from £20 (adults), £5 (U16) and, if you buy a Munster ticket you can get Glasgow for half price.