The Guinness PRO12 Championship takes centre stage this weekend as the focus returns to club rugby.

The meeting between Ulster and Glasgow Warriors at Kingspan will see both these heavyweights go toe-to-toe in a bid to gain some momentum and force their way back into the semi-final places.

The Warriors are coming off a costly loss at home to Scarlets while Ulster are back to winning ways after their victory over Edinburgh Rugby in Round 14. The sides overall Championship history against each other is evenly matched with Ulster claiming 15 wins to Glasgow’s 14 which adds to a solitary draw between the clubs.

Leinster Rugby and Scarlets are ahead of Ulster and the Warriors in the Guinness PRO12 table and they will be out to ensure that they gain ground on whoever drops points between front-runners – Ospreys and Munster.

Leinster will host Edinburgh at the RDS on Friday night as Leo Cullen’s team aims to extend their winning home record to 19 games in all competitions. Scarlets welcome Zebre to west Wales and they will be banking on their stout form at Parc Y Scarlets where they haven’t lost at home in the Championship since Munster’s win in Round 1.

Connacht Rugby will look to build on their win in Cardiff last weekend when they take on Newport-Gwent Dragons in a game that will have a bearing on qualification for the top six and the Champions Cup play-offs. Meanwhile, Cardiff Blues entertain Benetton Rugby Treviso at the BT Sport Cardiff Arms Park where the visitors have never won.


Pick of the Round - Ospreys Rugby v Munster Rugby

Swansea’s Liberty Stadium will be the focal point for the Guinness PRO12 on Saturday evening when first-placed Munster arrive to defend their one-point lead over Ospreys.

Both of these teams are multiple title winners and are looking to add to their haul yet again this season as they mix top-class international talent with some of the best up and coming players in the Championship.

Although Munster come into the game as table toppers, they will find it a tough task to take points away from Ospreys who have won all but one of their home games with a try-scoring bonus point. The overall Championship record between the teams provides few clues as to who will win with the record split 15 wins to 14 in favour of Ospreys with one draw.

• Ospreys Rugby are the best team in the Guinness PRO12 on current form having tallied 28 of a possible 30 league points from the last six rounds.
• Ospreys have won all ten encounters played at Liberty Stadium this season and have only missed out on maximum points when Scarlets visited the venue on 27 December.
• Munster have won their last eight matches in the Guinness PRO12 since Leinster beat them at Aviva Stadium on 8 October.
• The Munstermen’s only defeat to a Welsh Region this season was by a single point to Cardiff Blues in Cork in round 2 of the PRO12.
• Munster’s only defeat in their last four encounters with Ospreys was 17-21 in Cork last February.
• Munster have won on two of their last three visits to Liberty Stadium. 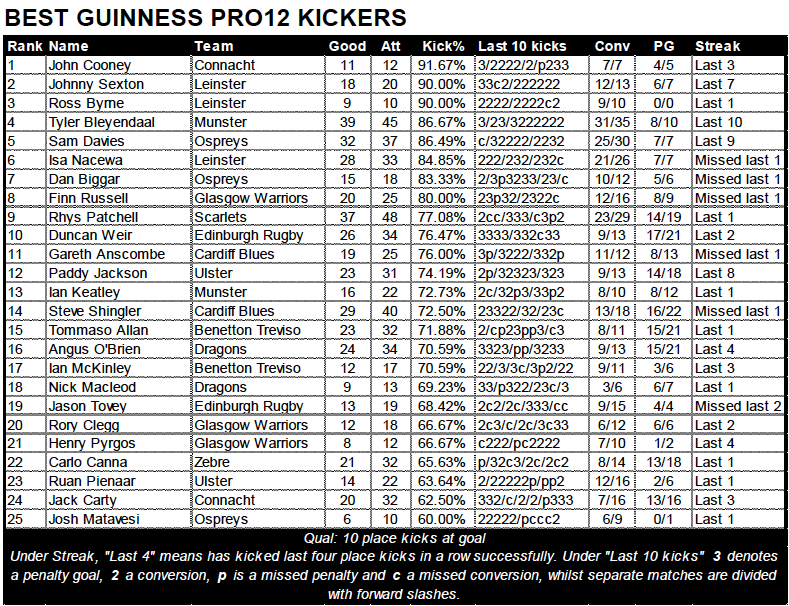 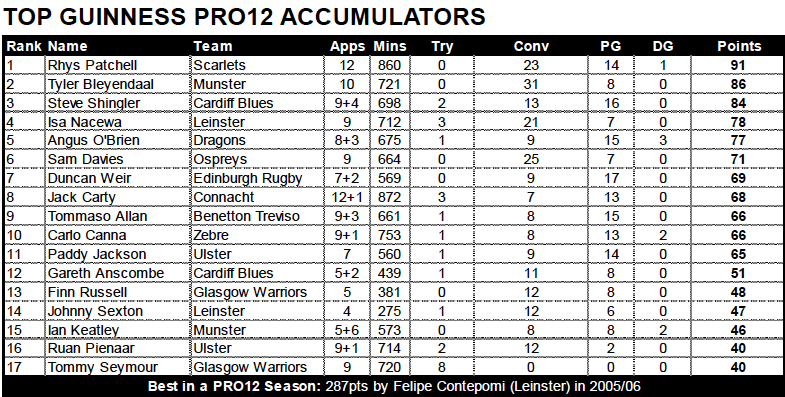 Tickets for this month’s home games against Munster and Glasgow are available to buy now at www.ospreysrugby.com/buytickets., priced from £20 (adults), £5 (U16) and, if you buy a Munster ticket you can get Glasgow for half price