As we prepare to welcome Glasgow Warriors to the Liberty Stadium in Round 16 this Sunday, here's a round-up of the current state of play in the Guinness PRO12.

After Round 15 produced plenty of drama and entertainment with 39 tries scored, the action in the Guinness PRO12 continues this weekend with games taking place across all four participating countries.

Friday night kicks off with a critical away trip for Scarlets who visit Munster Rugby at Thomond Park. The province have cemented their place at the top of the Championship table after their last-gasp victory over Ospreys Rugby in Round 15 and are unbeaten at Thomond Park in the Guinness PRO12 this season. Scarlets lie in fourth place, 10 points shy of Munster, and will need a win in order to ward off the growing threat from a resurgent Ulster Rugby.

Second-place Leinster Rugby travel to Rodney Parade to take on Newport-Gwent Dragons where the hosts will offer up stiff opposition based on their strong second-half showing against Connacht Rugby in Round 15. In the last four games between these teams the home side has finished with victory, but Dragons will need to shut down a Leinster team who have scored the most tries in the Guinness PRO12.

On Sunday, Ulster and Connacht travel to Italy to take on Zebre Rugby and Benetton Rugby Treviso, respectively. Ulster will be incentivised by their ambitions to mount a late surge and finish in the top four while Connacht know that a win in Treviso keeps them in contention to qualify for the Champions Cup or secure a play-off berth.

Pick of the Round - Ospreys Rugby v Glasgow Warriors

Swansea’s Liberty Stadium will be the focus of attention for the second weekend in a row as the four-time champions take on the title winners from 2015 – Glasgow Warriors.

Gregor Townsend’s team have lost their last two games in the Championship, but boast a record of five wins from their last eight trips to Wales and they are in real need of a win against Ospreys to stay in the hunt for a top-four finish.

However, Ospreys’ defeat to Munster last weekend was only their first at Liberty Stadium in the Guinness PRO12 and the European Challenge Cup this season. Ospreys have also claimed try-scoring bonus points in all but two of their Championship games in Swansea this season so it promises to be another fiery affair. 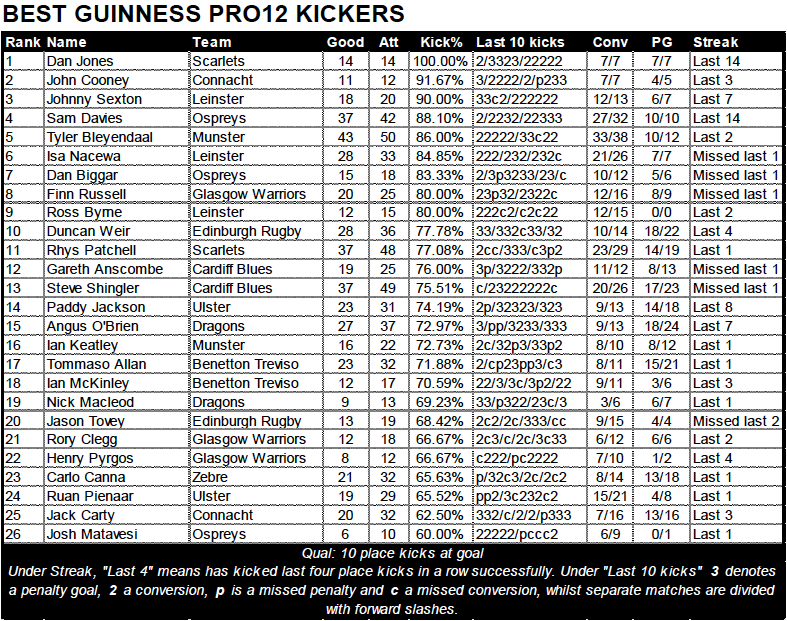