The opening round of the Guinness PRO12 saw four sides – Ospreys, Glasgow Warriors, Cardiff Blues and Ulster – posting bonus-point wins to kick off their campaigns.

Former champions Leinster and Munster also won their Round 1 fixtures as the 34 tries scored on the weekend eclipsed last season’s figure of 29 while attendances were also up over 13,000 on last year’s total with 48,500 at Guinness PRO12 games.

Five teams will play their first home game of the season and after their defeat to Ospreys, Zebre have remained in Wales to prepare for their visit to face Newport-Gwent Dragons in Rodney Parade on Friday night.

Defending champions Connacht Rugby will be looking to bounce back from their opening-round defeat to Glasgow Warriors when they test the title credentials of Ospreys in Galway. 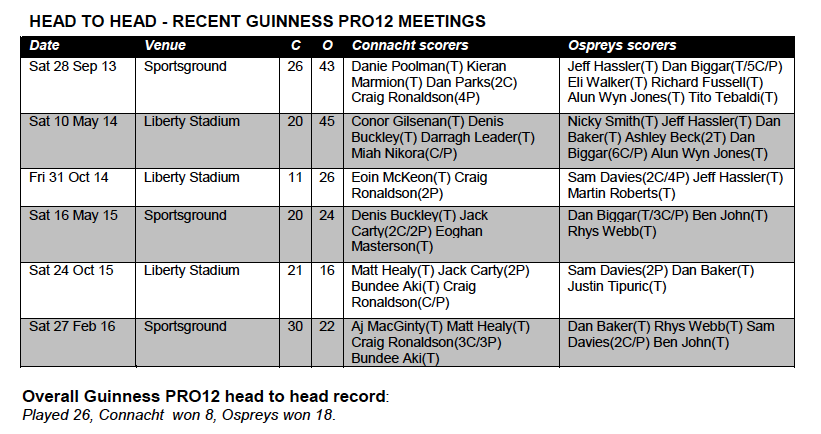