The exciting and record-setting rugby on offer in the Guinness PRO12 this season has driven up the anticipation for the Championship’s first-ever Big Weekend.

The tournament organisers have taken the Guinness PRO12’s tribal clashes and new rivalries and grouped them into six rounds across the season to give supporters an unprecedented showcase of rugby within Ireland, Italy, Scotland and Wales.

Some of the biggest rugby stadiums across the UK and Ireland will host fixtures in Round 6, including Aviva Stadium, Dublin; Liberty Stadium, Swansea and BT Murrayfield, Edinburgh. The Big Weekend will also seek to create new rivalries between the Italian and Scottish teams outside of their own national derby games.

The Big Weekend also seeks to provide clubs from the Guinness PRO12 the best possible preparation for European competition ahead of the first rounds of the Champions Cup and the Challenge Cup.

Ulster Rugby remain the only unbeaten team in the Championship after five rounds but they will have a tough challenge going up against defending champions Connacht Rugby, who finally claimed their first win of the season against Edinburgh Rugby last weekend.

The Scots will now entertain Benetton Treviso in Edinburgh and with both sides having won just one game each so far they will be battling it out to get some rhythm going ahead of their European campaigns.

Leinster Rugby and Munster Rugby will meet at Aviva Stadium, venue for this season’s Guinness PRO12 final, with each province enjoying strong form with four wins out of five. Zebre Rugby will hope that their strong home performances can translate into a first victory of the season as they host Glasgow Warriors, who lie in sixth position but are just five points away from Championship leaders Ulster.

The Friday night game in Swansea’s Liberty Stadium between Ospreys and Cardiff Blues will see best performing Welsh regions come together in a game that where both sides will be eager to regain momentum after fast starts to the season. 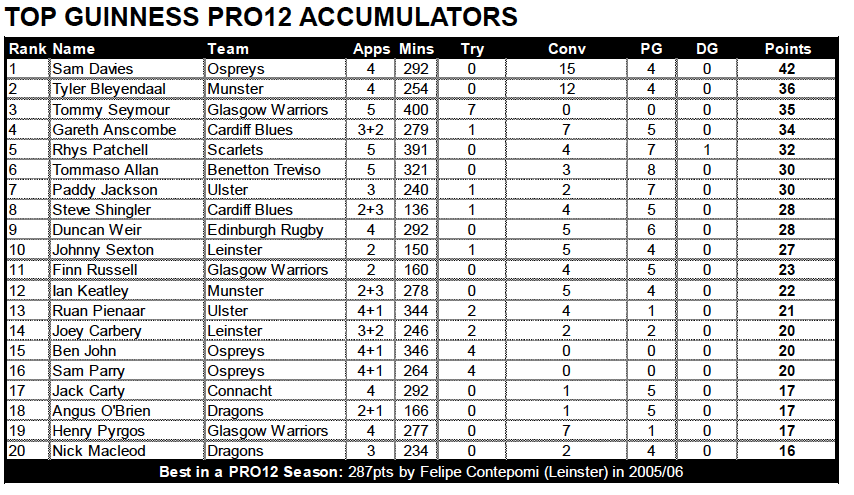 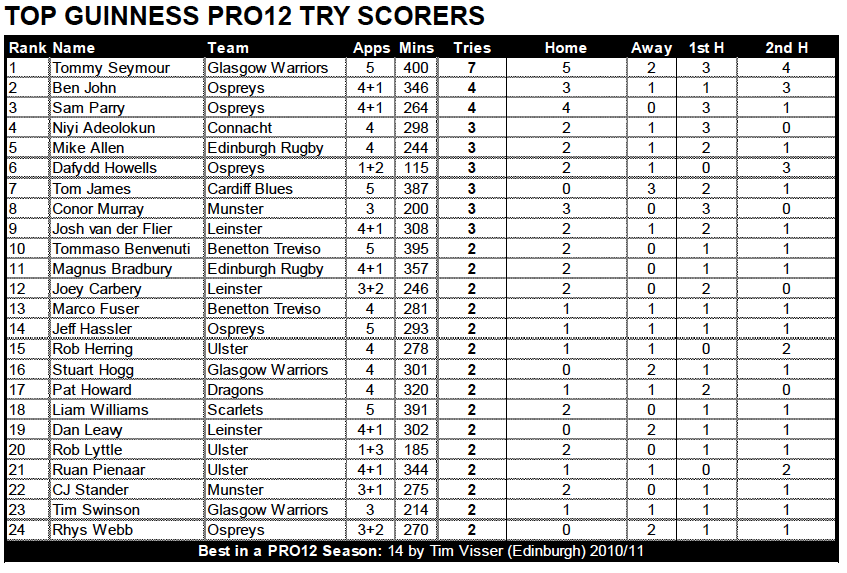