It’s back to Guinness PRO12 action for the Ospreys this weekend with Championship leaders, Leinster, the visitors to the Liberty Stadium this Saturday afternoon (3pm KO).

Just four rounds remain in the hunt for glory and six clubs – all former Championship title winners – are chasing hard to take part in the Final Series while behind them teams from all four participating countries are competing to secure their places in next season’s Champions Cup.

Connacht Rugby will make the trip to Myreside on Friday night where Pat Lam’s men will be looking to rebound from their loss away to Zebre Rugby last weekend. An Irish victory on Scottish soil would all but end Edinburgh Rugby’s mathematical hopes of making the Champions Cup play-offs depending on how Cardiff Blues get on against Ulster Rugby.

Les Kiss’s team need to collect maximum points against the Blues at Kingspan Stadium before they face into their final three games against Munster Rugby, Ospreys Rugby and Leinster Rugby.

On Saturday Zebre will look to put the pressure on Benetton Rugby Treviso in their contest to earn the right to represent Italy in the Champions Cup next season – Newport-Gwent Dragons will visit Parma to take on a Zebre team riding high after their win over Connacht.

Treviso make the trip to west Wales to face Scarlets, who are also fighting to inch their way into the top four and take advantage of any points dropped between Munster Rugby and Glasgow Warriors who kick-off at Irish Independent Park at the same time (7.35pm) on Saturday night.

Pick of the Round Ospreys Rugby v Leinster Rugby

Leaders Leinster Rugby face a tough trip to Swansea to take on Ospreys Rugby at 3pm on Saturday. Ospreys are in third place and keen to earn a home semi-final and this result could prove pivotal between two clubs who share the most Championship titles between them.

There is a serious history between the teams, with Ospreys winning two Finals at Leinster’s home ground in the RDS and this result could put the pair on a collision course to meet once again in the knock-out rounds.

Leinster face a challenging run-in against Ospreys, Connacht, Glasgow Warriors and then Ulster and they will need every point their can get their hands on in order to remain in position to secure a home Semi-Final.

This promises to be a tense and thrilling occasion between two teams who will have ambitions of running out at Aviva Stadium on May 27 at the Guinness PRO12 Final. 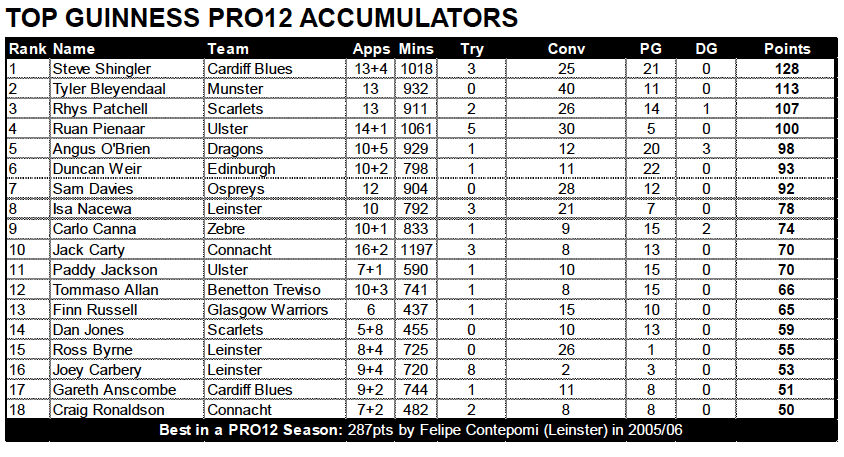 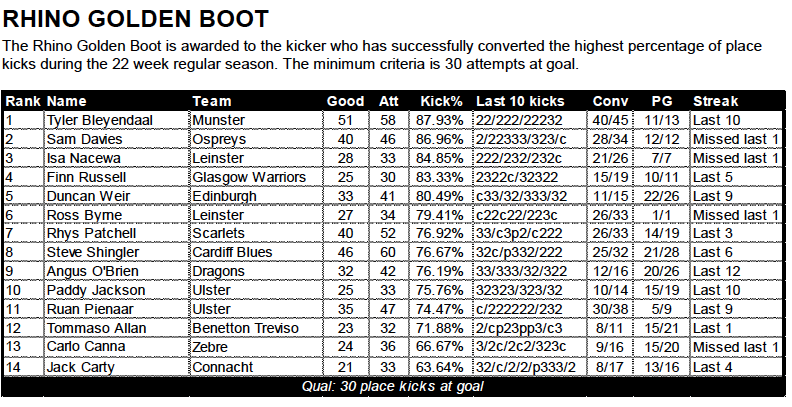 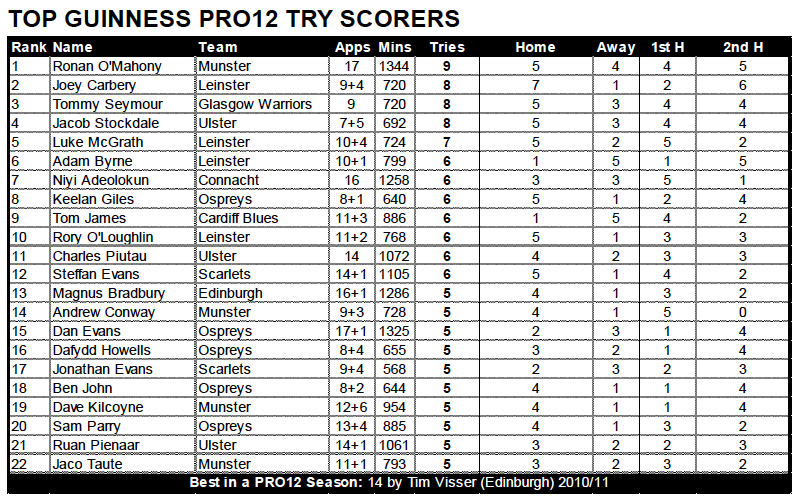