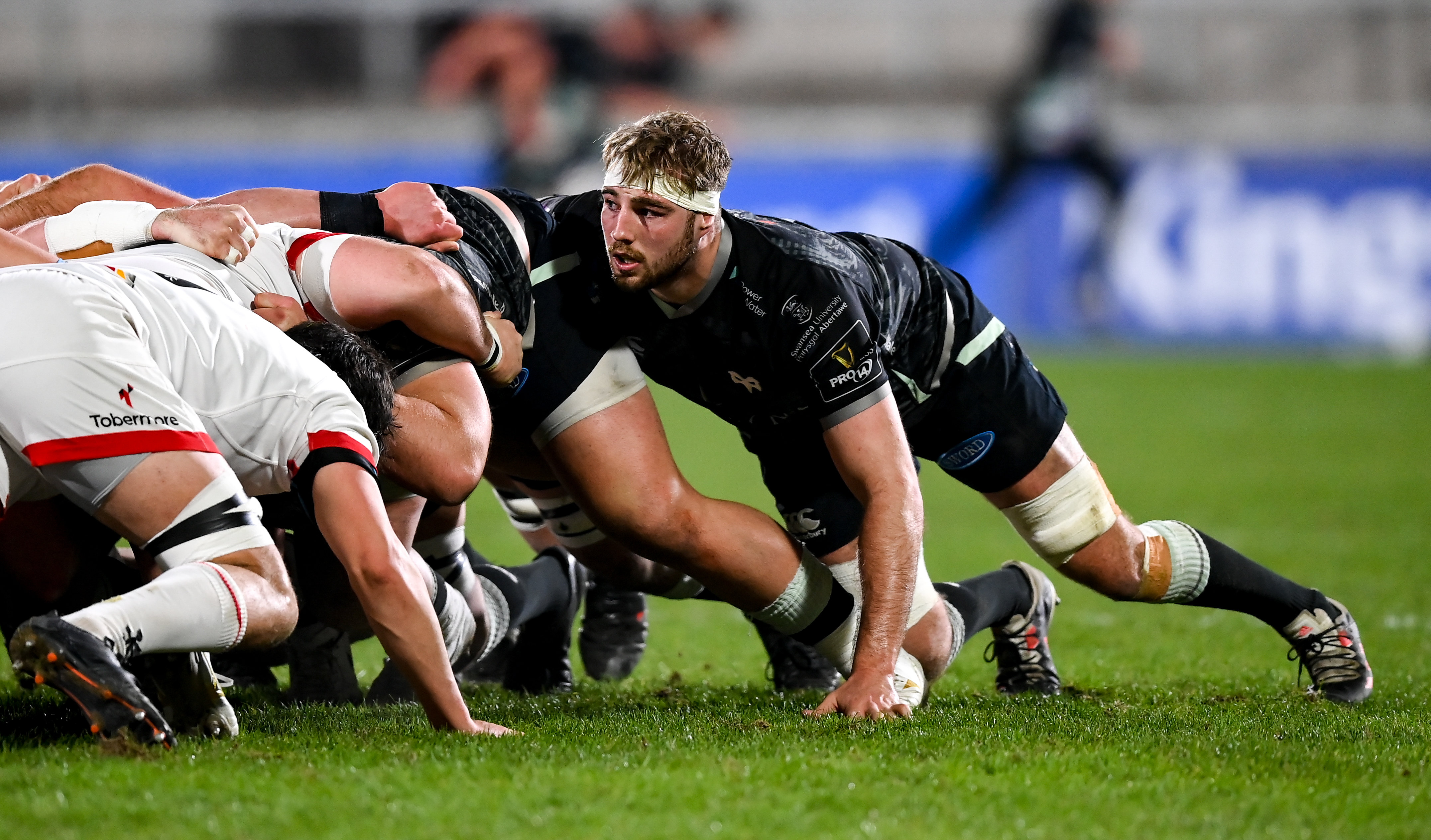 Griffiths extends stay at the Ospreys

Lock Will Griffiths has extended his stay at the Ospreys and signed a new two-year deal.

A former Wales U18s captain, Griffiths is a respected figure in the squad and is one of group of young homegrown players being blooded by Head coach, Toby Booth.

Griffiths, 22, stands at 6ft 5ins and weighs in at 18st and 2Ibs, has been lauded for his leadership skills and as a lineout operator.

He is a product of the Ospreys Player Pathway Programme, having played for the Ospreys Academy and Development teams and Swansea RFC.

Griffiths made his Ospreys debut against Stade Francais in 2018 and has now played 25 games for the first team.

“This is my home region, I grew up watching the Ospreys and players like Duncan Jones and Richard Fussell, who are now coaches here, and I have a real connection with them. I know all the boys here really well because I grew up playing with them.

“We have a got blend of experienced and younger players here now.  This season has been good for me because I am playing and I just want to push on and keep playing.

“We have some great second rows here and that is a good challenge and means there is competition for places and that you have to perform and play well.

“But it also means you learn off those senior professionals and they push you to train harder and play well to earn a place in the team.

“There is a really good feeling here now and we are building a ‘new’ Ospreys and putting the last few years behind us, we have new coaching staff and we are really kicking on.

“It’s an exciting time and we are really moving forward.”

Will Griffiths
“There is a really good feeling here now and we are building a ‘new’ Ospreys and putting the last few years behind us, we have new coaching staff and we are really kicking on."

“Will had a taste of senior rugby last year but he has really kicked on during this campaign. He is an intelligent rugby player, with a good rugby brain and his shown real versatility, playing across the back five of the forward pack for us.

“Will is an exciting prospect and reads the game exceptionally well and has shown real leadership qualities for us already this season.