Get your Harlequins tickets now!

Season members are reminded that you have one week to collect your match ticket for the Ospreys’ historic return to St Helens on Friday 11th November when they play Harlequins in the Anglo Welsh Cup.

The home of Swansea RFC, scene of so many memorable sporting moments for more than a century, is the venue for the first game of this year’s competition, the first time that the Ospreys have played at their former joint home since moving to the Liberty Stadium in 2005.

This match is covered by an Ospreys 2016/17 season membership and, to enable smooth match day planning and ensure nobody is disappointed, members have until Wednesday 9th November to secure their match ticket by contacting the Ticket Office, as has been the case in previous seasons for Anglo-Welsh Cup games played away from the Liberty Stadium.

Seating is limited and is initially reserved for premium season members and Premier Club members, on a first come, first served basis. After the members’ cut-off on 9th November, any unsold stand tickets will go on general sale.

For non-season members, ticket prices for this game £10 for adults with U16s free. Tickets are on sale at the Liberty Stadium Ticket Office and at www.ospreysrugby.com/buytickets.

Although the seafront venue has hosted age-grade fixtures and regular training sessions in the 11 years since then, the 23-16 Celtic Cup win over Ulster in in April 2005 was the last time it hosted a senior Ospreys match. Current Head Coach, Steve Tandy, and Managing Director, Andrew Millward, both featured that evening alongside Paul James.

Having kicked off the competition in SA2 on the 11th November (7.35pm KO), the Ospreys then make the short trip up the M4 to face Cardiff Blues the following Friday (18th November, 7.15pm KO).

It is the turn of Bridgend Ravens to play host in Round 3, welcoming Bristol for a 3pm kick-off on Saturday 28th January, the eighth time that the Ravens have hosted a competitive Ospreys fixture since November 2010.

The pool stage of the Anglo Welsh concludes on Sunday 5th February with a second trip of the season to the Ricoh Arena following the Singha Premiership Sevens in August, for a 3.00pm kick-off against Wasps. 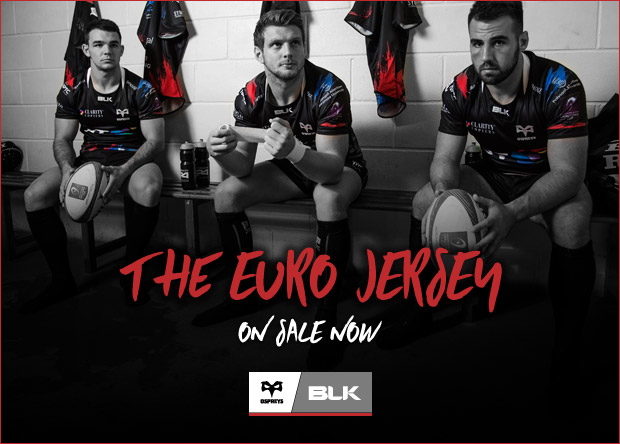