The brand new 2017/18 Ospreys training range by Canterbury will be revealed online on Friday (14th July), with an instore launch event at the Liberty Stadium Club Shop a week later (21st July).

The stunning new range will be available to pre-order from the 14th via a new look retail website at shop.ospreysrugby.com powered by the region’s new title partner Lovell Rugby, the world’s largest online rugby retailer, ahead of the on-sale date of the 21st.

The on-sale date will then see the Club Shop at the Liberty Stadium hosting a special instore event to mark the release with player appearances and competitions.

Lovell Rugby were announced as the region’s title partner earlier this summer and their logo will now feature on the front of the senior team shirt and on selected training wear.

With more than 25 year’s experience of the sports industry, the company moved from traditional retail to e-commerce in 1998, since when they have established themselves as a leading brand well known to the global rugby community.

The Ospreys’ online store will be powered by Lovell Rugby following its revamp in line with the training kit pre-launch on the 14th, using their knowledge and expertise to improve and grow the Ospreys’ retail offering for supporters.

Ospreys supporters can also now follow Ospreys Retail on Facebook and Twitter, with the user name of @OspreysRetail on both, to stay in touch with all the latest kit and merchandise releases, exclusive deals and exciting competitions.

“The players and coaches have been blown away by the training kit provided by Canterbury and I’ve no doubt that supporters will feel the same way. It’s fantastic quality and looks great, and really takes the Ospreys onto another level.

“The training kit will be available to pre-order online from Friday at the new look shop.ospreysrugby.com powered by Lovell Rugby, with a special launch event at the Club Shop at the Liberty Stadium on the 21st where supporters will be able to see for themselves how good this kit is. That will, I’m sure, only serve to whet the appetite for the new kit reveal in August and the eagerly awaited first ever Canterbury Ospreys jersey for the new season.”

“I think I speak on behalf of everyone at Lovell Rugby when I say it’s an honour to be involved with a club of the Ospreys magnitude. Working alongside the Ospreys as well as a quality kit manufacturer and brand in Canterbury, we’re looking forward forming a successful and winning partnership, producing products that both players and fans alike will be proud to wear.”

The full range of Canterbury 2017/18 Ospreys training wear will be available instore from 10am on Friday 21st July in the Club Shop at the Liberty Stadium. 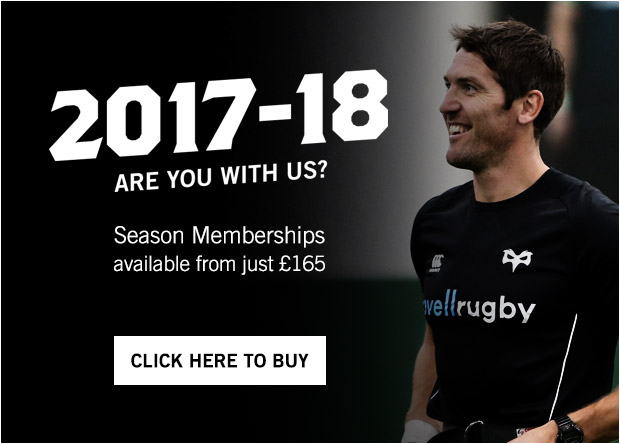